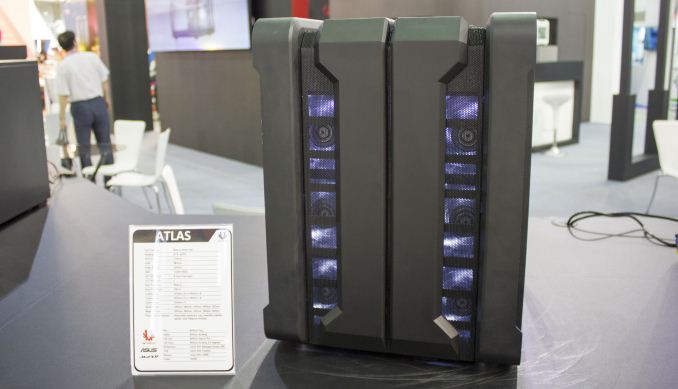 BitFenix had one new case on the show floor called the Atlas. It's a massive "dual-chamber" design that aims to build a very clean look since the PSU, hard drives and basically all the not-so-pretty components are placed behind the motherboard.

I've added more shots of the Atlas in the gallery above. One interesting detail is the screw-less hard drive bays, although in a case this huge only four bays is a little limiting. Personally I feel that Atlas mostly wastes a lot of space by focusing solely on creating a cleaner look. Nowadays there are many cases that hide the PSU fairly well and with good cable management you can achieve a clean look without twice the size. I guess the Atlas could still have a niche for users who really need a lot of space for e.g. radiators, but I feel like it's more of a concept at this point rather than a final product. 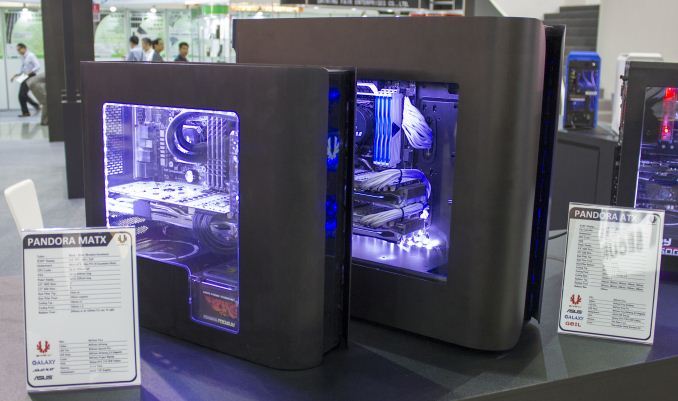 While nothing new, BitFenix also had its Pandora mATX and ATX cases on display. 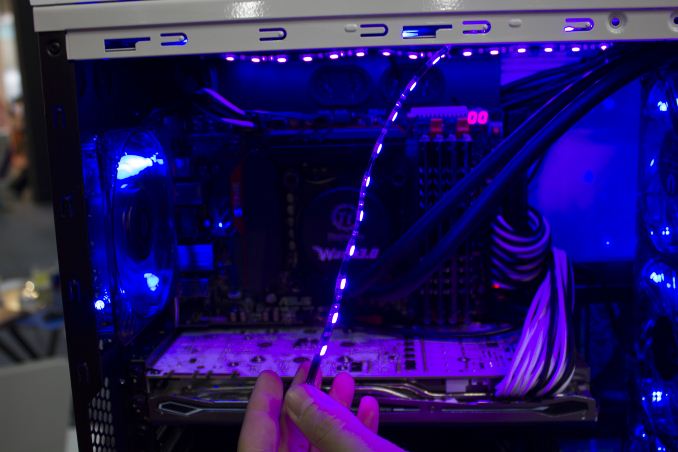 BitFenix had its own LED light stripes inside every case, which light the system up and give the user the ability to properly see the components inside. You only need two stripes for lighting the innards and obviously the stripes are available in multiple colors to fit everyone's preference. I asked about an RGB version, but I was told that and RGB version couldn't produce as pure colors and producing white light (which is one of the most popular models) wouldn't be possible at all. In addition, RGB would add unnecessary cost due to a controller requirement, so at least for now BitFenix is only shipping single-color stripes.