Best Desktops for Under a Grand 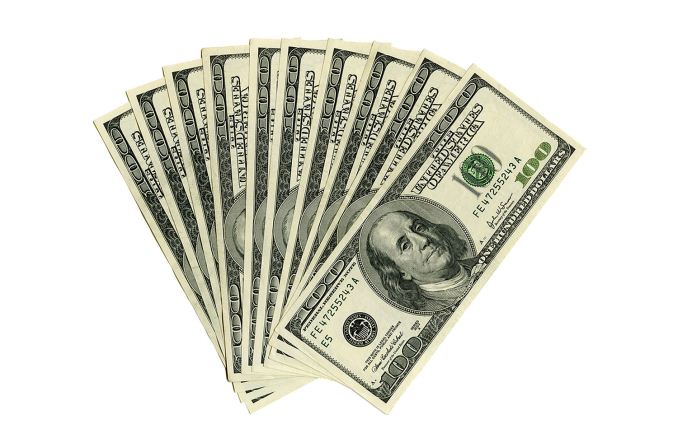 Following up on last week's Best Budget PC Guide, today we have midrange systems with roughly twice the cost. Of all the systems types to configure, the midrange market can be the most difficult. With budget systems you're often limited in what you can do by price constraints while at the high end the best components are usually pretty clear cut choices; for midrange builds there are many factors to consider. One of the core questions you always need to answer is: what do you want to do with the system? Office PCs will often have a different goal than something for a student, and there are many ways to adapt a particular system to fit the needs of the user. We have two configurations again, one AMD and one Intel, with optional graphics cards for those who want a system capable of handling the latest games. Let's start with AMD:

Right from the first component choice – the APU – we have plenty of things to consider. I've tailored the above build more towards performance than price or power, so the A10-7850K is really the only APU that makes sense. (You can make an argument for an AM3+ CPU like the FX-6300 or FX8320, but considering that platform has been around a while and is basically fading away I'm hesitant to recommend that route.) Besides the quad-core (dual-module) CPU portion of the APU, the 7850K has the full 512 core (eight Compute Unit) GPU. The A10-7800 is an option to consider at its $155 MSRP, but the only place I can find with the part in stock charges $166; for $4 more you might as well just go whole hog and get the 7850K. Dropping down to an A10-7700K will lose two of the GPU CUs and 200MHz off the CPU for $15, so it's also worth a thought, but if you don't need faster GPU performance you might as well go for the A8-7600 for $110 at that point. 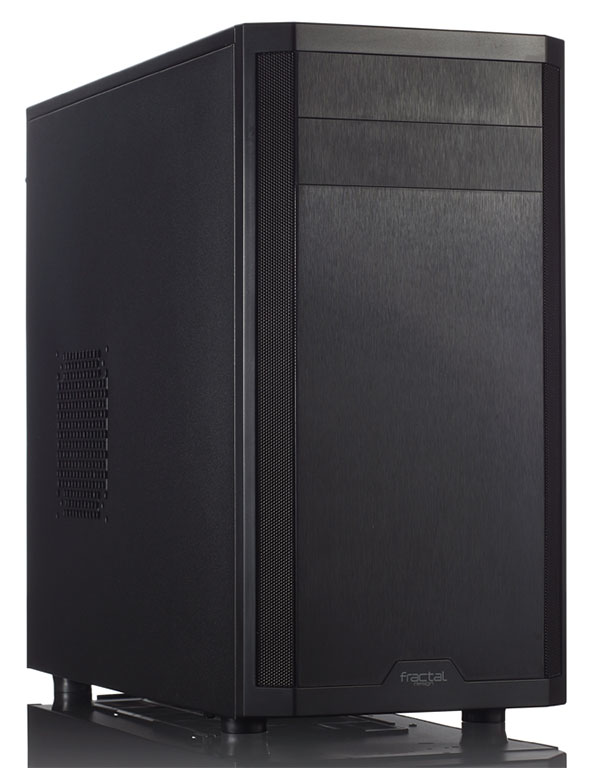 For the rest of the system, the MSI motherboard has AMD's latest A88X chipset, we've selected DDR3-2133 RAM to provide increased bandwidth for the APU graphics, and the case is Fractal Design's latest Core 3300 (though you can use the case in the Intel build as an alternative). For storage, we've again included both an SSD for the OS and apps with a rather large 2TB HDD for mass storage; you could easily drop the HDD if you don't need that much storage, but for any modern system I simply refuse to leave out an SSD. The Crucial MX100 isn't the fastest SSD on the planet, but the price makes it incredibly attractive. Finally, the power supply may be overkill for the base build, but having some power to spare means adding a graphics card is always an option.

Speaking of graphics cards, while the APU graphics will do fine for most tasks and even light gaming, if you want to be able to play most games at 1080p with medium or higher detail settings, a dedicated graphics card is required. Here we've listed two options: NVIDIA's GTX 750 Ti (Maxwell) card and AMD's R9 270X card. The AMD card is faster and costs more, and it also uses a lot more power; if you want 1080p with high quality settings in most games, that's the card to get (and it's reflected in the price of the system with the GPU). NVIDIA's GTX 750 Ti on the other hand uses less than 75W and doesn't even require a PCI-E power adapter, and it can still run most games at medium to high settings and 1080p. Either GPU is certainly worth considering, at least if you want to play games – and if you don't, just get the core system and you can always add a GPU at some future date.

The Intel system this round ends up costing about $50 more than the AMD setup, thanks to a more expensive CPU and motherboard. There are ways to keep the prices closer, but overall the i5-4590 strikes a good balance of price and performance. It's about $25 less than the slightly faster i5-4690 but only around 3-5% slower, and unless you plan on overclocking it should offer everything you need. As we discussed in our recent CPU State of the Part, looking at overall system performance Intel's processors make a lot of sense for those that want a faster system. 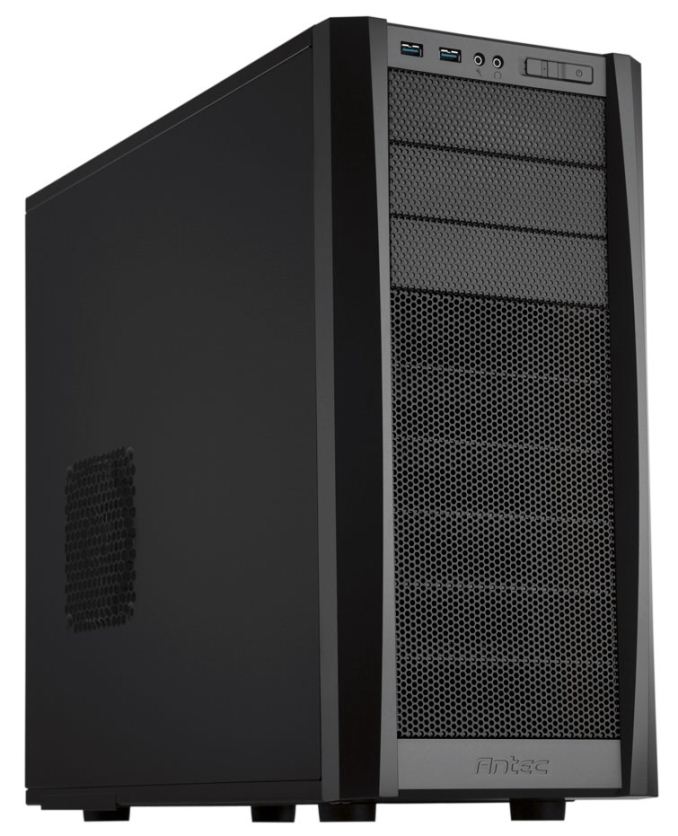 The motherboard this time comes from ASRock and features Intel's latest Z97 chipset, and for the RAM we elected to go with a 1.5V kit of DDR3-1866 memory. While faster memory can help with the processor graphics on AMD's APUs, for Intel's CPUs the HD 4600 is usually limited by other factors than bandwidth. The same caveats about the storage components apply here as well, but if you're looking for alternatives the Samsung EVO 840 250GB is generally slightly faster than the Crucial MX100 while costing about $20 more.

The case for our Intel setup is an Antec Three Hundred Two, which is another popular option. Optional graphics choices can add a boost to gaming performance if you need it, but again a faster GPU could easily be added later on. If you're sure you won't want to add a dedicated GPU later, you can also save money on the PSU by going with the 300W Seasonic we used in our budget PC guide.

On either system, it's of course possible to go for a smaller micro-ATX case and motherboard. The prices are typically comparable and these days the only thing you're really sacrificing are expansion options, but considering many people don't run anything more than a hard drive and SSD along with a GPU, you really don't miss much. For mATX cases, you might like the Rosewill Line-M or Silverstone SST-PS07B. As far as mATX motherboards, the ASRock Z97M Pro4 would work well for the Intel platform, or for AMD the Gigabyte GA-F2A88XM-D3H will even save you a few bucks compared to the MSI board we listed above.

As before, we've elected to leave out the OS, keyboard, mouse, and display; these are all commodity items and most people have existing accessories they can carry over from an old PC. You can always use a free OS like Ubuntu or some other flavor of Linux, whereas Windows will generally add $100 to the total. As far as displays go, I'm a sucker for larger displays and I've been using 30" LCDs for most of the past decade – one of the best investments I've ever made in terms of computer hardware! For a good midrange display, I'd give serious consideration to the 27" 2560x1440 panels that start at around $300; if you don't want something that large (or expensive), there are also plenty of 23-24" IPS/VA displays for around $150.

Finally, let's quickly talk about pre-built systems and why I don't generally recommend them. Really, it comes down to one thing: the refusal of the big OEMs and system builders to deliver a competitively priced desktop that includes at least a good quality 250/256GB SSD (or even a 128GB SSD). $500 will get you a Core i5 or AMD A10 processor, 4-8GB RAM, 1TB HDD, and whatever case and power supply the OEM uses. Generally speaking, you get fewer features, lower quality parts, and a less attractive design – but you do get a valid Windows license along with a low-end keyboard and mouse.

We could easily take the above systems and remove the SSD and drop down to a 1TB HDD to save $140. Using lower quality motherboards can shave off another $30-$50. Wrap things up by using a cheaper case and power supply (another $50 saved) and guess what you have: a less desirable system for one, with a base price of $450 or so. Buy a Windows license and you basically have the equivalent of a pre-built system.

It's not that OEM systems are necessarily terrible, but it's the age old story: you get what you pay for. I for one would much rather have a decent SSD, motherboard, case, and power supply. You can pay a system integrator to put something together as well, but even then your choice of parts is often limited and the prices are typically higher than if you DIY.