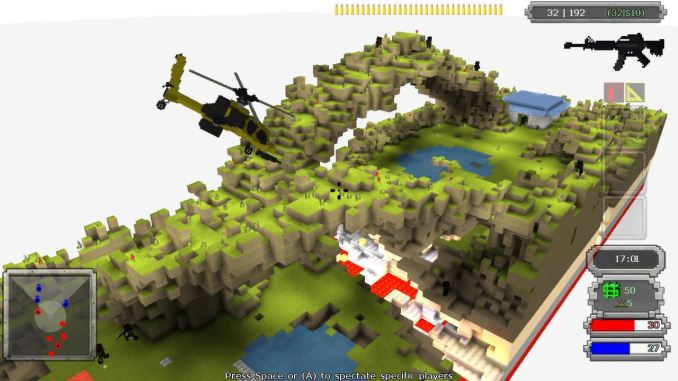 Things are winding down, and with yesterday's less-than-compelling (for me anyway) Eve Online bundle I had hoped we'd see something with a bit more teeth today. Well, guns, zombies, and orcs have teeth of a sort, right? Here's the short list of the three games in the latest daily bundle:

Guncraft looks to be the best offering here, and with a normal price of $14.99 it’s certainly worth picking up for a buck. $2.50 to unlock Ravaged (normally $14.99 as well) will likely end up being an extra $1.50 donation for a game you don’t play, but I’ve done worse things. As for the orcs (or orks if you prefer) and their intestinal issues, perhaps it will prove humorous to some of you, but I’m going to have to pass gas on that one. (*Cough*, excuse me!) With only one more bundle remaining, I’m hoping Humble ends this two week stint on a high note. (Erm…sorry, again.)