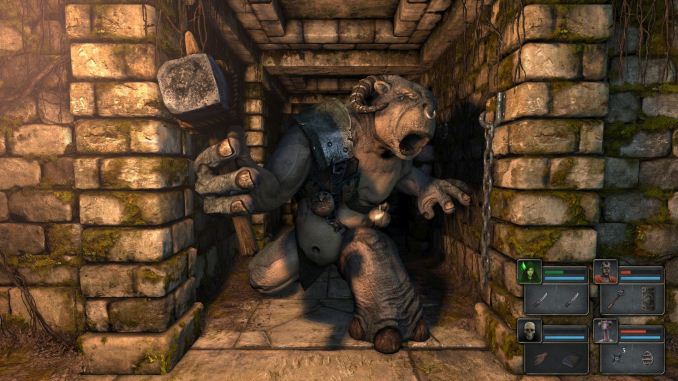 We’re nearing the end of the two weeks of daily Humble Bundles; so far we’ve had a couple bundles that were repeats, with most of the bundles being smaller bundles of indie games. Today’s update consists of three RPGs, two that are a bit more in-depth and one that’s a shorter rogue-like game that can be played in approximate 10-minute intervals. Here’s the quick summary:

As a long-time RPG player (yes, I actually played the original Wizardry and Might and Magic games), this bundle is more my style than some of the other bundles, so this is one I’m planning to buy. All of the games have received decent reviews, and while the total bundle value is “only” around $35, that’s still one third the price for three games I’d like to play. If you have a similar hankering for classic RPGs, there are far worse ways you could spend $10. And I’m sorry if this is a bit late, but there are still 14 hours remaining; happy dungeoneering!

I'm not going to do a separate post on this one, as it's not something I'm particularly interested in promoting, but the 12th Daily Bundle is for Eve Online. You get the Amarr Arms Dealer Starter Pack that includes some starting items and 30 days of game time (only usable with new accounts), and if you beat the average you receive the Vanity Pack with a custom skin for the Punisher Frigate and some additional apparel for your character. And if you want to go all-in, $20 or more will also net you a PLEX (Pilot's License Extension).good for another 30 days of game play. After your trial period, your account will convert to a standard paid account, which you can then cancel at any time. And that's the reason I don't particularly care for this bundle, as I'm simply not a fan of any of the MMOs. YMMV.