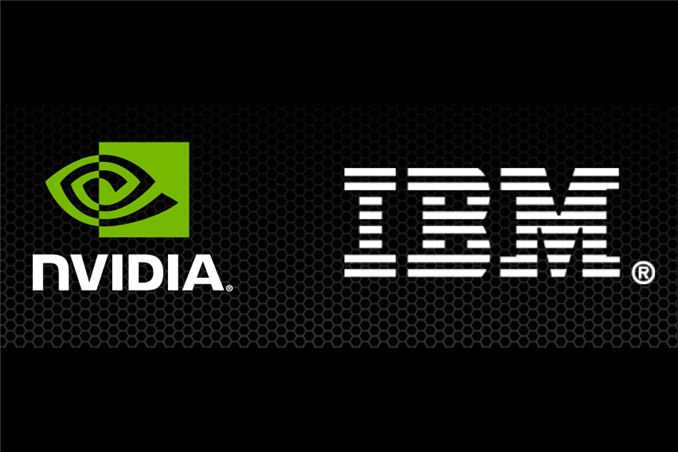 Our other piece of significant NVIDIA news to coincide with the start of SC13 comes via a joint announcement from NVIDIA and IBM. Together the two are announcing a fairly broad partnership that will see GPUs and GPU acceleration coming to both IBM’s data analytic software and to the IBM Power supercomputers running some of those applications.

First and foremost, on the software side of matters IBM and NVIDIA are announcing that the two are collaborating on adding GPU acceleration to IBM’s various enterprise software packages, most notably IBM’s data analytic packages (InfoSphere, etc). Though generally not categorized as a supercomputer scale project, data analytics can be at times a significantly compute bound task, making it a potential growth market for NVIDIA’s Tesla business. 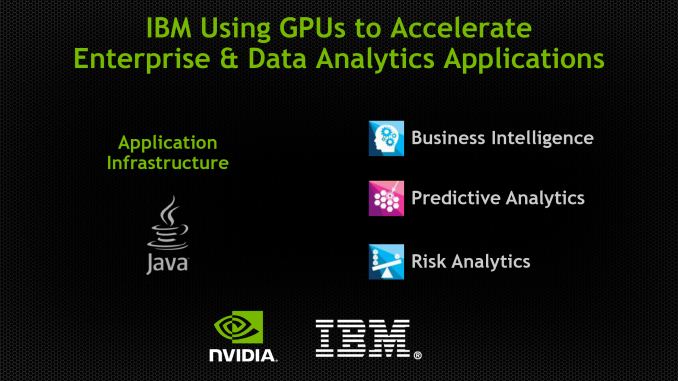 NVIDIA has already landed somewhat similar deals for data analysis in the past, but any potential deal with IBM would represent a significant step up for the Tesla business given the vast scale of IBM’s own business dealings. NVIDIA is still in the phase of business development where they’re looking to vastly grow their customer base, and IBM in turn has no shortage of potential customers. But with that said this is an early announcement of collaboration, and while we’d expect IBM and NVIDIA to find some ways to improve their performance via GPUs – primarily on a power efficiency basis – it’s far too early for either party to be talking about performance numbers.

Of course IBM is very much a vertically integrated company, offering mixes of software, hardware, and services to their customers. So any announcement of GPU acceleration for IBM’s software would go hand in hand with a hardware announcement, and that’s what’s occurring today.

So along with IBM and NVIDIA’s software collaboration, the two are announcing that IBM will begin building Tesla equipped Power computers in 2014. IBM announced POWER8 back at Hot Chips 2013, and along with a suite of architectural improvements to the processor itself, it’s the first Power chip to be specifically designed for use with external processors via its CAPI port, and as such it’s the first POWER chip well suited for being used alongside a Tesla card. 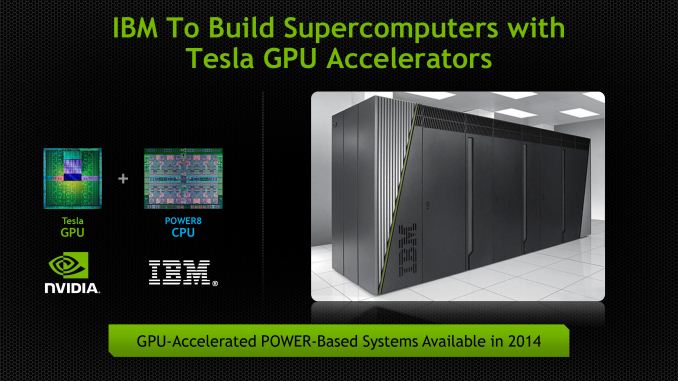 At this point NVIDIA and IBM are primarily talking about their hardware partnership as a way to provide hardware for the aforementioned software collaboration for use in data centers and the like, itself a new market for Tesla. But of course there are longer term implications for the supercomputer market. Power CPUs on their own have been enough to hold high spots on the Top500 list for years – BlueGene/Q systems being the most recent example – so the combination of POWER CPUs and Tesla GPUs could be a very potent combination in the right hands. As well as the x86 market treats NVIDIA, there are a number of users of Power and other less common architectures that NVIDIA cannot currently reach, so being able to get their GPUs inside of an IBM supercomputer is a huge achievement for the company in that respect. And if nothing else, this announcement gets NVIDIA a close CPU partner in the server/supercomputer market, which is something they didn't have before.

On a final note, it’s worth pointing out that all of this comes only a few months after IBM formed the OpenPOWER Consortium, of which NVIDIA is also a member. For the moment we’re just seeing the barest levels of integration between NVIDIA’s GPUs and IBM’s POWER CPUs, but a successful collaboration between the two would leave the door open to closer works between the two in the future. Both companies offer licensing of their respective core IP, so if NVIDIA and IBM wanted to make a run at the server/compute market with a fully integrated APU, this would be the first step towards accomplishing that.