This morning Apple pushed iOS 6.0.1 (10A525) live for iPads, iPod Touches, and iPhones that can run iOS 6.0. The update fixes a number of bugs that we noted in our review of the iPhone 5, including one which affected the keyboard and occasionally manifested itself with some rendering artifacts. In addition the update promises improved WiFi connectivity for BCM4334 based devices like the iPhone 5 and iPod Touch 5th generation on networks using WPA2 encryption.

The actual changelog is below:

This update contains improvements and bug fixes, including: 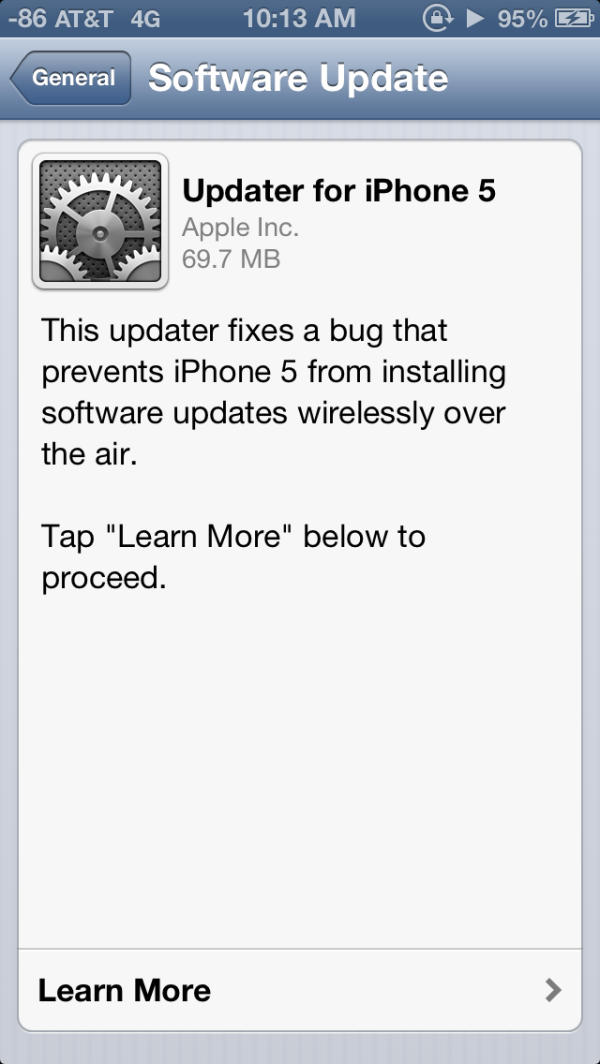 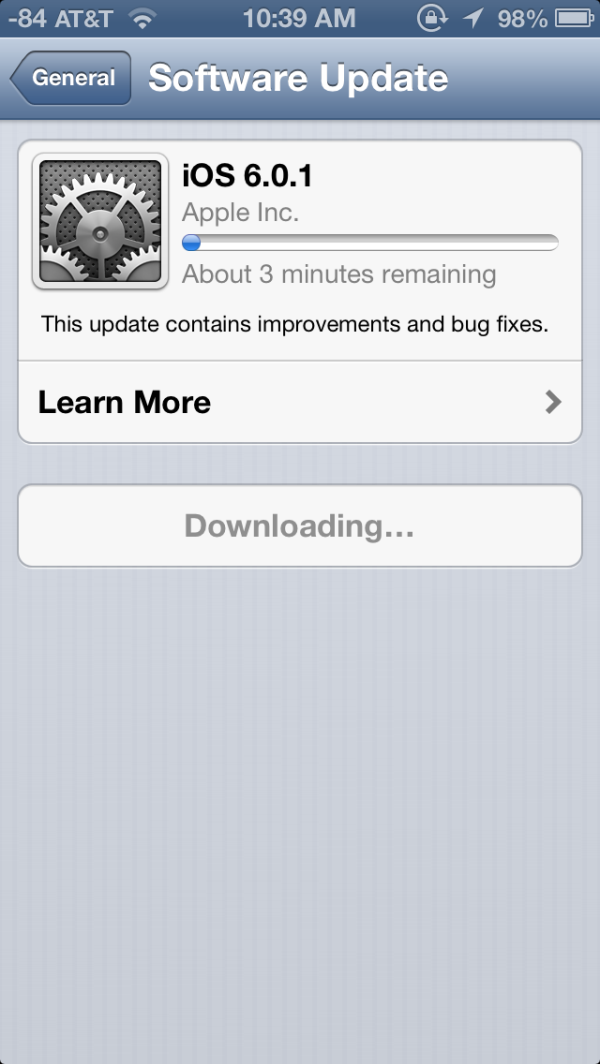 There's also note of a change to improve iPhone cellular connectivity. I'm hoping this resolves some issues I've seen where the iPhone 5 will randomly show no carrier string until after airplane mode is toggled. Curiously enough baseband version for the iPhone 5 remains 1.01.00.

In addition Apple has released iOS 6.1 Beta 1 and Xcode 4.6 for developers. iOS 6 B1 appears to have some new functionality for MapKit, but not much more at this point. What a day for Apple updates!