Palm WebOS, Pre and Pixi – Where Are We Now?

The last few weeks have seen a flurry of activity surrounding Palm, the former PDA and smartphone leader which, in recent years, has fallen on hard times. Given that, it’s probably a good time to take a look at where Palm and its excellent WebOS stand in the warp-speed environment that is the mobile smartphone world.

During the tech boom of the 90s, Palm helped develop and popularize a product which would change the world. The Palm Pilot became synonymous with the PDA, much like the iPod has since become with the MP3 player. Later, when the industry started moving away from those stand-alone PDAs to smartphones, Palm was once again at the forefront with its Treo devices. Around that time though, it started to lag behind other more aggressive and innovative companies and was regularly beaten to the punch both in sales and innovation. RIM’s Blackberry gained massive adoption throughout the corporate world and then Apple’s iPhone turned the industry on its ear with its huge, beautiful, touch-driven UI. Palm’s inability to keep up became something of lore in the area until CES 2009 when it seemed that the company had woken from a multi-year slumber by announcing an innovative new device: the Palm Pre, which featured a brand new, built from the ground up operating system. But now, more than year after that surprise announcement - is it all too little, too late? 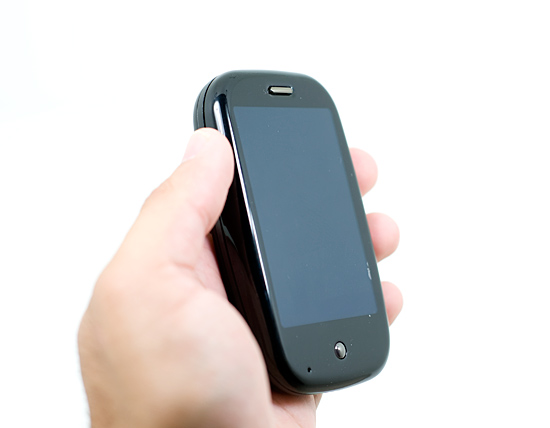 When it was first unveiled, Pre and its new operating system WebOS, instantly generated tremendous buzz across the smartphone and tech industry as a sort of resurrection for Palm, and possibly the first (at the time) legitimate competitor to Apple’s iPhone. The reviews, especially from technology enthusiasts, were heavily positive, and the company was lauded for going back to the drawing board and writing an operating system that was built, from the start, for a modern smartphone. Anand reviewed the Pre in June of 2009 and went as far as to say that there were things that the Pre did better than the iPhone (and some things it did worse). Ask most Pre users and you’ll likely hear a similar tale of love for their trusty device. The problem, though, is that you might have a hard time finding one of those users. Palm’s recent sales data – and subsequent tumbling stock price – back that up.

WebOS – done right from the start

The funny thing about the Pre is that its short comings are not with the operating system. WebOS is truly an innovation in a number of ways, not the least of which is the first completely usable and elegant multi-tasking solution for a mobile device. You can accomplish things with a WebOS phone that you couldn’t think of doing with other smartphones - namely flipping through half a dozen other applications - all while on a call, and not losing your progress in any of those apps. Picking up a Blackberry after using a Pre is akin to having the lights turned off. Both the Pre, and now the Pixi, feature rich, graphical interfaces, where tasks are easily accomplished and notifications are informative but not intrusive. Functions are easily and elegantly accessed and settings aren’t buried 10 levels deep in menus (shakes fist at Windows Mobile). Sure, the iPhone does this too, as do the growing host of Android-based phones, but WebOS jumps ahead here because of that multitasking bit. After using it for a while, you really will wonder how you ever lived without. Like PC’s, flat panel TV’s and a host of other items, there’s a lot of choice here, and they each have their advantages, even Blackberry’s utilitarian textual system. In most cases, carrier, region, cost, and of course your own personal preference are going to tell you what device is right for you. 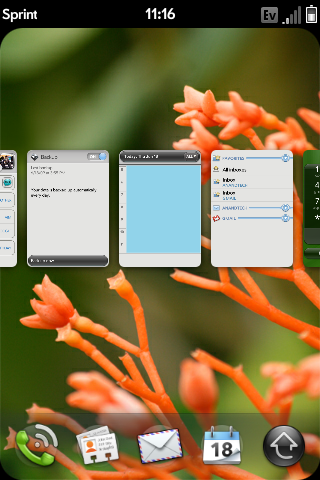 Naturally, WebOS isn’t without its faults. It’s clearly a first- or early- generation system, though in the post-iPhone smartphone world, calling anything in this area “first generation” is a little tough. That being said, there’s a little bit of polish left to be had on all of the WebOS-based devices in general. The good news is that Palm is releasing regular, fairly frequent software updates over the air. The even better news is that there is a very active app store (over 2000 applications as of this writing) along with a Homebrew community. If there’s a feature or setting that the core OS doesn’t handle, odds are that there is a Homebrew patch which does that and then some. What’s more, Palm seems to be slowly working some of these into WebOS natively. For example, WebOS 1.4 was just recently released, and with it came a host of changes, enhancements and additions. One of these was what would sound minor, but has been an asked-for feature for some time: an off-screen visual notification for a received text message, email, missed call. For some time there has been a Homebrew patch to accomplish this. It blinks the center button when there’s a pending notification. But in 1.4, it’s a built-in part of WebOS. Another much asked-for addition, included in this update is video recording – and basic editing capability - for the built-in camera. This sort of ongoing development is exactly what a manufacturer like Palm needs to keep people excited about its product especially when it involves listening to customers about desired features. And the Homebrew culture, well it’s quite the breath of fresh air when placed next to Apple’s system where every app is scrutinized and subject to possible rejection for seemingly no reason.

WebOS 1.4 also opens the door on Flash, another big item that gives Palm an interesting advantage over at least some of its competitors. Adobe Flash 10.1 is, as of this writing, in beta and this much-awaited release will bring the popular web environment to a variety of devices, including those running the Palm WebOS. It’s something that the iPhone doesn’t do (and if you believe Steve Job’s bluster, never will), so getting on the mobile Flash bandwagon right out of the gate is something of a coup for Palm, and a one up on Apple (at least some Android based phones will be supported as well).

Interestingly, which WebOS devices will be Flash compatible remains to be seen. At the moment, there is some question as to whether or not the Pixi will support mobile Flash. If a recent Adobe forum posting from an “Adobe insider” is to be believed, mobile Flash will only be supported on ARMv7 CPUs such as the Qualcomm Snapdragon and TI OMAP3 series. This is good for Pre and its ARMv7 generation TI OMAP 3430, but not so good for the Pixi and Pixi Plus which are built around an ARMv6 generation Qualcomm MSM7627.

The Flash issue is a fluid one, and there seems to be news breaking in this area frequently. Bottom line though, it seems a done deal that we’ll see Flash on the Pre (Palm’s CEO said, and demonstrated as much at CES 2010), Pixi might be another story.