In January, AMD launched their new quad-core Phenom II processors that were compatible with existing AM2+ motherboards and DDR2 memory. The new Phenom II processors were the first truly competitive AMD CPUs since Intel's introduction of the Core 2. The Phenom II 940 and 920, priced at $275 and $235, performed better than the equivalently priced Intel Q9400 and the Q8200. Now AMD has filled out the Phenom II line with five new models with integrated DDR3 and DDR2 support. 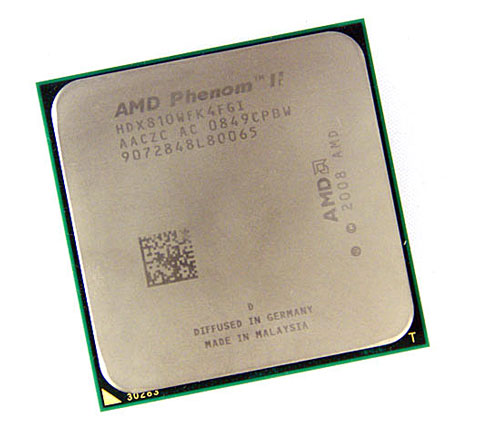 The first Phenom II processors, the 940 and 920, feature a DDR2-only controller and an uncore bus of 1.8GHz. These two models will be phased out over time and replaced with the 945 and 925, which should begin shipping in April. The 945/925 will run a 2GHz uncore speed and will feature the dual DDR2/DDR3 controller used on the rest of the newest Phenom II processors. This will matter to some but it is a moot point from a performance perspective, since we have not found any real performance difference in DDR2 and DDR3 on Phenom IIs that support both memories.

Intel's latest Core i7 is still as much as 30% faster in some applications than the Core 2 Quad/Phenom II processors, so AMD did not reclaim the ultimate performance crown. However, Core i7 is at present a high-end CPU, with prices starting at $300 and extending to over $1000 just for the CPU.

With AMD competitive again through the midrange of the CPU space, it is time to take a closer look at putting together systems with the new Phenom II processors. With a broad CPU price range of around $120 to $230, there are quite a few choices in processors for a Phenom II system.

Another typical buyer is attracted to the Phenom II because of the tremendous overclocking potential of the processor - something AMD fans have really missed for the last two years or so. As discussed in our overclocking analysis of the latest Phenom II, AnandTech reached 3.31GHz at stock voltage on the 2.8Ghz Phenom II 720 BE and 3.81GHz on the same CPU by increasing voltage and tweaking BIOS settings. That 36% overclock is something we often see with Intel Core 2 processors, but it is the best overclocking we have seen with an AMD CPU in a very long time.

Finally, there is the full-blown or performance Phenom II system. We hesitate to call this a High-End System, since the most expensive Phenom II is just $225. This is a very midrange CPU price. Our system components for the full-blown Phenom II are more upper midrange than high-end. That means we will not be pairing the Phenom II with a $1200 30" LCD monitor for 2560x1600 gaming. However, the CPU power is there if you aspire for more. You could definitely use a high-end graphics card and 30" monitor on a Phenom II 940 or 945 if you choose, and you would achieve superb performance.