What a difference a couple of years make when it comes to memory pricing. After the launch of the Core 2 processor family and AMD switching to the DDR2 AM2 based platform around the same time, we had DDR2 pricing soaring to new highs with prices of 1GB and 2GB kits increasing up to 100% during the summer/fall of 2006. Fast forward to today and we read headlines that things have gotten so bad in the DRAM market that the Taiwanese government is considering bailing out at least two of the DRAM manufacturers. We can see why now.

At the enthusiast level, 2GB of DDR2-1200 was selling in the $500~$700 range in late 2006 and those same kits can now be had for $83 and as low as $53 with a rebate. Even basic DDR2-533 2GB kits that we recommended in our winter 2006 buying guide once sold for $190 and now go for $15 or less. This price is not even enough to cover marketing and logistical costs to bring the memory to market in the US or Europe, much less provide a profit margin for the DRAM manufacturer or module supplier.

Will we see a similar pricing phenomenon once the transition from DDR2 to DDR3 begins in full earnest… but when will that be, later next year? We seriously doubt it, but one never knows in this industry. For the time being, DDR2 is still king when it comes to market penetration and as such, most systems will still require it in the foreseeable future. That means it is a good time for users to upgrade older systems or to purchase copious amounts of DDR2 memory for new system builds. 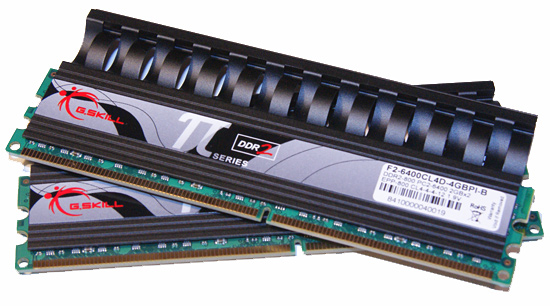 We recommend 4GB as a minimum at this time, even for 32-bit Vista, due to the small cost differential involved between the 4GB and 2GB kits. Regardless of what Bill Gates says, you really can never have enough memory. We also suggest sticking with DDR2-800 or higher memory speeds depending on the system being built or application usage. 2GB DDR2 kits (1GB is still used also) are still the choice for most benchmarking activities on DDR2 platforms and for those users we suggest kits with Micron D9 modules. The particular type of D9 is dependent upon an AMI or Award BIOS design plus the motherboard supplier.

We purchased all of our memory from the usual suspects like Newegg, NCIX, TigerDirect, Frys, or directly from the supplier in some cases to ensure our retail experience matched that of review samples provided by the suppliers. Fortunately for the suppliers so far, we have had almost identical results between the kits.

That said, the DRAM market is very volatile and suppliers have a bad habit of switching ICs in the middle of a production run. Sometimes this is good, but most of the time it is not in our experiences. Some of the module suppliers like Corsair will clearly identify the part number revision level on the module and they list the IC information on their website. We applaud this type of customer service. Others do nothing and that irritates us. Hopefully, regardless of price advantages, the memory suppliers will ensure continuity in the ICs utilized for each particular part number they advertise and at least follow Corsair's example.

Let's take a look at our selections for this holiday season and see if Santa thinks these suppliers are being naughty or nice.