Intel put the spotlight on Jim Fowler, executive vice president of Sun, as he showed off a mystery 2U server which contained four Xeon Tigerton 7300 CPUs. As always, Sun has produced a very slick and well finished design, and we took a look closer. 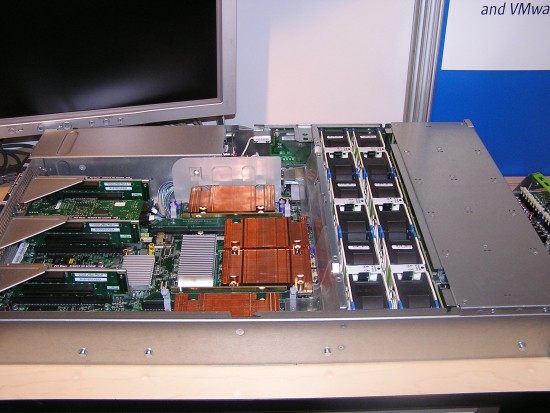 This new Sun server places a full "rack" of no less than 32 DIMMs on top of the Xeon MPs. 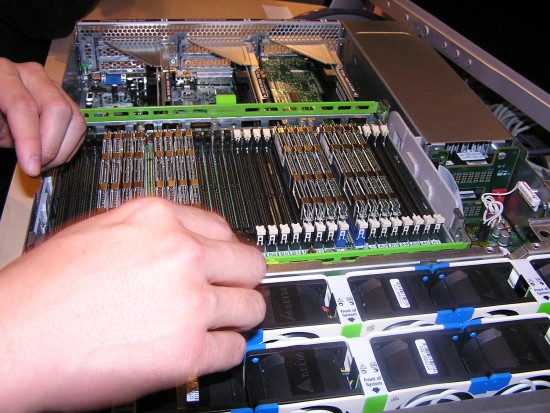 Here you can see what the server looks like once you have installed the DIMMs. 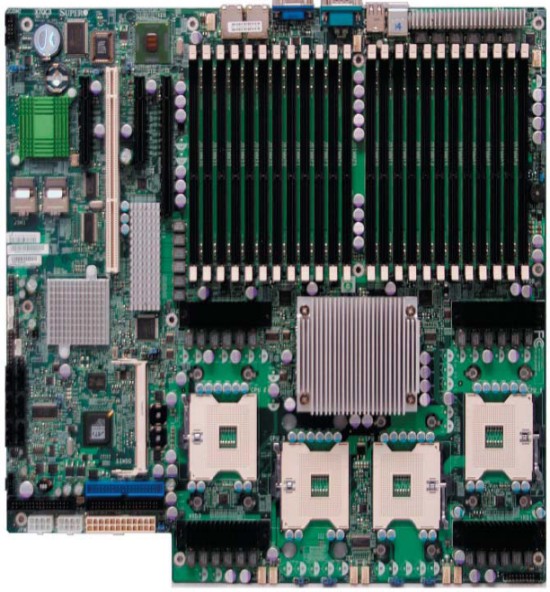 For those of you who think that four Xeon MPs in a 2U server is not dense enough, Supermicro developed the X7QC3 board. This board with support for Xeon MP 73xx and 24 DIMMs fits in a 1U server. 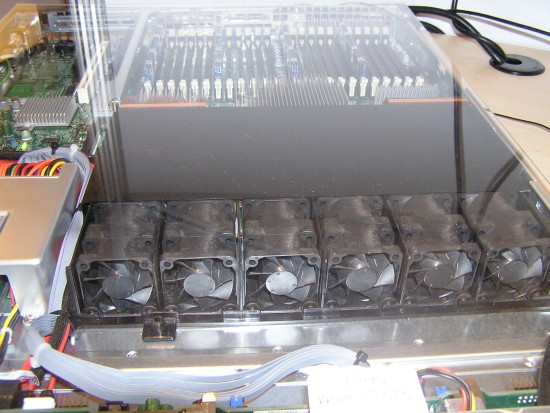 That is quite amazing as even the 130W 2.93GHz Xeon MPs can find a home in this server (Update: the 1U server support up to 80W per CPU, 2U and more support 130W CPUs). Remember that the Xeon MP 71xx CPUs are commonly found in 4U and 6U servers.

As many have previously speculated, Nehalem will have a smaller cache than Penryn, as its integrated memory controller reduces the need for a huge cache. A smaller cache means a smaller die, and this can result in higher clock speeds.

Solid state drives can deliver from 10 to 50 times more I/O operations per second than the traditional hard drives. It is only a matter of time before we will see much higher TPC-c scores with an excellent performance per dollar ratio. Gone will be the days that you need 70 to 100 disks per core to run TPC. While that is good news for the TPC-c benchmark people, it might also be excellent news for all those who are running intensively used databases... provided those databases don't require too much actual capacity.