A little bit more than a month ago, AnandTech published "No more mysteries: Apple's G5 versus x86, Mac OS X versus Linux" with the ambitious goal of finding out how the Apple platform compares, performance-wise, to the x86 PC platform. The objective was to find out how much faster or slower the Apple machines were compared to their PC alternatives in a variety of server and workstation applications.

Some of the results were very surprising and caught the attention of millions of AnandTech readers. We found out that the Apple platform was a winner when it came to workstation applications, but there were serious performance problems when you run server applications such as MySQL (Relational Database) or Apache (Webserver). The MySQL database running on Mac OS X and the Dual G5 was up to 10 times slower than on the Dual Opteron running Linux. 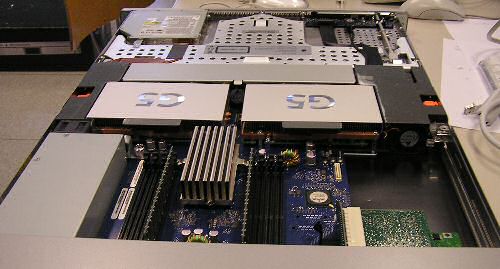 We suspected that Mac OS X was to blame as low level OS benchmarks (Lmbench 3.0) indicated low OS performance. The whole article was a first attempt to understand better how the Apple platform - Mac OS X + G5 - performs, and as always, first attempts are never completely successful or accurate. As we found more and more indications that the OS, not the CPU, was the one to blame, it became obvious that we should give more proof for our "Mac OS X has a weak spot" theory by testing both the Apple and x86 machines with Linux. My email was simply flooded with hundreds of requests for some Linux Mac testing...even a month after publication!

That is what we'll be doing in this article: we will shed more light on the whole Apple versus x86 PC, IBM G5 versus Intel CPU discussion by showing you what the G5 is capable of when running Linux. This gives us insight on the strength and weakness of Mac OS X, as we compare Linux and Mac OS X on the same machine.

The article won't answer all the questions that the first one had unintentionally created. As we told you in the previous article, Apple pointed out that Oracle and Sybase should fare better than MySQL on the Xserve platform. We will postpone the more in-depth database testing (including Oracle) to a later point in time, when we can test the new Apple Intel platform.

Why do we bother, now that Apple has announced clearly that the next generation of the Apple machines will be based on Intel? Well, this makes our research even more interesting. As you will see further in the article, the G5 is not the reason why we saw terrible, slow performance. In fact, we found that the IBM PowerPC 970FX, a.k.a. "G5", has a few compelling advantages.

As Apple moves to Intel, the only thing that makes Apple unique, and not yet another x86 PC OEM, is Mac OS X. That is why Apple will attempt to prevent you from running an x86 version of Mac OS X on anything else but their own hardware (using various protection schemes), as Anand reported in "Apple's Move to x86: More Questions Answered". Mac OS X will be the main reason why a consumer will choose an Apple machine instead of a Dell one. So, as we get to know the strengths and weaknesses about this complex but unique OS, we'll get insight into the kind of consumers who would own an Intel based machine with Mac OS X - besides the people who are in love with Apple's gorgeous cases of course.... 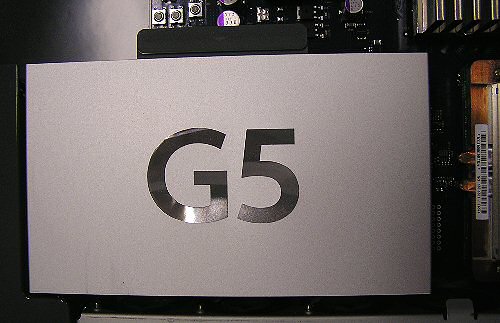 We also gain insight into the real reasons behind the move to Intel, and what impact it will have for the IT professional. Positive but very vague statements about the move to the Intel architecture have already been preached to the Apple community. For example, it was reported that the "Speed of Apple Intel dev systems impress developers". Proudly, it was announced that the current Apple Intel dev systems - based on a 3.6 GHz Intel Pentium 4 with 2 MB L2 Cache - were faster than a dual G5 2 GHz Mac. That is very ironic for three reasons.

Firstly, Apple's own website contradicts this in every tone. Secondly, we found a 2.5 GHz G5 to perform more or less like a Pentium 4 3 - 3.2 GHz in integer tasks. So, a 2 GHz G5 is probably around the speed of a 2.6 GHz Pentium 4. It is only natural that a much faster single CPU with a better disk and memory system outpaces a slower dual CPU in single threaded booting and development tasks. Thirdly, the whole CPU industry is focused now on convincing the consumers of how much better multi-core CPUs are compared to their "old" single core brethren.