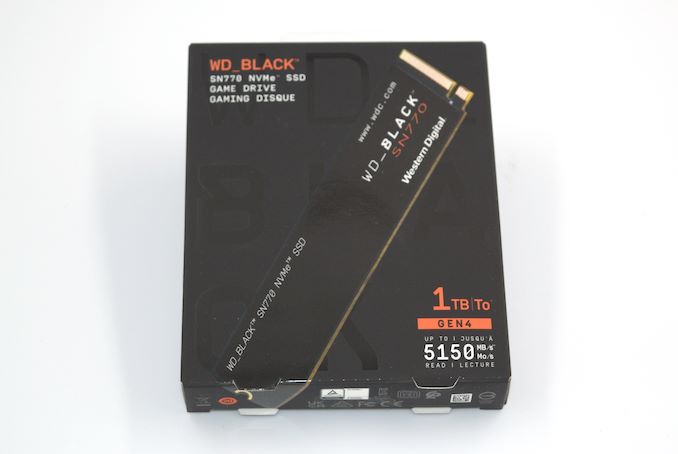 The initial wave of PCIe 4.0 NVMe SSDs put emphasis on raw benchmark numbers, with power consumption remaining an afterthought. The targeting of high-end desktop platforms ensured that it was not much of a concern. However, with the rise of notebook and mini-PC platforms supporting PCIe 4.0, power consumption and thermal performance became important aspects. With the gaming segment tending to be the most obvious beneficiary of PCIe 4.0 in the consumer market, speeds could also not be sacrificed much in this pursuit.

DRAM-less SSDs tend to be more power-efficient and also cost less, while delivering slightly worse performance numbers and consistency in general. There are multiple DRAM-less SSD controllers in the market such as the Phison E19T (used in the WD_BLACK SN750 SE and likely, the Micron 2450 series as well), Silicon Motion SM2267XT (used in the ADATA XPG GAMMIX S50 Lite), and the Innogrit IG5220 (used in the ADATA XPG ATOM 50). While performance tends to vary a bit with the NAND being used, the drives based on the Phison E19T and the Silicon Motion SM2267XT tend to top out around 3.9 GBps, while the Innogrit IG5220 reaches around 5 GBps. 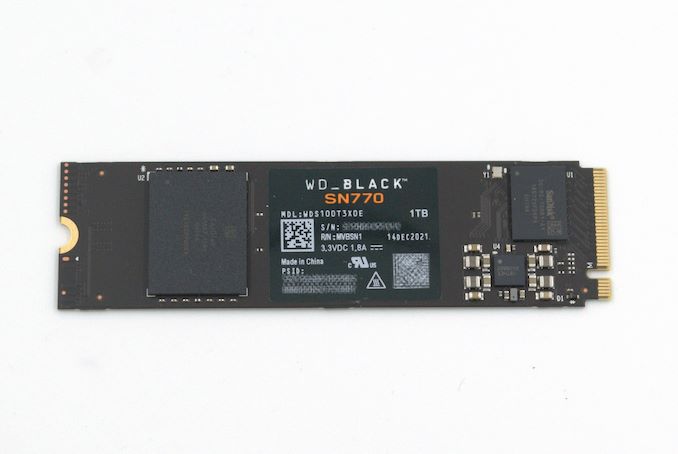 Western Digital is throwing its hat into this ring today with the launch of the WD_BLACK SN770, powered by its own in-house DRAM-less SSD controller - the SanDisk 20-82-10081. It is wresting the performance crown in this segment with read speeds of up to 5150 MBps. A 20% improvement in power efficiency over the WD_BLACK SN750 SE is also being claimed by the company. The WD_BLACK SN770 will be available in four capacities ranging from 250GB to 2TB, with the complete specifications summarized in the table below.

The 1TB SKU appears to hit the sweet spot in terms of overall cost-efficiency as well as performance numbers. With the drive being part of the WD_BLACK lineup, the SSD is compatible with the WD_BLACK dashboard and its optional gaming mode (that turns off the low-power states to ensure the drive is operating in peak performance mode always). Thanks to the new controller, Western Digital's own test results point to the SN770 outperforming the SN750 SE even with thermal throttling in the picture, with both drives tending to cool down on the performance front beyond 55C. The higher sequential read numbers help the SN770 to lower game loading times by as much as 40% compared to the SN750 SE - claims that we are hoping to put to test in the near future.

Overall, the pricing and the Western Digital brand name should contribute to the SN770 emerging as a compelling choice in the entry-level PCIe 4.0 NVMe SSD market. Despite the WD_BLACK branding, we believe the SSD has the key features to make it suitable even for notebook platforms which do not have gaming as the primary use-case.