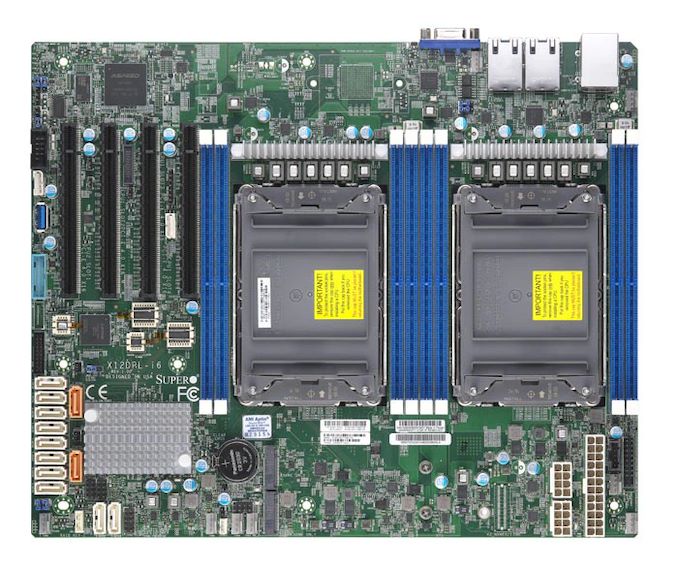 Usually, when vendors release dual-socket motherboards, this is typically done on larger form factors such as extended ATX (E-ATX) and even larger ones such as SSB-EEB for server form factors. Supermicro looks to buck the trend and has recently listed a pair of Intel motherboards with dual LGA4189 sockets, designed for Intel's latest Ice Lake 3rd Gen Xeon Scalable processors.

Both the Supermicro X12DPL-NT6 and X12DPL-i6 conform to the ATX form factor and have a very similar design. The key metrics include support for two Intel 3rd generation Ice Lake Xeon processors but also eight memory slots between the two, indicating that each processor runs in only quad-channel mode. This is important as some enterprise situations do not require the full memory bandwidth of eight memory channels, and thus having fewer physical channels on board helps with form factor as well as cost. That being said, this motherboard can support up to 2TB of DDR4-3200 ECC memory (1 TB per socket). Also, due to the size of the board, Supermicro recommends that only 185 W TDP processors maximum are used. 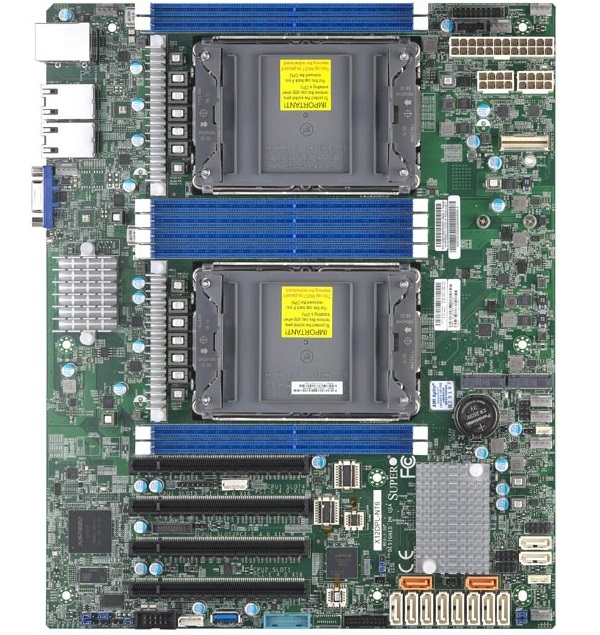 Towards the bottom of the board is four full-length PCIe 4.0 x16 slots, each with single slot spacing. Providing both physical and remote access to the system is ASPEEDs latest AST2600 BMC controller. For storage, the chipset is powering twelve SATA ports with support for RAID 0, 1, 5, and 10 arrays. Both models also include two PCIe 4.0 x4 M.2 slots, supporting both 22110/2280 M.2 form factors, while the second port is limited to 2280 M.2.

Focusing on the differences between the two boards, the X12DPL-NT6 is the higher-end variant. It includes a dual 10 G-Base T Ethernet powered by an Intel X550 controller, which is cooled by a heatsink, and it also includes an additional PCIe 4.0 x8 port for NVMe drives. The Supermicro X12DPL-i6 instead dual Intel i210 Gigabit controllers and does not have the additional PCIe 4.0 x8.

At the time of writing, we don't know when the Supermicro X12DPL-NT6 or the X12DPL-i6 will be available to purchase, nor do we have any pricing information at this time. But fitting a dual-socket design on a simple ATX is rather fun.