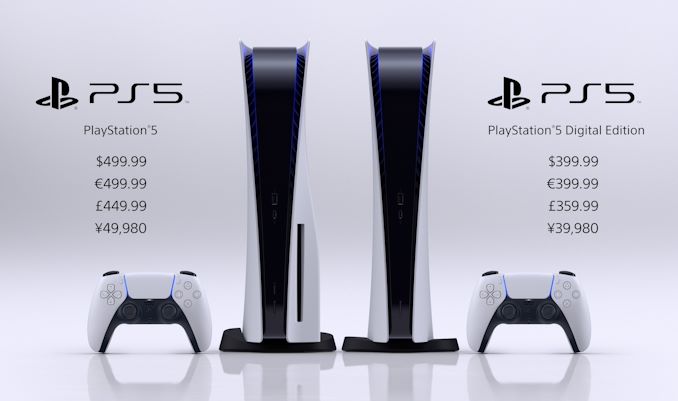 At Sony’s PlayStation 5 Showcase this afternoon, the final (and much awaited) pieces of the puzzle with regards to the console’s launch have dropped: pricing and a release date.

This will put Sony’s launch 2 days after Microsoft’s own Xbox Series X/S launch, which is taking place on Tuesday, November 10th. The $499 price tag for the two companies’ respective flagship consoles will put them in direct competition, while the PS5 Digital Edition/Xbox Series S divide should prove far more interesting – if not a bit frustrating for consumers trying to make the best choice. The discless PS5 is every bit as powerful as its disc-capable sibling – making it a spoiler of sorts at $399 – whereas the Xbox Series S gets a significantly weaker GPU than the Xbox Series X. However at $299 the slimmed down console is cheaper still, and still gets to run next-gen games.

Or if you’re in the mood for a PC (a platform we’re particularly partial towards), over the next couple of months we will be seeing new hardware launches there as well, including NVIDIA’s $500 GeForce RTX 3070, and AMD’s new RDNA2-based Radeon RX 6000 video cards. So there is no shortage of gaming hardware to be had this fall – at least if you have the cash.