Who wants a $14,000 Gaming Seat? Coming to the USA: The Acer Predator Thronos Air 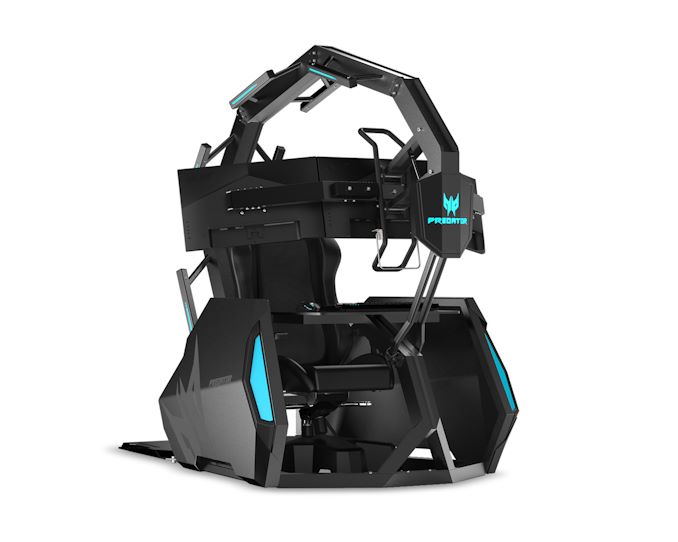 AnandTech’s readers split into a number of categories, and Acer’s Predator Thronos Air certainly falls into the category of ‘whoever buys this has a lot of money’. Acer has already released its first generation Thronos Air, a fully combined PC desk/seat with mounted monitors and combined Predator PC, into several markets, and received a good deal of attention from the fact that no-one knows who exactly would buy a dedicated seat and monitor setup as an all-in-one solution. It turns out that there seem to be enough people willing to put down several thousand Gs in order to get one, because Acer is bringing it to the USA.

The Thronos Air design is essentially a self-contained gaming throne. The shaped frame has a number of LEDs inside, and is built to house a ‘gaming’ chair, a full Predator PC at the side, and then an arm comes over the users head to hold up three large 27-inch monitors. Obviously this puts limits on weight and height for those that can use it, although it covers most of the population. But the idea is that this is a dedicated gaming machine in the same way that some enthusiasts go all out and spend $10k on a multi-axis racing seat. This doesn’t move like a gaming seat, but it’s just meant to be a dedicated gaming space so that users can feel immersed, especially with the wide displays and the powerful PC behind that can drive term. Or it can look neat in an office I guess? 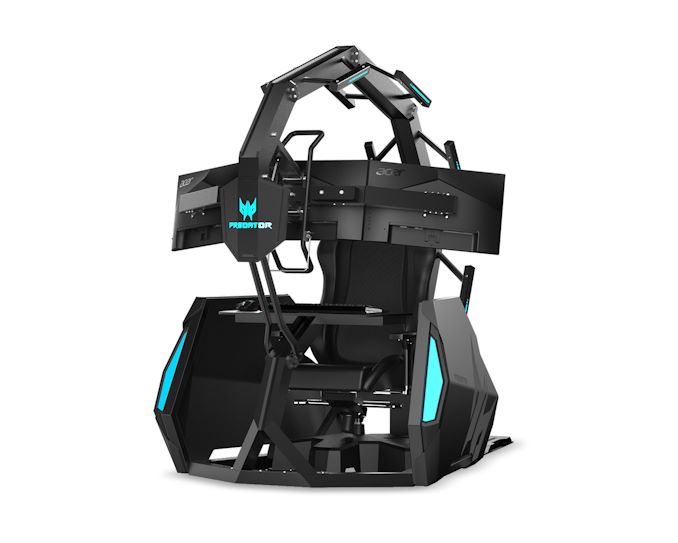 Acer says that the Thronos Air is modular, adjustable, and customizable. I don’t think there’s a big modding community on this, just because of the price. With a fully laden Predator PC capable of driving three monitors at top settings, Acer has a price tag of $13999 on this thing, and it is expected to be available from March 2020.

(I had to keep editing this news. It’s Thronos, as in ‘throne’. Not Theranos, as in the failed biochem company. And not Thanos, the big mean dude in Marvel. Though I could imagine Acer doing a one-off tie-in.)