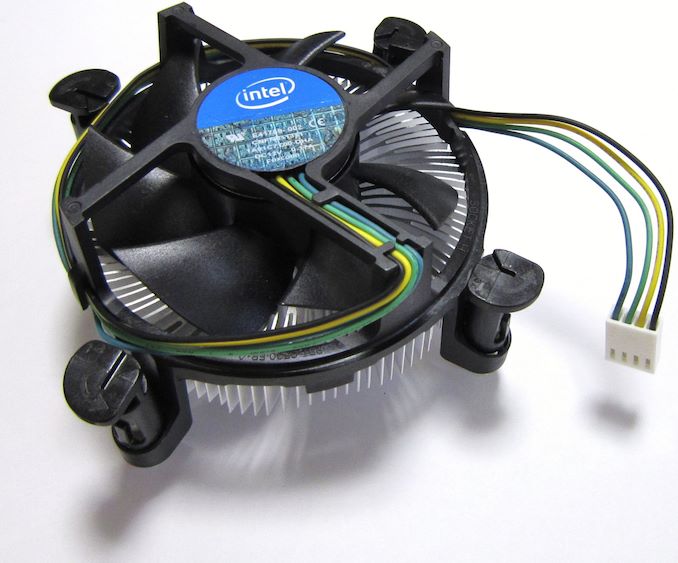 Intel this week recalled one of its boxed processors because the bundled cooling system the company supplied has been found to be insufficient for fully cooling the CPU. For any Intel partners with stock, this specific chip is being recalled, with Intel suggesting a chip-only tray/OEM version as a replacement.

The processor in question is the boxed quad-core Xeon E-2274G (Coffee Lake), which has an official TDP rating of 83 W. The boxed CPU was supplied with Intel’s DHA-A heatsink (PN: E97378-003), which apparently cannot cool the chip well enough to meet Intel's own requirements. As a result, Intel is recalling the boxed chip. Curiously, Intel has used their DHA-A cooler with chips up to 84W since at least 2013, which makes the whole recall rather bizarre.

Intel’s distributors are advised to return existing inventory of the boxed Xeon E-2274G product and get a tray version instead. It is unclear whether Intel intends to release a new boxed version of its Xeon E-2274G processor with a new cooler, but for now the company recommends to use tray version of the chip with a proper third-party cooling device.

UPDATE 11/18: A source with knowledge of the matter told us that as many as 50 Xeon E-2274G processors were shipped with a 'wrong' cooler, which made Intel recall the whole batch.

UPDATE 11/22: Intel's official statement on the matter reads as follows:

"Intel has identified that the very small quantity of Boxed Intel Xeon E-2274G Processor product shipped with an incorrect thermal solution. This solution may impact system performance due to processor throttling. This issue only applies to the Boxed Intel Xeon E-2274G Processor product. This is not an issue with the processor itself. This does not impact tray versions of the same processor number that do not include a thermal solution." 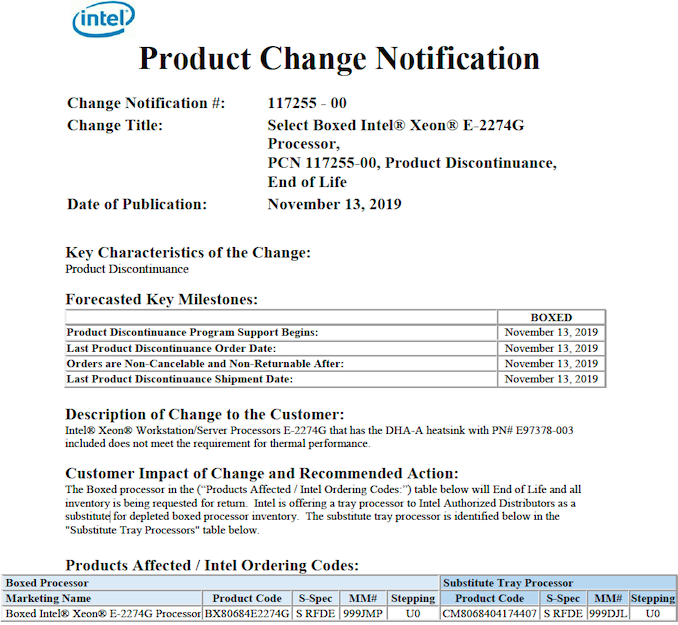