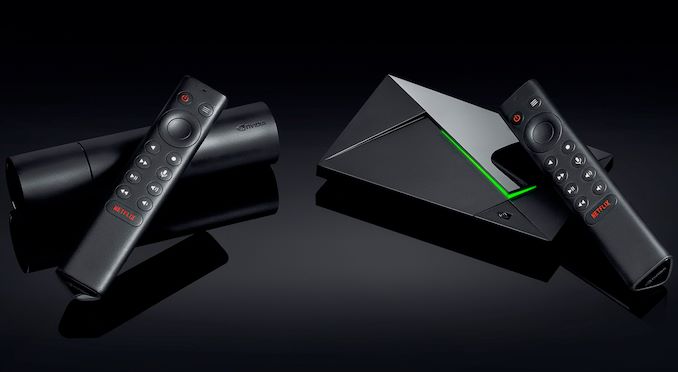 NVIDIA has introduced new versions of its SHIELD TV set-top-boxes featuring an all-new design as well as based on an improved Tegra X1+ SoC. The new STBs support all the features its predecessors do and add support for Dolby Vision HDR, Dolby Atmos audio, as well as a new AI-powered upscale algorithm. With the launch of the new devices NVIDIA somewhat changes concept of its STBs as they no longer come with a gamepad.

The new NVIDIA SHIELD TV devices use the company’s new Tegra X1+ SoC that is said to be 25% faster when compared to the original one launched over four years ago. The chip essentially has the same feature set and Maxwell graphics, so games developed with the original SoC in mind will work with the new one without any problems. Meanwhile, since the Tegra X1+ is made using a more advanced process technology, this allows NVIDIA to offer the new SHIELD TV in a more compact form-factor. At the same time, the new SoC is paired with 2 GB of RAM (down from 3 GB) as well as 8 GB of NAND flash storage (down from 16 GB previously), which can be expanded using a microSD card. The SHIELD Pro has 3 GB of RAM as well as 16 GB of NAND storage, but no longer has a hard drive. 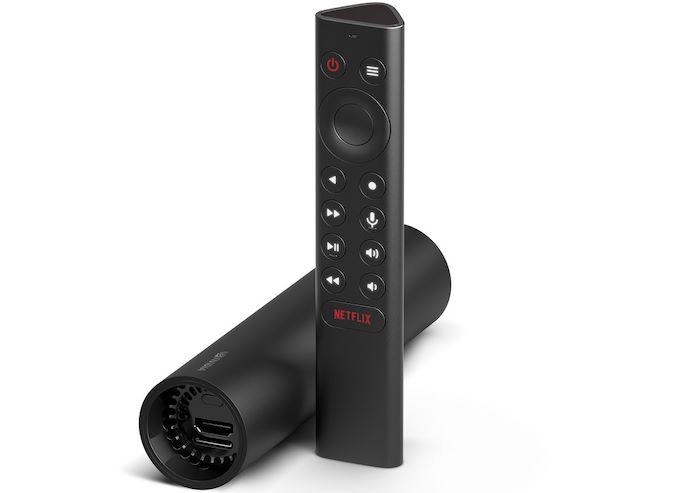 NVIDIA made its new SHIELD TV smaller than the predecessor in a bid to better compete against compact streaming media device, such as Google’s Chromecast/Chromecast Ultra. From connectivity standpoint, the new STB features Wi-Fi 5, Bluetooth 5.0, a GbE port, an HDMI 2.0b output with HDCP 2.2, and a microSD card slot. Meanwhile, it no longer has USB 3.0 ports, possibly to save space and simplify design. Those who need USB 3.0 should buy the SHIELD Pro with two USB Type-A ports.

When it comes to decoding capabilities, the new SHIELD TV can decode H.265/HEVC, VP8, VP9, H.264, MPEG1/2, H.263, MJPEG, MPEG4, and WMV9/VC1 video. Meanwhile, the STB does not support AV1 as well as VP9.2 codecs because they are not widespread at the moment. The new SHIELD TV can playback 4Kp60 HDR, 4Kp60, Full-HD 60 fps content, and can upscale 720p and 1080p content to 4Kp30 using an AI-enhanced algorithm. It is unclear whether the algorithm relies on a new hardware block that is present only inside NVIDIA’s Tegra X1+, or uses a combination of hardware and software, which means that it could be enabled on previous-generation SHIELD TV consoles too

The new SHIELD TV STBs come with a redesigned SHIELD remote with improved ergonomics and more buttons. The unit has a built-in microphone for Google Assistant and Amazon Alexa; motion-activated backlit buttons; Bluetooth connectivity to connect to the player; and an IR blaster to control volume and power on TVs, soundbars or receivers. 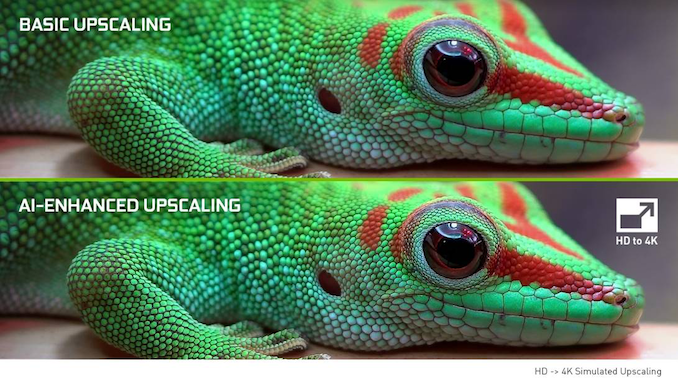 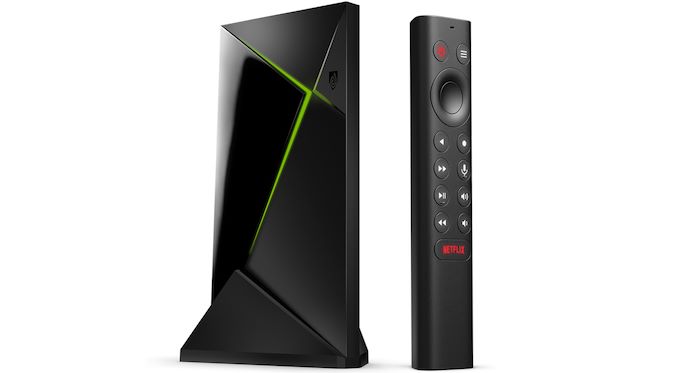