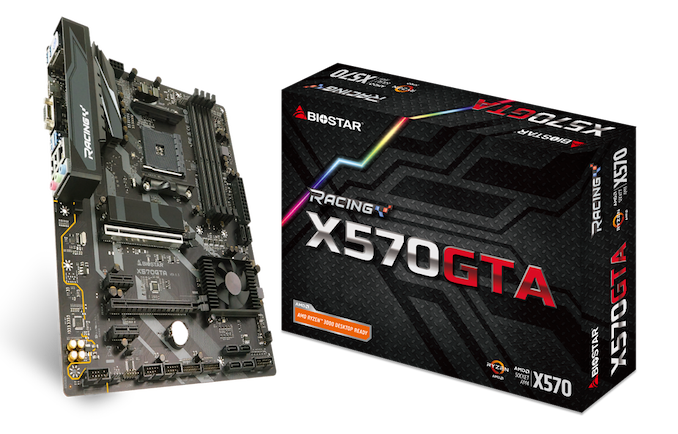 Adding to its small X570 product stack, Biostar has unveiled its latest ATX sized model, the Biostar Racing X570GTA. While nothing to do with 'Grand Theft Auto', the X570GTA takes the more budget-focused stance with a Realtek RTL8111H Gigabit Ethernet controller, a Realtek ALC887 HD audio codec, and has support for DDR4-4000 memory.

Bordering on one of the most basic feature-sets we've come across for any current model on the X570 chipset, the Biostar Racing X570GTA encompasses its typical Racing brand theme with a black and grey accented design. The X570GTA has a full-length PCIe 4.0 x16 slot which has a coating of metal slot reinforcement, a second full-length PCIe 4.0 x4 slot from the chipset as well as two PCIe 3.0 x1 slots. 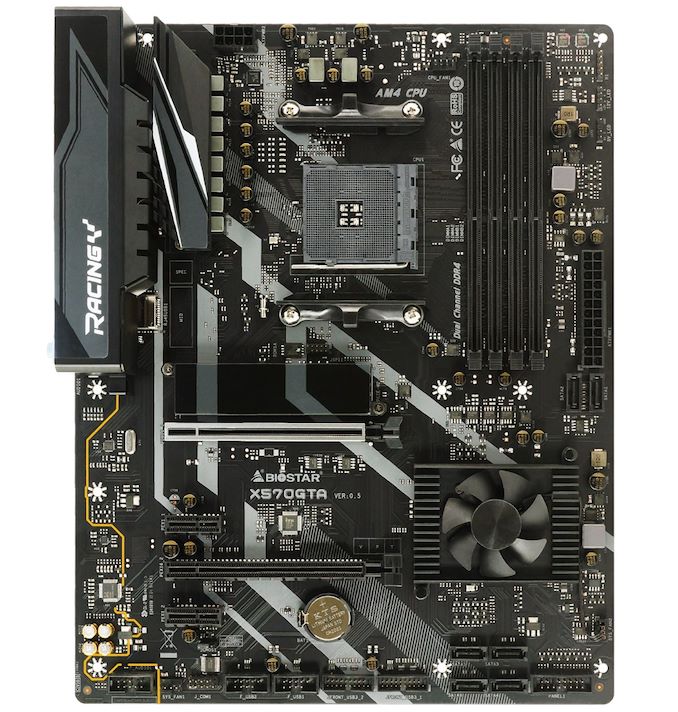 Storage support consists of a single PCIe 4.0 x4 M.2 slot with support for SATA drives too, as well as six straight-angled SATA ports supporting RAID 0, 1, and 10 arrays. Although not as prolific as some vendors offer on its lower-spec X570 models, the Biostar Racing X570GTA has support for DDR4-4000 memory with support for up to 128 GB; AMD recommends that the sweet spot for Ryzen 3000 processors is DDR4-3600. Delivering power to the CPU is a single 8-pin 12 V ATX input and the power delivery isn't determined, but we have reached out to Biostar to find out. The CPU section of the power delivery is cooled by a svelte looking aluminium heatsink, while the SoC/IGP area is laid bare. The X570 chipset is actively cooled, and Biostar hasn't focused too much on aesthetics with its design with no integrated RGB LEDs.

On the rear panel of the Biostar Racing X570GTA is a limited amount of USB connectivity with just four USB 3.1 G1 Type-A, and two USB 2.0 ports. Users looking to use a Ryzen based APU can access integrated graphics with a pair of HDMI and D-Sub video outputs, while a PS/2 keyboard port, three Realtek ALC887 codec powered 3.5 mm audio jacks, and a Realtek RTL8111H Gigabit Ethernet port make up the rest.

The Biostar Racing X570GTA is set to hit retail next month with an MSRP of $160. This puts it same price bracket as the MSI X570-A Pro which benefits from an extra PCIe 4.0 x4 M.2 slot and has a Realtek ALC1220 HD audio codec.