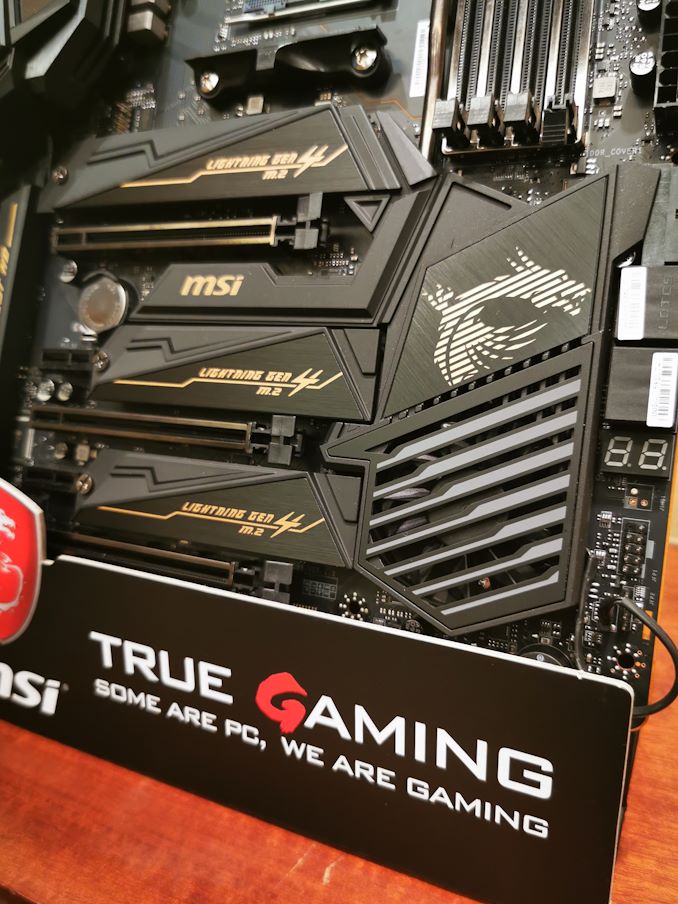 With a theme that fits in with AMD's 50th anniversary, MSI has unveiled the MEG X570 Ace motherboard. With a black and gold design for a more elegant look, it also has a good range of features including triple PCIe 4.0 M.2 slots, and active cooling integrated into its chipset heatsink.

The MSI MEG X570 Ace motherboard represents its premium MEG range and as we've seen from its range on the Intel Z390 chipset, MSI has followed the same naming structure for users to easily identify which each range signifies. The MEG X570 Ace has three PCIe 4.0 M.2 slots, each with its own individual Lightning Gen4 M.2 heatshield which amalgamates into the boards black and gold designed heatsinks. Also, present on the rear panel cover is MSI's RGB Infinity Mirror. 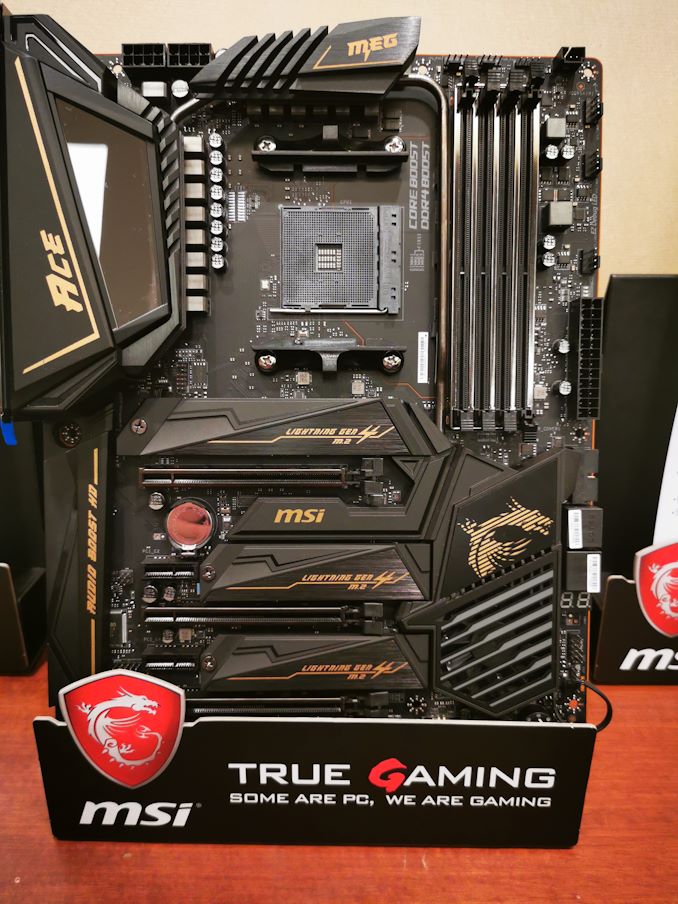 The board also has four DDR4 memory slots, three full-length PCIe 4.0 slots, and two PCIe 4.0 x1 slots. Molded directly into the X570 chipset heatsink is a cooling fan which uses a double ball bearing design. Providing power to the CPU is two 8-pin 12 V ATX power inputs, while the power delivery is using an extended 8 to 6.5 mm heat pipe which extends from the power delivery directly down to the chipset.

On the design, it's reminiscent of the AMD 50 anniversary gold design, and MSI itself was idealizing the MEG X570 Ace alongside its new MPG Sekira 500G chassis with G.Skill Trident Z Royal gold DDR4 memory for an elegant, and classy looking system.

On the rear panel of the MSI MEG X570 Ace motherboard, there's a clear CMOS, and BIOS flashing button which has its own dedicated USB 3.1 G1 Type-A slot highlighted with a red outline. There are three USB 3.1 G2 Type-A ports, a single USB 3.1 G2 Type-C, two USB 3.1 G1 Type-A ports, and two USB 2.0 ports. Networking capability is interesting with the decision to include a Realtek RTL8125AG 2.5 GbE controlled LAN port, with the other likely to be controlled by an Intel 1 GbE option. The wireless is powered by an Intel AX200 Wi-Fi 6 802.11ax Wi-Fi module which also offers users with Bluetooth 5 connectivity.

It is likely that the new MSI X570 motherboards will be available prior to the launch of AMD's Ryzen 3000 series of Matisse processors, but we expect pricing and availability to be released sometime next month.