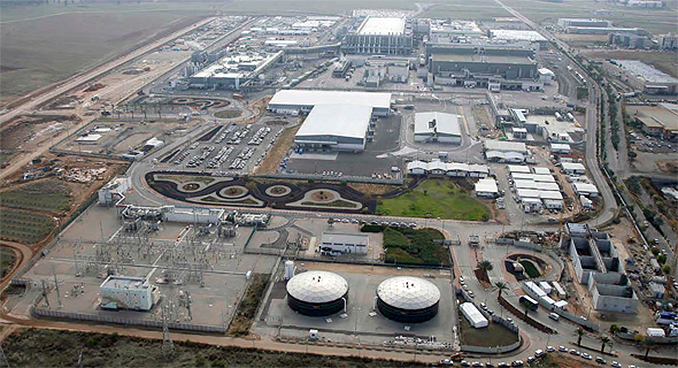 Late last year Intel announced massive plans to increase its global chip production capacities by upgrading, expanding, and equipping four of its fabs. As it turns out, the company is not going to stop there and is considering to build a brand new fab in Israel, which will cost $11 billion.

Moshe Kahlon, Israeli Finance Minister, on Tuesday confirmed that Intel had applied for a grant of about $1 billion from the government for its new investment plan to build a fab that would cost $11 billion. If everything goes as planned, the investment will not only be the biggest of its kind in Israel, but Intel will also build the largest semiconductor fab in the region. Furthermore, the expansion will add 1,000 new employees to Intel’s staff of approximately 13,000 in Israel.

“The moment the company comes to Israel and invests $10 billion, and it receives a grant of 9%, that means 91% of it stays here,” said Mr. Kahlon in an interview on Army Radio. “There are always such discounts, there are always incentives.”

Intel and Ministry of Finance reportedly started talks about the new fab several weeks ago, so the production facility is a few years away. In addition to securing incentives from the Israeli government, Intel will have to apply for permissions from various local authorities. That said, peculiarities of the fab as well as process technologies that it will use remain to be seen.

Since Intel is already investing in two fabs in the U.S. (Fab 42 in Arizona and D1X in Oregon), a fab in Ireland, and a fab in Israel, it is unlikely that Intel needs to start building another fab in Israel as soon as possible.

In addition to manufacturing operations, Intel also has rather vast R&D operations in Israel. The company develops CPU microarchitectures, Mobileye advanced driver-assistance systems (ADAS), RealSense 3D cameras, communication, and other technologies in the country. The addition of an advanced fab will clearly increase significance of Israel for Intel.