The last all-in-one system we reviewed was coincidentally the Dell XPS One 2710, which featured a very similar configuration. The key differences between the XPS One 2710 and the OptiPlex 9010 All-in-One I have on hand today are the SSD in the 9010 and the discrete graphics in the 2710. Keep those in mind when you take a look at the PCMark results below. 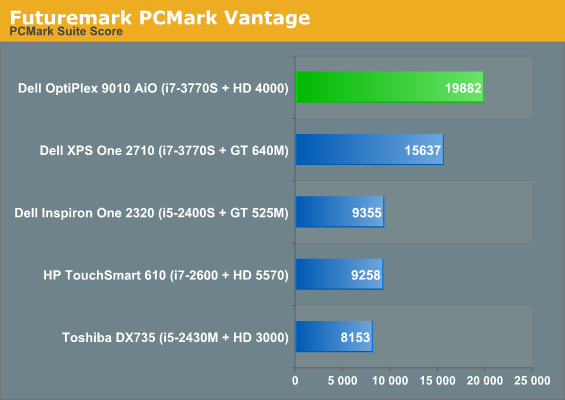 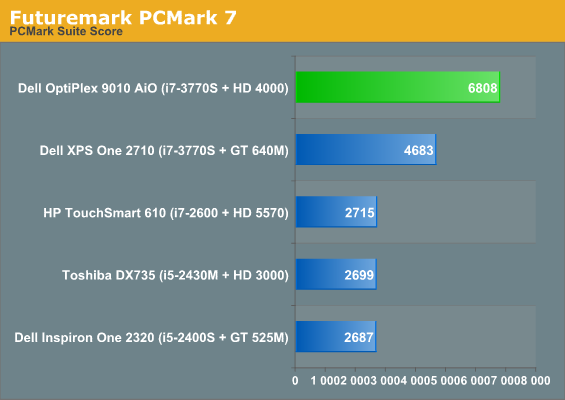 Same processor. Substantially weaker graphics. HUGE swing in scores. This is why I've continued to rail against PCMark in our system reviews; while it's true that an SSD offers a marked improvement in system responsiveness and performance in isolated circumstances, it's not this big of a difference. Anyone looking at this chart would assume the 9010 AiO is worlds faster than the 2710, but take a look at what happens when we put the screws to the CPU. 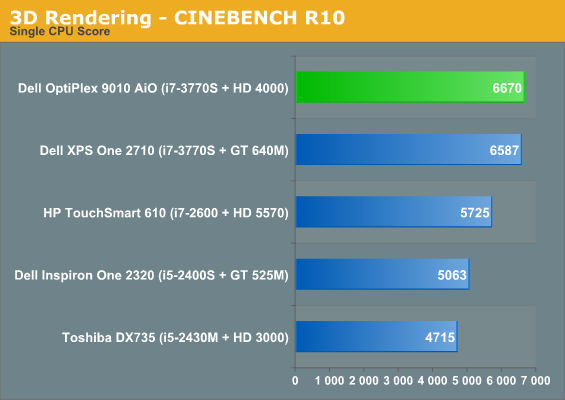 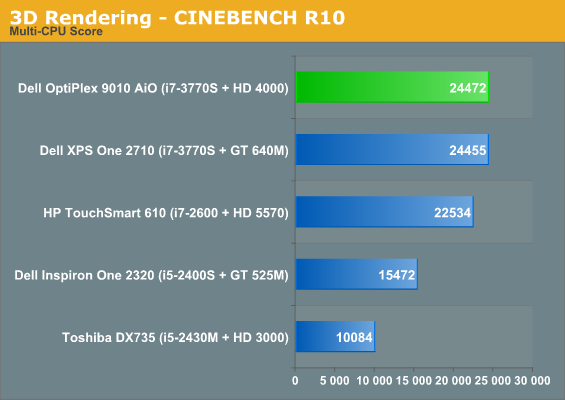 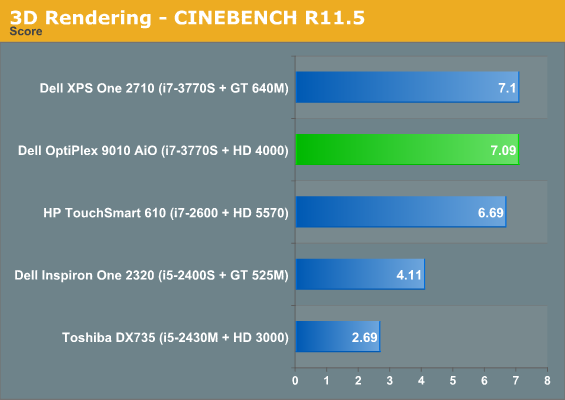 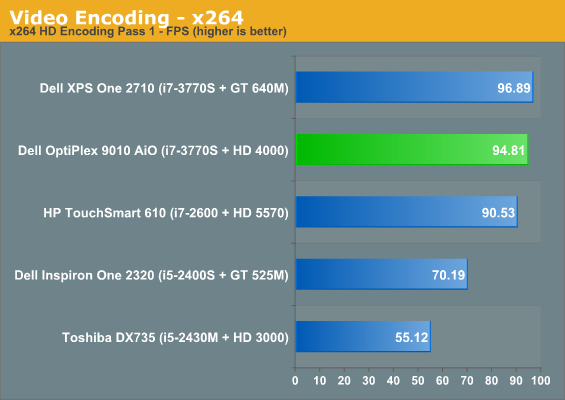 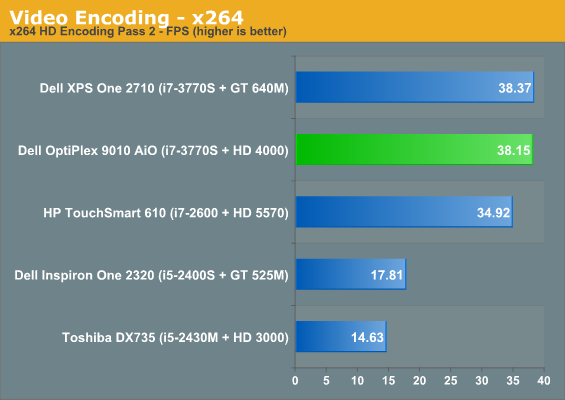 The 2710 and 9010 AiO are virtually identical, as it should be, as they're both running the same CPU. We include PCMark scores for reference, but I'm still of the opinion that they're far too heavily weighted towards storage performance. 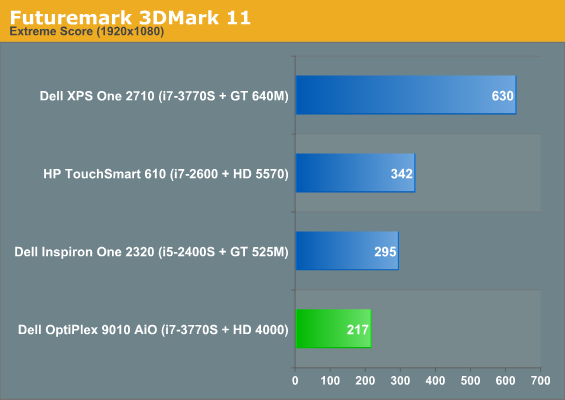 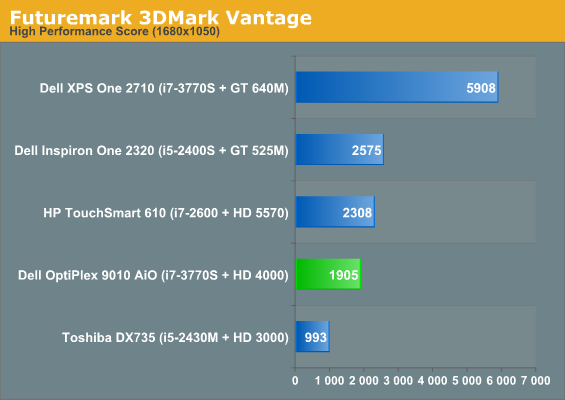 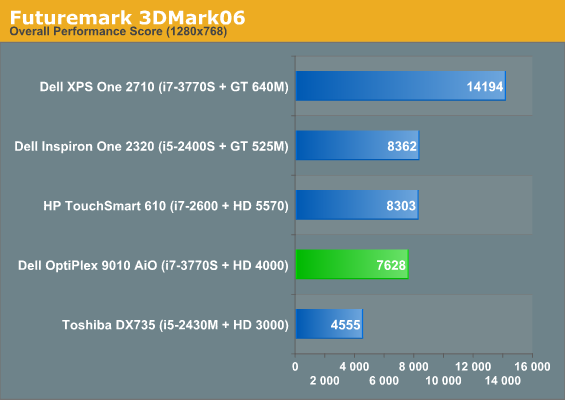 On the other hand, you can see practical evidence that Intel has made some reasonable gains with Ivy Bridge's IGP; in synthetics it starts to encroach on last generation's entry level GPUs. That's not too bad for a GPU you basically get for free. The 9010 AiO is by no means intended for any kind of gaming, but users looking for a quick Guild Wars 2 fix on company time aren't going to be too put out.