AMD: back in the quad-socket race

On April 9, 2008, AMD had an answer to the quad-socket, quad-core Intel platform. To quickly get an idea of what AMD and Intel are offering, let us take a look at the 1K pricing:

The Opteron 8354 and 8350 are probably the most competitive offerings from AMD. The E7330 is most likely the best price/performance Intel chip, while the X7350 will be the performance chip to beat.

One IT journalist described a CPU as "a slice of silicon with needles under it". We cannot help it; we still get a kick of having a massive quad-core CPU between our forefinger and thumb. On the outside, the quad-core Xeon "Tigerton" looks a lot like the dual-core Xeon "Tulsa". It uses the same packaging… 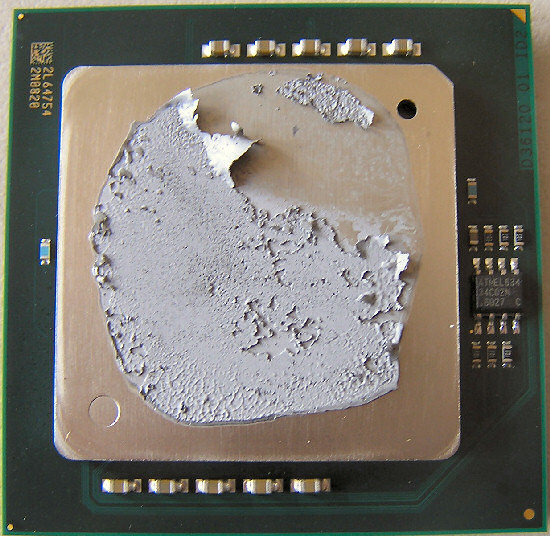 … And the same 604-pin socket. The old ("Tulsa") and the new Xeon are not electrically compatible, but the 45nm successor ("Dunnington") will be completely compatible with the Xeon "Tigerton" 73xx motherboards. Or put another way, both "Tigerton" and "Dunnington" will use the same "Caneland" platform based on the 7300 chipset. 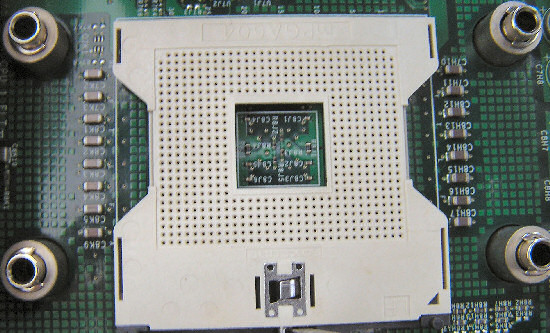 The good old ZIF socket: not as fragile as the modern LGA socket

The newest third generation Opteron uses the flip chip Land Grid Array (LGA) with 1207 pins on the motherboard. That makes it a bit scary to change CPUs as these LGA pins are very fragile. We prefer the good old ZIF socket. 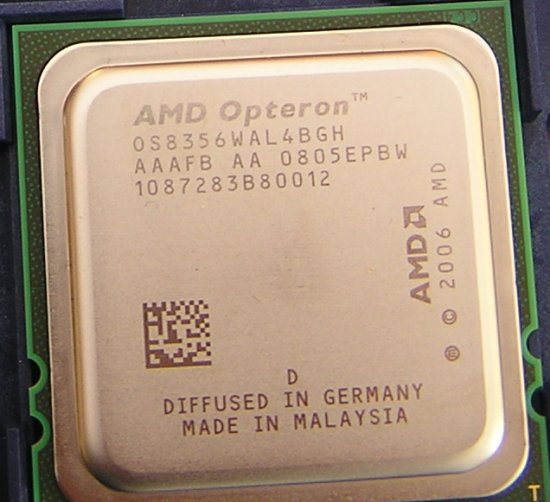 The new Opteron 8356 is a worthy opponent for Intel's Xeon MP.

Let us take a look at the platform.