First announced at the Build 2017 developer’s conference, Fluent Design is the first major overhaul of the Windows 10 design and theme since Windows 10 washed away the remnants of Windows 8 back in 2015. Overall, the original design of Windows 10 has served it well, and it has been made clear after using it for the last several years that lessons were certainly learned from Windows 8, and those lessons were applied to Windows 10 to make a much more coherent and usable design language. But, as with anything, there’s always room for improvement, and the Redmond company is hoping that Fluent Design not only improves on the original, but keeps the UI and theming fresh. 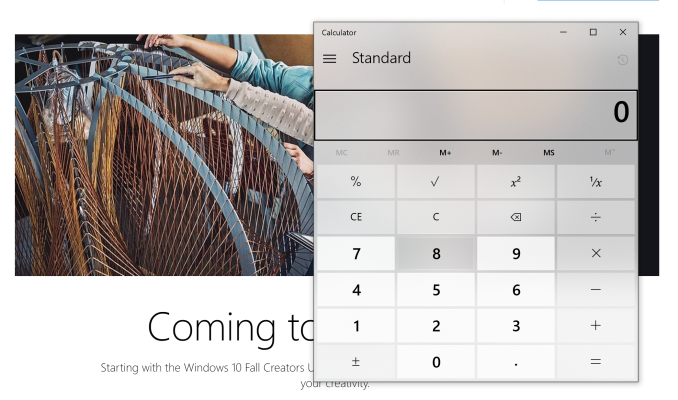 Windows 10 runs on many different devices. The scalability of it is somewhat amazing, and after years of wanting to consolidate it’s OS efforts across device categories, it seems to have finally happened with Windows 10. But that brings some challenges as well, and as hardware has continued to evolve, we’ve started to see many different usage scenarios that traditional mouse and keyboard input would never work on. Touch, of course, is the most obvious and pervasive of these, and falls into the 2D category of input methods, along with keyboard and mouse, stylus, and more of the input methods we are used to. But we now live in a world with virtual reality, and augmented reality, both which live in the 3D space. There’s also 0D devices, such as the recently announced Cortana powered Harmon Kardon Invoke speaker and similar devices such as the Amazon Echo. IoT is becoming pervasive, and appears to be the next growth target in computing. 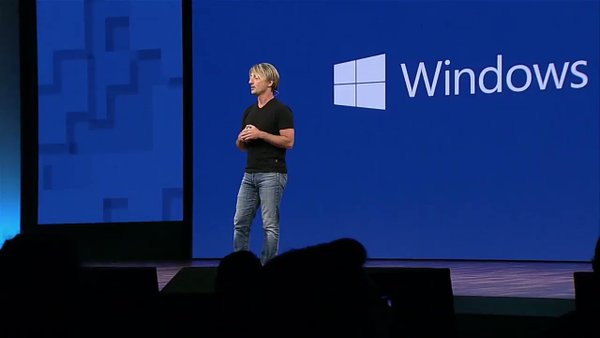 Fluent Design targets more than just 2D with five basic concepts: light, depth, motion, material, and scale. It may seems like a simple idea, but the key Fluent Design is that it will work well across different device types, but still be very useful on the traditional PC where Windows 10 still has its largest audience. 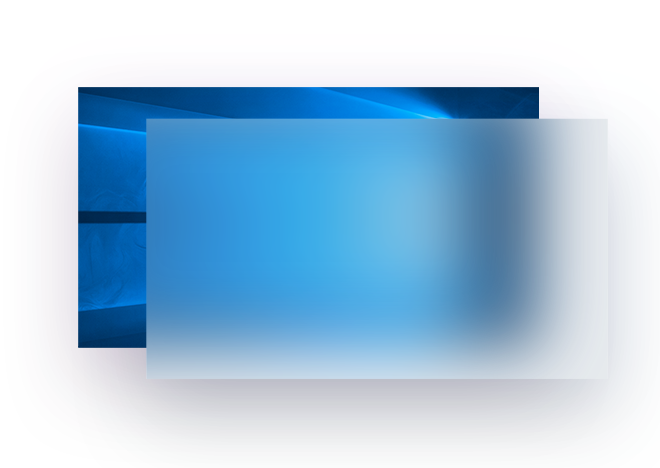 The move from Windows 7 to Windows 8 was pretty jarring, and the design language was very much flat and blocky. Windows 10 had already added some of the depth back in, but with Fluent Design they have also brought the essence of Windows 7 Aero back, along with new elements as well.

It’s tough to discuss Fluent Design without seeing it, because it’s not just a static idea. All of the elements tie in together to make the experience easier to navigate, more coherent, and more immersive. Check out this video that Microsoft created for their Dev Day:

Light is one of the key elements for selection, and this is doubly the case when you’re thinking of VR and AR technology, where a light gaze can be your pointer. Subtle highlights in lists give a stronger sense of where you are, and what you’re selecting.

Depth plays a big part too, and in the video you can see how going forward and backward in apps gives the feeling of going into an app or image, and then back out, connecting the experience of movement with where you are. This also plays into the motion, where you’ll see parallax scrolling and more.

Material selection is the transparency effects that will likely remind most people of Aero, but it is much more than just blurring. Instead of just background colors and blur, they will be doing multiple layers with Gaussian blur, exclusion blend, color and tint overlays, and tiled noise texture. The acrylic material can bring additional layering and depth to the app as well, but material is also able to be tied into scale, where if an app is in a windowed mode, it can have some blurring, but in a full-screen view, the blurring is eliminated to create focus on the one app. 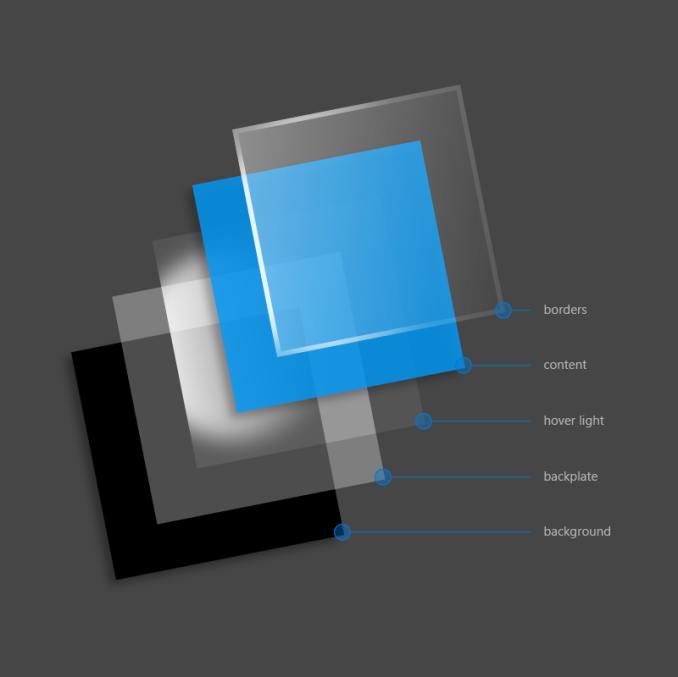 Scale is likely the most underrated of them all, but Windows 10 is designed to work on everything from IoT to PC to Xbox to Surface Hub, so scale is critical to creating an app which will work across all of those form factors.

It’s hard to deny that Fluent Design is both form and function. There are design elements that are going to improve usability, but those same design elements also just look great. As we move forward, hopefully we’ll start to see more and more of this appear inside of Windows 10 and in the apps we use.

That’s really the only downside to Fluent Design right now though. There’s some of it sprinkled inside of Windows 10, and there’s work to be done to bring it more prominently to the forefront. The Action Center, for instance, has some elements of Fluent Design, but hovering over one of the notifications doesn’t bring any lighting effects to let you know you’re able to select it. Only some of the built-in apps have support right now. This will come over time, and likely even more slowly for third party apps, but it’s not here yet, at least not to its full extent.