HP's ElitePad 900 Windows 8 Tablet: No Short Skirt, But a Couple of Long Jackets

The major vendors have been doing the rounds out here in sunny California, gearing up a series of product launches to go hand-in-hand with Windows 8's launch later this month. Particularly interesting is the way Intel's hardware and initiatives have been working hand in hand with Microsoft's own design edicts with Windows 8; what we've seen behind closed doors isn't just a refresh for a new Windows, it's a sea change in the way interfaces and hardware are being designed for the future.

We've seen a few tablets, but today HP is announcing their ElitePad 900. Covering these events has been mildly frustrating because so many designs have been based on Intel's Clovertrail Atom SoC, and all I've been able to hear or mention has been "next generation Atom" or "Clovertrail." That's not much to go on when you're looking at x86-capable tablets running full Windows 8 (albeit 32-bit) in form factors that are mostly competitive with existing Android-based tablets. 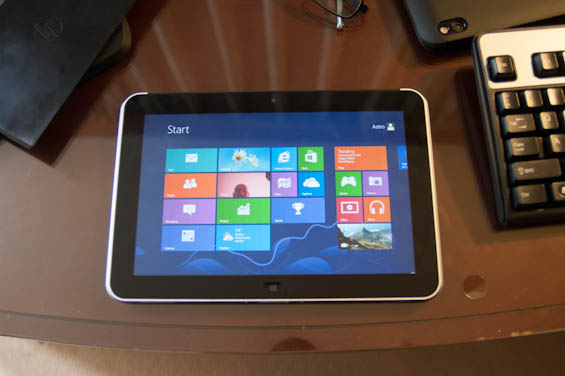 Now that we know more about the Intel Atom Z2760, though, the details come into focus. HP's ElitePad 900 is a 10.1" tablet sporting a 1280x800-resolution IPS display in a 1.5-pound chassis, and it measures a slight 9.2mm thick. The marginal resolution is underwhelming in the wake of high-resolution Android tablets (let alone the staggeringly high resolution of the current generation Apple iPad), but the fact that it's running an x86 processor (the aforementioned Atom Z2760) along with full-fledged Windows 8 makes it worthy of attention.

HP's ElitePad 900 also features an NFC radio, 802.11a/b/g/n (2x2) and Bluetooth 4.0, and even supports a mobile broadband module and GPS. It includes 2GB of memory (presumably LPDDR2) along with up to 64GB of storage in an eMMC SSD. The battery is a 2-cell, 25 WHr polymer battery. 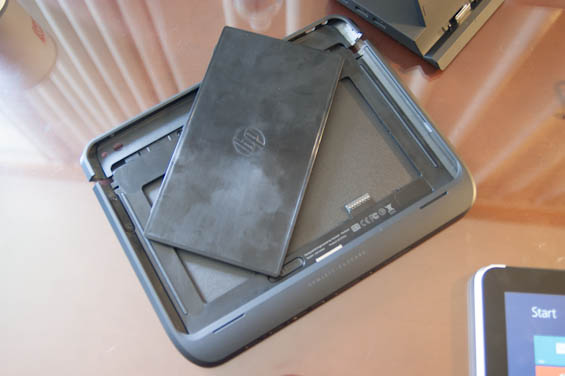 Where HP is breaking from the pack is in their "Smart Jacket" system, though. A Smart Jacket is essentially a peripheral you can dock the ElitePad 900 into, and jackets that were demonstrated included one that adds additional expansion ports and potentially more battery life (the Expansion Jacket) as well as one that turns it into a netbook proper (the Productivity Jacket).

This announcement is a bit of an early one, though. While the ElitePad 900 was being demonstrated, it's not geared for launch until around January 2013. Pricing has yet to be announced as well. If HP can come through and really work the Smart Jacket concept without burying it in overpriced peripherals, though, they may have a killer angle for their enterprise-geared tablet.