This year's fall Intel Developer Forum came to a close last week and we're here today to tie up some loose ends and conclude our coverage of the conference. There are many ways to measure the success of the show; attendance was relatively unchanged from the Spring show which is a good thing considering the current state of the industry. 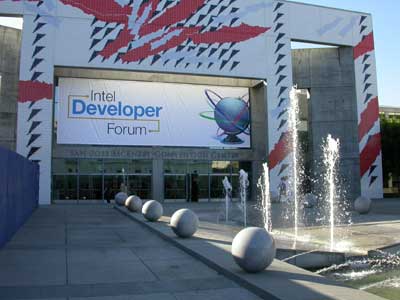 In terms of how exciting the show was, compared to last Spring there were definitely fewer announcements of interest; for example, here's some of what we saw just 6 months ago at IDF:

This fall however, we were only given a little bit to digest:

As usual, the Technology Showcase held some surprises but we definitely had hoped for more information on forthcoming products from Intel (a few Prescott tidbits would've helped seeing as how the chip will be sampling by the end of this year but it may be silence that's Intel's weapon against Hammer).

Considering that the two major products talked about at this IDF were Banias and the HT-enabled Pentium 4 you'd expect us to devote the most of our time to covering those two. We've already talked Banias to death in our earlier coverage, so today we'll talk a lot about Hyper-Threading and what it will mean for your desktop experience.