We just finished up a meeting with Bill Siu, VP and General Manager of Intel’s Desktop Platforms Group and he gave us some updated information on everything from Banias to Hyper-Threading.

Before we get to Bill we have to introduce you to a person that you’ve probably read a lot about online:

I ran into Johan de Gelas of Ace’s Hardware, one of the most well respected and technical websites in our community. 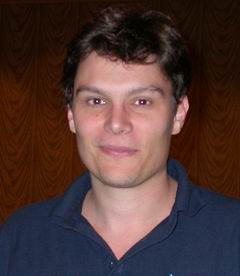 As always it was a pleasure talking to Johan as well as Brian Neal, a news editor for Ace’s. 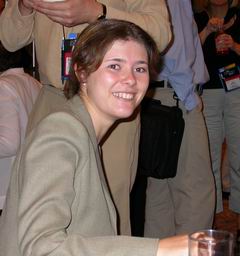 I was also graced by the presence of Anna Filatova, of x-bit labs while preparing this piece. 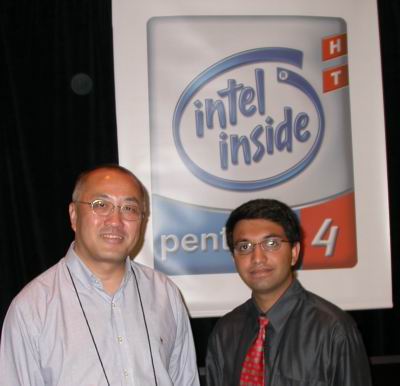 Bill also told us that Banias’ FSB borrowed a lot of what Intel learned with the NetBurst FSB while the general architecture is Pentium III derived with a larger cache and a lot of microarchitectural enhancements. This confirms what we originally speculated about Banias, making the case even stronger for a P3 derived core (with features such as Micro-Ops Fusion, etc…) with a 1MB L2 cache as we reported earlier today. This also leads us to believe that a 400MHz FSB isn’t out of the question for Banias either.

We fished for some more Prescott info but we came up empty handed for the most part, maybe later ;)