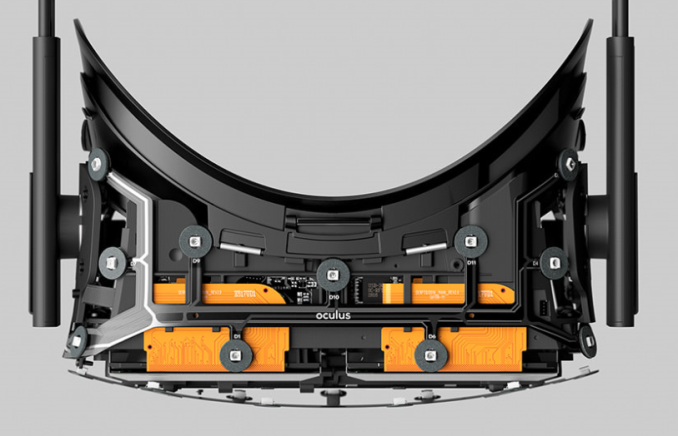 On the eve of E3, Oculus held a livestream to announce some more details of the upcoming Oculus Rift Virtual Reality headset. Just about a month ago, they announced that they were targeting a Q1 2016 release, and with that time fast approaching, they have given some more details on the unit itself, as well as what kind of experiences you can expect with it. Oculus has re-affirmed the Q1'16 launch date, and now we finally know the specs for the retail consumer unit.

One of the key points they brought up was that the unit itself needs to be comfortable, and part of that comfort is weight. January seems like a long time ago when I got to try out the Crescent Bay version of the Rift, but at the time I was impressed with how it felt, and I don’t recall the weight at all which I guess is the point. The final, consumer version of the Rift in turn is close to the Crescent Bay version, with further enhancements for both the electronics and the overall fit itself to bring down the weight and make it more comfortable.

Audio is also a big part of the experience, and the included headphones on Crescent Bay were quite good. For the consumer version Oculus is going in a similar direction, but today they have also confirmed that you will be able to wear your own headphones as well if you prefer that. The directional audio is a key piece to the immersion and the Oculus team has done a great job with that aspect. 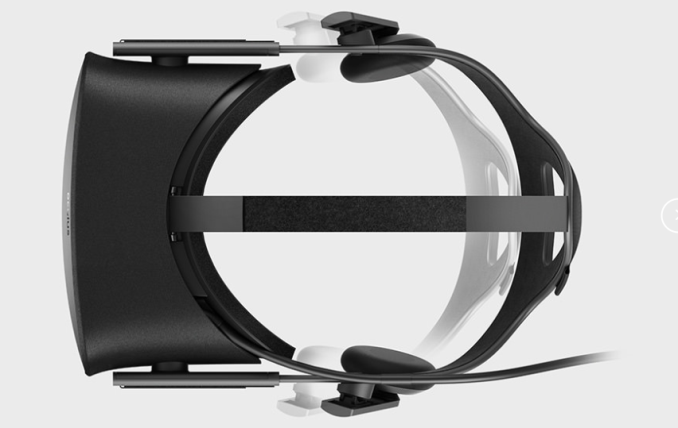 Another part though is the displays. When we met with Oculus’s CEO Brendan Iribe at CES, one of the interesting things he told us was that they have found that by interleaving a black frame in between each video frame, it can prevent ghosting. In order to do this though, the refresh rate needs to be pretty high with the unit we tested running at 90 Hz. Today they announced a tiny bit about the hardware, and the Oculus Rift will ship with two OLED panels designed for low-persistence. Oculus has previously commented that they're running at a combined 2160x1200, and while they don't list the individual panel size, 1080x1200 is a safe bet. The OLED panels are behind optical lenses which help the user focus on a screen so close to their eye without eye strain, and the inter-pupil distance is important. There will be an adjustment dial that you can tweak to make the Rift work best for you.

Tracking of your head movement is done with the help of an IR LED constellation tracking system, unlike the Hololens which does all of the tracking itself with its own cameras. This makes installation a bit more difficult but should be more precise and reduce the overall weight of the head unit.

For those that wear glasses, the company has improved the design to better allow for glasses, and they also make it easy to replace the foam surrounding the headset. 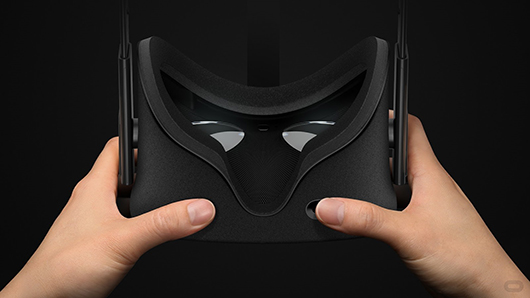 One thing that was really not known yet was what kind of control mechanism Oculus was going to employ. In the demos I did at CES, there was no interaction, and you were basically a bystander. Oculus announced today that every Rift will be shipping with an Xbox One wireless controller and the just announced wireless adapter for Windows. This is a mutually beneficial agreement to say the least, with Microsoft getting in on the VR action and Oculus getting access to a mature controller design. Oculus even stated that the controller is going to be the best way to play a lot of VR games. However they also announced their own controller for a new genre of VR games to give an even more immersive experience. 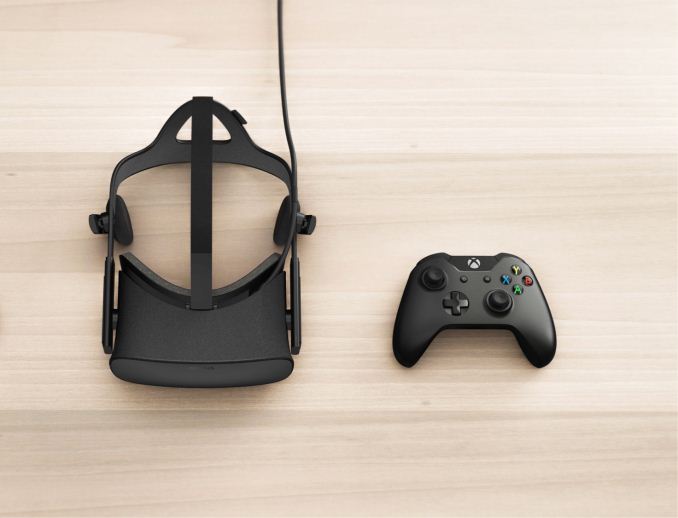 Oculus Touch is the name of new controller system that Oculus has come up with. Each controller has a traditional analog thumbstick, two buttons, an analog trigger, and a “hand trigger” input mechanism. The two controllers are mirror images of each other, with one for each hand. They are wireless as well, and use the IR LED tracking system as well in order to be used in space. The controllers will also offer haptic feedback so that they can be used to simulate real world touch experiences. They also detect some finger poses (not full finger tracking) in order to perform whatever task is assigned to that pose. These should be pretty cool and I can’t wait to try them out.

Hardware is certainly part of the story, but software is going to be possibly an even bigger part. The Rift needs to launch with quality games, and it looks like Oculus has some developers on board with EVE: Valkyrie, Chronos, and Edge of Nowhere being some of the featured games.

They also showed off their 2D homescreen which they are projecting into the 3D rift world. There will be easy access to social networks and of course multiplayer gaming in virtual reality.

In addition to the Xbox controller, Oculus has also worked with Microsoft to enable the upcoming Xbox Game Streaming into the Rift, so that you can be fully immersed. This will not magically make Xbox games 3D VR worlds, but instead will project the Xbox game into a big 2D screen inside the Rift and block out all distractions.

I’ve been a bit of a VR skeptic, but my time with the Rift was pretty cool. I can see a lot of applications for this outside of gaming, but of course gaming is going to be a big part of VR and Oculus looks to be lining up a pretty nice looking launch. A big part is going to be quality titles for the Rift and Oculus is working hard on that aspect. The hardware is now pretty polished.