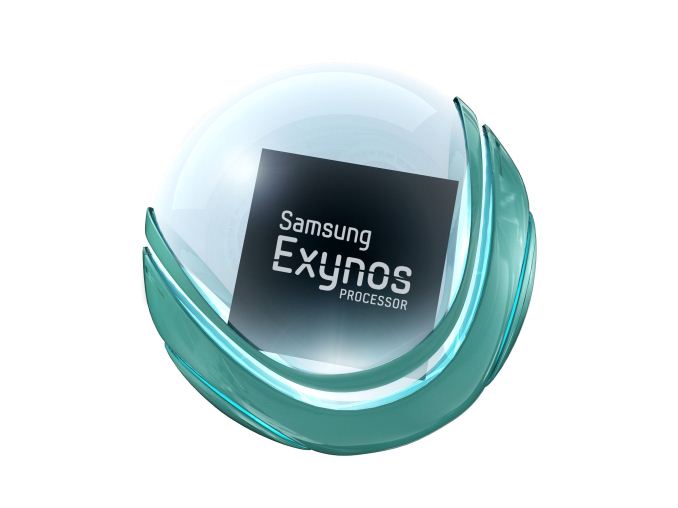 There has been a lot of confusion going on over the last few weeks on what exactly Samsung's Exynos 5433 is. Joshua and I were pretty much convinced that it was a standard big.LITTLE A15/A7 chip configuration due to naming consistencies and evidence in firmware. Even though the Note 4 was already announced with region-specific models employing this chip, Samsung S.LSI has yet to divulge any kind of official information on the matter or even publicly announce the chip.

With the release of new source code, we can now confirm that the Exynos 5433 is indeed the first Cortex A57/A53 SoC to market. We see a 4x Cortex A57, 4x Cortex A53 big.LITTLE CPU configuration employed in the part, here's a little overview of what we currently know:

The big question is why Samsung choose to name this chip Exynos 5433 and not market it as a 64-bit chip in a new product lineup? The answer could be simply that we won't ever see the 5433 running in AArch64 mode. The chip's firmware and drivers are running on a "CAL" / Chip-Abstraction-Layer on the lowest level of the driver stacks. In fact, beyond the CPU cores (and GPU), the Exynos 5433 looks very similar to the Exynos 5430 which employs A15/A7 cores. 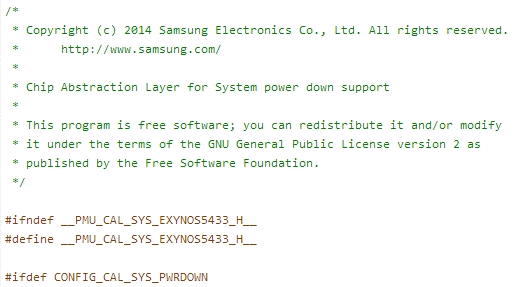 While we won't be seeing the Exynos 5433 running 64-bit code any time soon, it still takes advantage of the architectural improvements of ARM's Cortex A57 and A53 cores and their ARMv8 instruction set (running in AArch32 mode). Power consumption should also be improved due to the new A50's power management and new retention features. The silicon, similarly to the 5430, is manufactured on Samsung's new 20nm process.

Atlas (A57) and Apollo (A53) cores in the power management drivers

Also employed for the first time is ARM's new Mali T760 GPU running at 700MHz. We already published an architectural dive into the T760 detailing what's new. I wasn't able to determine the number of cores on this GPU due to ARM's transparent and scalable driver architecture in regards to shader cores, this is something we'll have to wait for in the eventual official announcement or in a hands-on investigation. OpenCL information points out to 6 compute units, hence we can derive an MP6 configuration on the Mali (Shoutout to Lodix for his findings).

While the Exynos 5433 seems nothing more than a "brain-transplant" in terms of SoC design, the newer Exynos 7 chip is a genuinely new part. Over the last 3 weeks Samsung has been busy submitting patches to the Linux kernel mailing lists adding support for their new SoC lineup. The Exynos 7420 seems to be on track for Samsung's next flagship lineup, this time in full 64-bit AArch64 mode with Android L. The details of the chip are still sparse, but we'll be seeing the same A57/A53 CPU combination together with an Mali T760, powered by an LPDDR4-capable memory controller.

The Exynos 5433 is definitely a surprise that many didn't expect. Qualcomm's Snapdragon 810 isn't officially due until Q1 2015, and we don't know yet when we'll be seeing it in consumer devices. Here Samsung has quite a lead as the Note 4 variants with the 5433 are shipping in the coming weeks. While I'm still a bit perplexed at Samsung's silence and lack of announcements, the fact that many regions are supplied a Snapdragon S805 in the Note 4 may have to do something with it, as they wouldn't want to cause buyer's remorse.