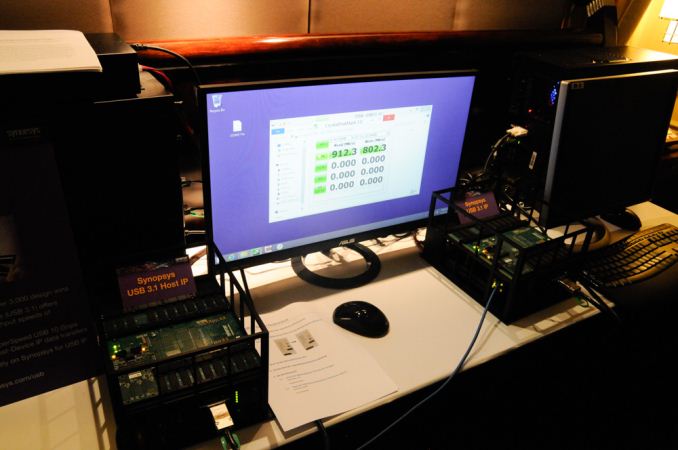 December of last year, the USB-IF announced that the definition of a new type of compact connector, dubbed type C, was underway. After pushback from the USB 3.0 micro-B connector, which added a lobe for the USB 3.0 data lines in addition to the signaling and port for USB 2.0 micro-B, many saw the definition of a type C connector as a way to learn from previous lessons and design a connector for better, sleeker industrial designs and with a new emphasis on mobile devices like tablets and smartphones.

The type C connector is still in development, and there aren't any current renderings or drawings, but what has been laid out are the design goals for the new connector design. The connector will be reversible, and able to negotiation which end is host or client (direction-agnostic) with type c connectorization at both ends, although cables will still come in type-A to type-C combinations for use with power adapters and current generation hosts. In addition it will be around the same size as the current USB 2.0 Micro-B connector and catered toward enabling the kinds of thin and sleek industrial designs smartphone, tablet, and even notebook OEMs desire. Type C will work with USB 3.1 and the power delivery specification, in addition to including some extra pins for growth and building out the standard in the future, the goal is to make this the connector for the next 10 years. In addition, the standard will define an intermediary adapter for going from current 2.0 or 3.0 micro-B connectors to the new type C connector. I'm told to expect the Type C connector to have drawings and be better understood probably before the next IDF. 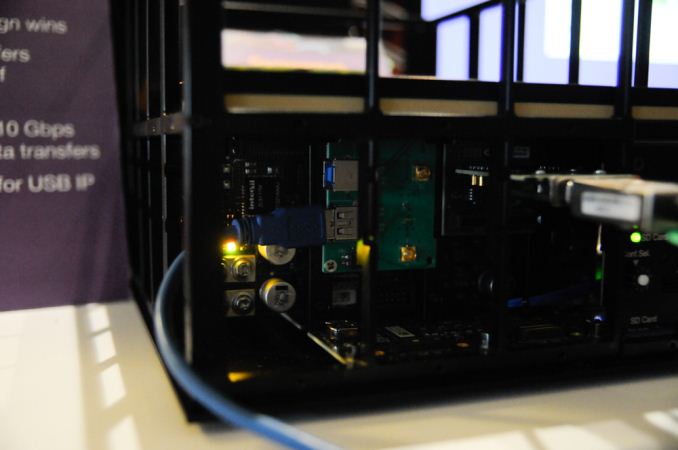 In addition USB-IF showed two demos of USB 3.1, the new standard which enables up to 10 Gbps transfer speeds by doubling the clock rate and also moving to a more efficient 128b/132b coding scheme with just 3 percent overhead, compared to the 20% overhead in 10b/8b from USB 3.0. Both demos were implemented on FPGAs, and showed transfer rates right around 1 GB/s (8 Gbps), the second using Synopsis' FPGA implementation over current generation USB 3.0 cables.