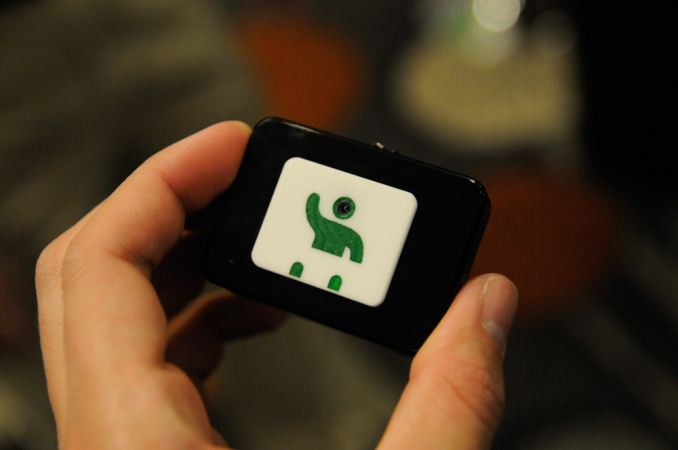 Wearables seem to already be the unofficial theme of CES 2014, which officially begins today. I stopped by Ambarella to see their latest and greatest, now well known for making the SoC and video encode platform inside the popular GoPro series of cameras, which are based on the A7 and A7L SoCs. Ambarella was showing off a newly announced camera platform designed in a partnership with Google for Google Helpouts, a service designed to enable inscrutable sessions through what looks like the Google Hangouts interface, between a teacher and learner. 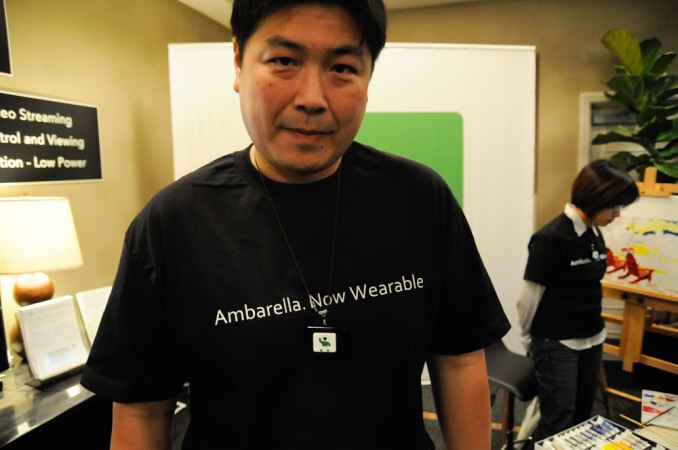 The camera shown off is worn like a pendant, allowing the user to have full use of their hands while broadcasting and showing off whatever subject or task it is that they're performing. There's a magnetic quick detach strap on the lanyard as well to allow the user to move the camera around as well. The goal is to make the platform easy to use as a secondary camera for Helpouts, and pairs either to a smartphone or tablet, or directly to a local WiFi AP. Video quality looked very good, with minimal latency, and battery life at 1080p30 is around 1.5 hours. There's no onboard storage on this model since the application is streaming directly to the cloud, although the platform could easily store 1080p30 to an SD card or eMMC. Ambarella expects partners to adopt the platform and make cameras designed specifically for Helpouts. 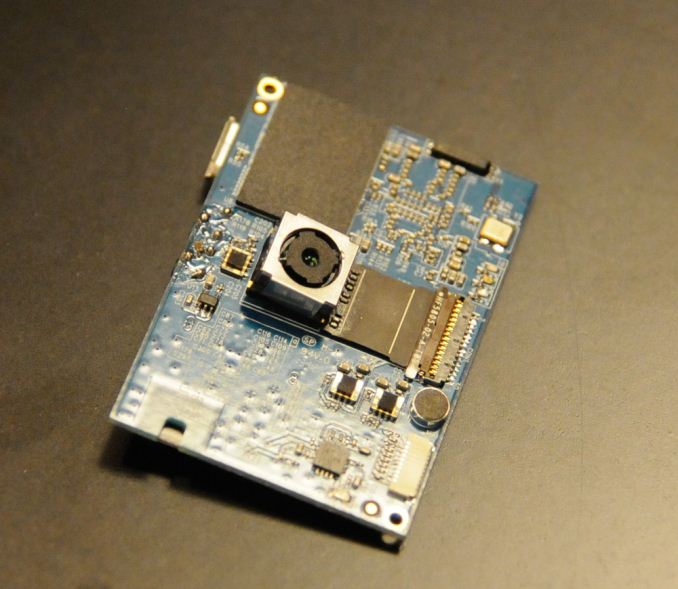 The SoC is an A7L derivative called the A7LW (W for wearable) which consists of the same combination of ISP, video encoder up to H.264 High profile Level 5.0, 600 MHz ARM11 CPU, and built on a 32nm LP process, but further optimized for even lower power to squeeze it into wearables.

Ambarella also noted that the A9 SoC which will enable 4Kp30 (UHD) encode and decode that we saw at CES 2013 (and again in a more final form at this CES playing back some new 4Kp30 content at 35 Mbps H.264) is now in production and that devices will arrive this year with it inside.