With it’s VA panel, the BenQ looks better at off angle viewing than a TN display would, though not quite as good as an IPS panel can. Moving off-angle you begin to get an image that washes out a bit, but not the color shifts that are common to TN panels. Moving as little as 15-20% off to the side can lead to the loss of color so I would recommend keeping the monitor as close to lined up directly with your eyes as possible. The stand only has tilt adjust, so if you need height or swivel support to keep it in line, you might want to consider a different stand or mount that can use the 100mm VESA mounting holes.

With a VA panel and LED lighting, the BenQ EW2420 seemingly has everything in place to produce a very good image. Using the included profile, we find a Delta E (dE) of over 10 with the highest levels of error coming in the grayscale, where we least want them to occur. 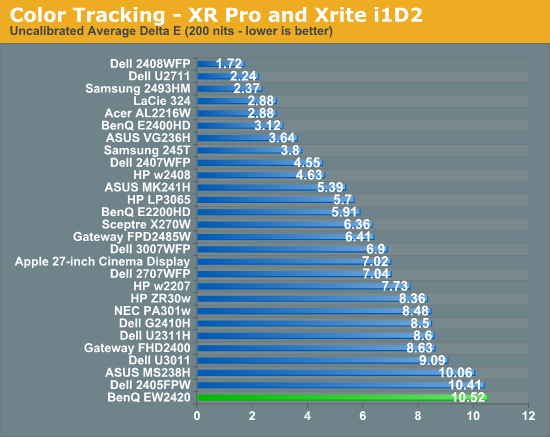 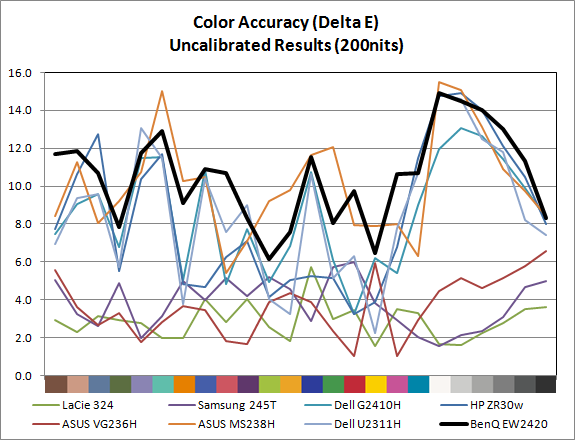 Using ColorEyes Display Pro, we set our calibration target for a D65 white point, 2.2 gamma, and 200 nits of light output. We are using an i1Display2 meter for our measurements and making sure to give the display an hour to stabilize in readings. The BenQ EW2420 supports DDC controls so I attempted to calibrate using DDC and to calibrate manually using the RGB gain controls available to the user in Standard mode. The difference between the two methods resulted in a dE difference of 0.04, well within any margin of error, so I used the DDC mode since the results were as good, and the easier method is more likely to be used. 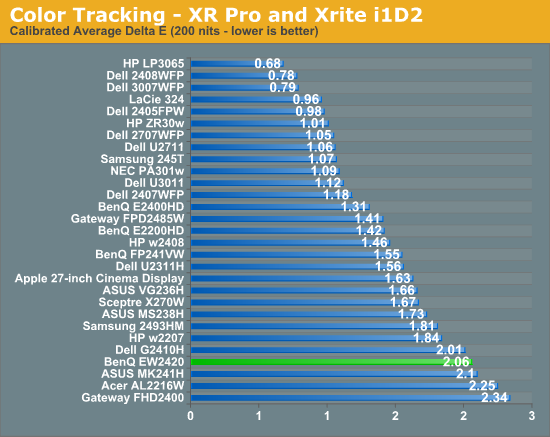 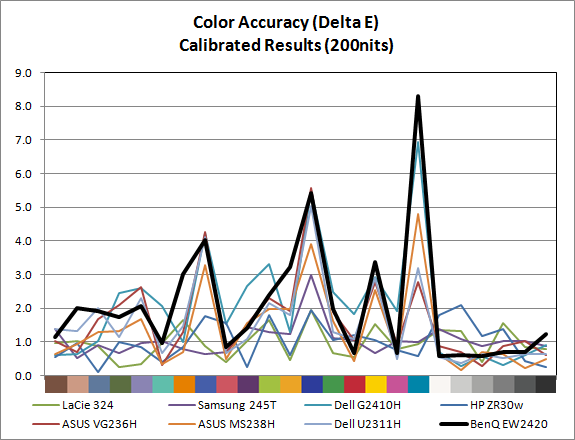 After calibration we see that the dE was moved from over 10 down to just over 2. A closer look at the individual calibration numbers show that the grayscale tracks very well at the points measured, and the colors in the GMB color checker that are producing most of the error are heavily weighted towards blue. Additionally one of the samples in the GMB color checker, a shade of cyan, falls outside of the sRGB gamut so monitors that can’t do the AdobeRGB color space are always going to produce a large error on that sample.

Blue color errors are both preferable to other color errors as our eyes are less sensitive to them than to errors in red or green. This is another reason to pay close attention to the detailed breakdown of the dE number and not just focus on the overall number. 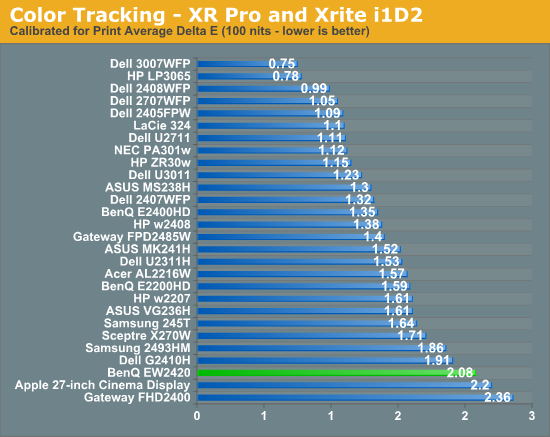 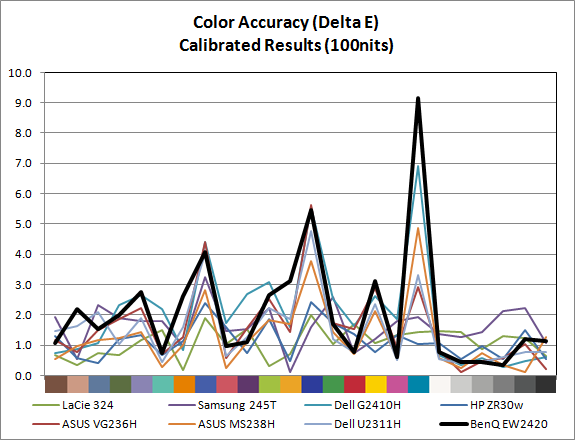 With 100 nits, we see very similar performance, though the dE in the grayscale goes up at the lower end of it. As mentioned before, this could be due in part to darker output levels than the 200 nits result leading to measurement errors.