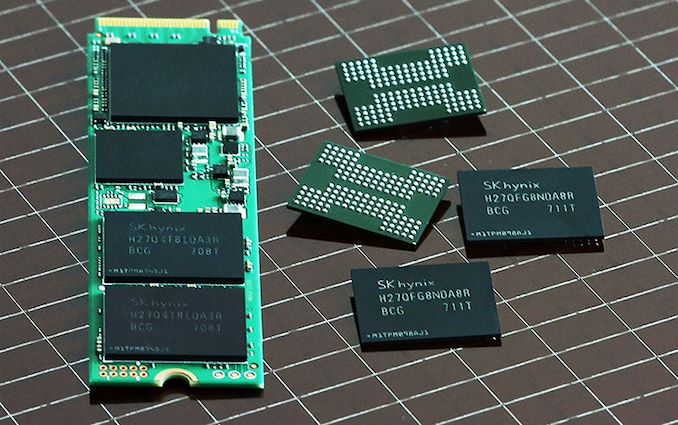 When a major South Korean memory firm invests over $11 billion in a fab, that raises a couple of eyebrows. But when it comes within a major $100+ billion capital expenditure (CapEx) package, it certainly warrants some attention.

Semiconductor business in general and memory business in particular are very cyclical in their nature. Just a year ago almost all chips were in short supply and prices of commodities like memory or display drivers were high, but now that sales of PCs are declining, memory prices are declining too. But several years down the road demand for PCs and other client devices will rise once again, and so will demand for memory. Which is why SK Hynix is already preparing for this with its Fab M15X expansion plan.

SK Hynix’s Fab M15X will be a two-story building occupying 60,000 m2 of land and will be located adjacent to existing Fab M15 in the Cheongju Technopolis industrial complex. The fab will produce 3D NAND (which means more chemical vapor deposition and etching tools in the cleanroom) and/or DRAM (which is more lithography-intensive, so more DUV and EUV equipment in the cleanroom) memory chips, depending on demand by the time it comes online sometimes in 2025. Since at present it is unclear/undecided what the fab will produce, the company cannot disclose planned production capacity of the upcoming manufacturing facility.

At a planned size roughly equal to combined space of SK Hynix’s existing Fab M11 and Fab M12, the company’s Fab M15X expansion looks more like an entirely new fab built adjacent to existing Fab M15 than an expansion project of the existing fab. Yet since the two manufacturing facilities share infrastructure and various facilities, the maker prefers to call it Fab M15X.

"Looking back on the past 10 years, SK hynix could grow into a global company as it boldly carried out investment during crisis," said Park Jung-ho, vice chairman and co-chief executive of SK Hynix. "As we look to prepare for the next 10 years now, I believe starting the M15X will be a first step to lay foundation for a solid future growth."