Benchmarks such as ATTO and CrystalDiskMark help provide a quick look at the performance of the direct-attached storage device. The results translate to the instantaneous performance numbers that consumers can expect for specific workloads, but do not account for changes in behavior when the unit is subject to long-term conditioning and/or thermal throttling. Yet another use of these synthetic benchmarks is the ability to gather information regarding support for specific storage device features that affect performance.

Two key aspects to look into here are whether the storage bridge is able to deliver 2GBps speeds, and whether there are any glaring red flags when compared with other similar storage bridges. In both aspects, we find the AK-ENU3M2-07 giving no cause for concern. The ATTO benchmarks provided below show similar performance for all three enclosures - the Akasa one, the Silverstone MS12, and the Yottamaster HC12. ATTO benchmarking is restricted to a single configuration in terms of queue depth, and is only representative of a small sub-set of real-world workloads. It does allow the visualization of change in transfer rates as the I/O size changes, with optimal performance being reached around 512 KB for a queue depth of 4 - this may vary based on the bridge firmware too.

Both NCQ and UASP are supported, and the benchmark numbers are approximately the same for all three ASM2364 enclosures. 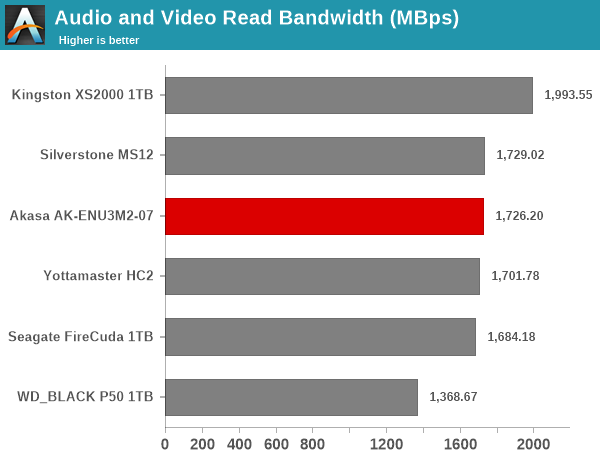 It can be seen that there is no significant gulf in the numbers between the different ASM2364 enclosures. For all practical purposes, the casual user will notice no difference between them in the course of normal usage. For certain workloads, the native UFD controller solution in the Kingston XS2000 works better. The internal SSD characteristics may also help in certain traces, as shown in the performance of the Seagate FireCuda USB 3.2 Gen 2x2 solution in some of the workloads. Beyond this, power users may want to dig deeper to understand the limits of each device. To address this concern, we also instrumented our evaluation scheme for determining performance consistency.

The first three sets of writes and reads correspond to the AV suite. A small gap (for the transfer of the video suite from the internal SSD to the RAM drive) is followed by three sets for the Home suite. Another small RAM-drive transfer gap is followed by three sets for the Blu-ray folder. This is followed up with the large-sized ISO files set. Finally, we have the single disk-to-disk transfer set. First off, we see no signs of thermal throttling, with all three enclosures taking similar amounts of time to complete the test. The interesting aspect here is temperature - the AK-ENU3M2-07 has the least delta between starting and ending temperatures out of the three ASM2364 enclosures.

There are a number of storage benchmarks that can subject a device to artificial access traces by varying the mix of reads and writes, the access block sizes, and the queue depth / number of outstanding data requests. We saw results from two popular ones - ATTO, and CrystalDiskMark - in a previous section. More serious benchmarks, however, actually replicate access traces from real-world workloads to determine the suitability of a particular device for a particular workload. Real-world access traces may be used for simulating the behavior of computing activities that are limited by storage performance. Examples include booting an operating system or loading a particular game from the disk. 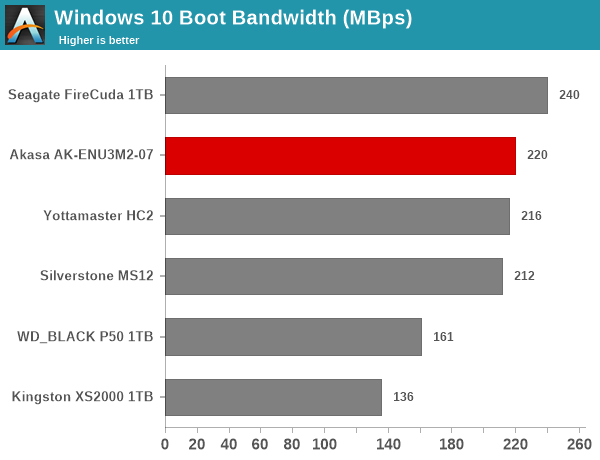 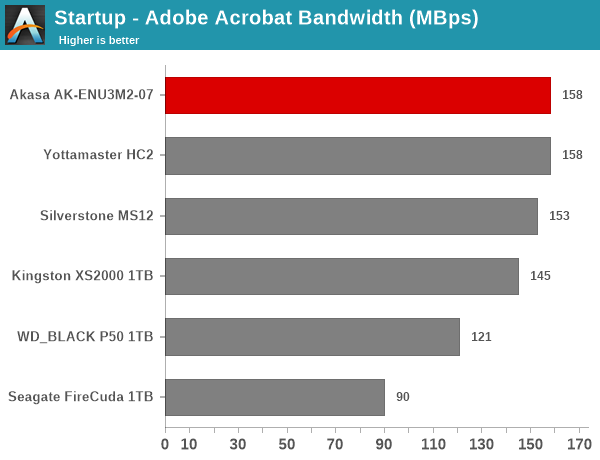 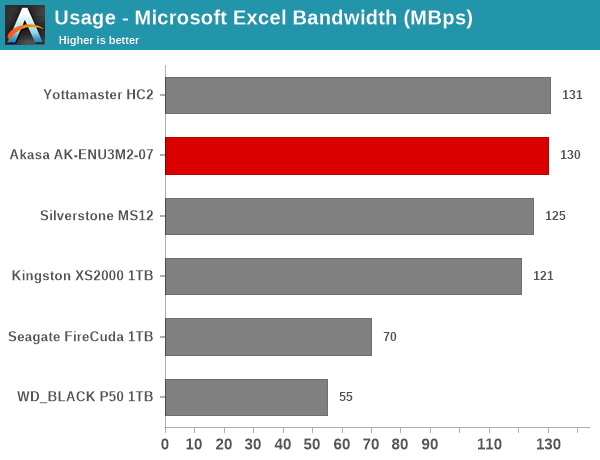 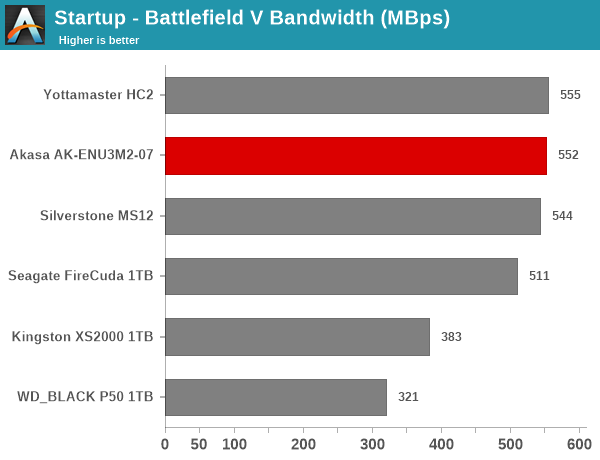 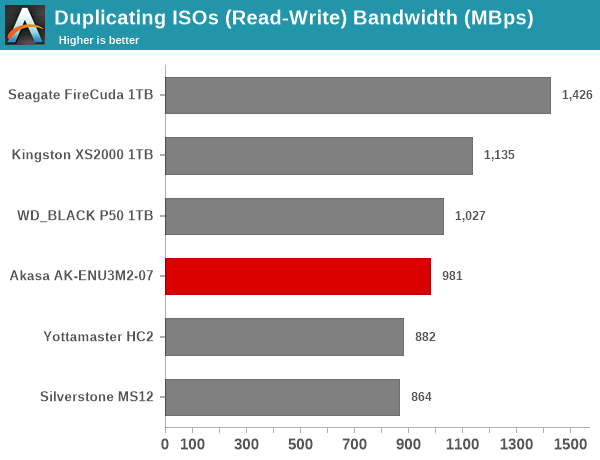 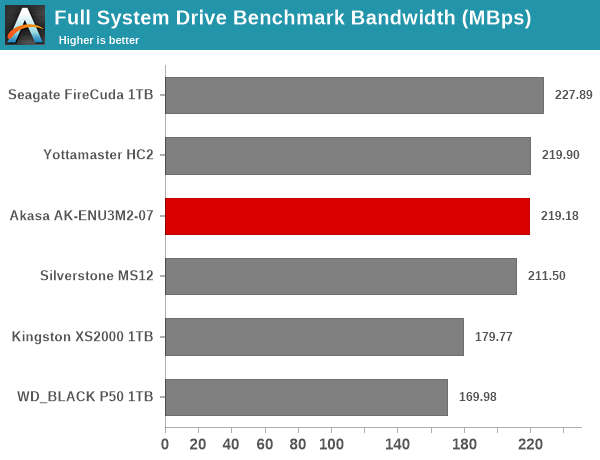 There is not much to choose betewen the three ASM2364 solutions in the PCMark 10 traces, as expected. From a performance viewpoint, the internal SSD matters more, as we see differences in performance between the WD_BLACK P50 and the Seagate FireCuda. Thre three enclosures come in the middle of the pack with similar scores due to the same SSD being used in them. The bridge firmware differences do not result in any major performance deviations.