In 2019, ASRock debuted its highly premium yet expensive Aqua series through the ASRock X570 Aqua, which we reviewed. We also reviewed the ASRock Z490 Aqua, and our overall thoughts were that the Aqua was extremely 'cool' in both performance and aesthetics. Fast forward to 2022, and ASRock has launched two new Aqua series motherboards for Intel's Alder Lake, one for conventional users and one designed for extreme overclockers looking to maximize both compute and memory performance under sub-zero cooling. 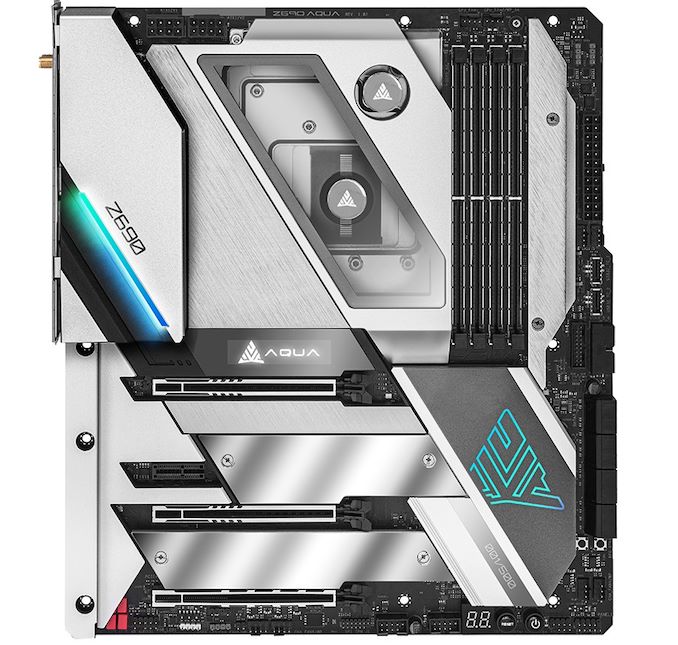 The ASRock Z690 Aqua has a 'wave' of features, including a large custom monoblock designed to cool both the processor and large advertised 19+1 phase power delivery using the latest premium 105 A power stages. It also includes stainless steel plating across the 12-layer E-ATX sized PCB, with plenty of integrated RGB lighting for users to host their own epic water-cooled discotheque. The ASRock Z690 Aqua also includes an OLED display, which can display many different forms of information from voltages, frequency and can be configured within the BIOS.

Dominating the lower portion of the board are two full-length PCIe 5.0 slots that can operate at x16 or x8/x8, one full-length PCIe 4.0 x4, and one PCIe 3.0 x1 slot, with three PCIe 4.0 x4 M.2 slots that all include M.2 heatsink coverage. For SATA, there are eight ports in total, with four coming from the chipset with support for RAID 0, 1, 5, and 10 arrays, while an ASMedia ASM1061 SATA controller powers the other four. As does most premium Z690 motherboards, the Z690 Aqua can support up to DDR5-6400 memory, with a combined capacity of 128 GB across four slots. 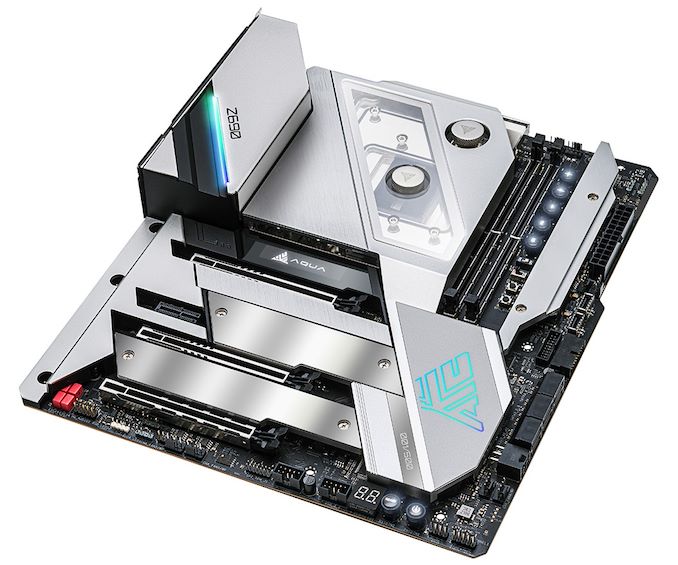 The ASRock Z690 Aqua OC shares the same core feature set but has two memory slots with support for DDR5 memory. As many 'OC' branded boards do, this is to enhance memory performance when overclocking. ASRock also states that it includes an external clock generator to boost OC potential, as well as the exact premium 19+1 phase power delivery as the 'regular' Z690 Aqua. It also includes an overclocker's toolkit next to the memory slots for on-the-fly overclocking. However, both models have a power and rest button, with a two-digit LED debugger.

Both the ASRock Z690 Aqua and Z690 Aqua OC will be limited to just 500 units each with its own unique production number. ASRock hasn't informed us of the expected availability or pricing, but we expect it to come with an eye-watering price tag.