The ASRock Mars 5000U series comes in a svelte and very slimline black brushed aluminum chassis, with dimensions of 194 x 150 x 26 mm (W x D x H), making it a single mm thicker than a regular chassis fan. Due to there being very little wiggle room for space inside, at just 0.7 liters, ASRock uses a proprietary fan and heatsink combination to keep the AMD Ryzen 5000U APU cool. For memory, there's a pair of memory slots that can accommodate up to 64 GB of DDR4-3200 SO-DIMM memory, while storage capabilities include one PCIe 3.0 x4/SATA M.2 slot and one 2.5" SATA hard drive bay. 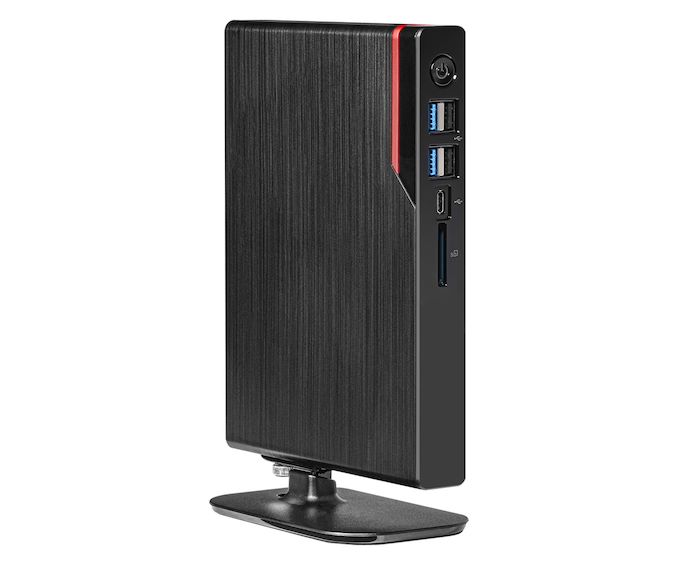 The ASRock Mars 5000U series looks very similar to the previous Mars 4000 series mini-PC series. The only difference is that the newer model supports the upcoming Ryzen 5000 APUs based on AMD's Zen 3 microarchitecture. ASRock hasn't stated which APUs it will offer. Pricing is currently unknown.