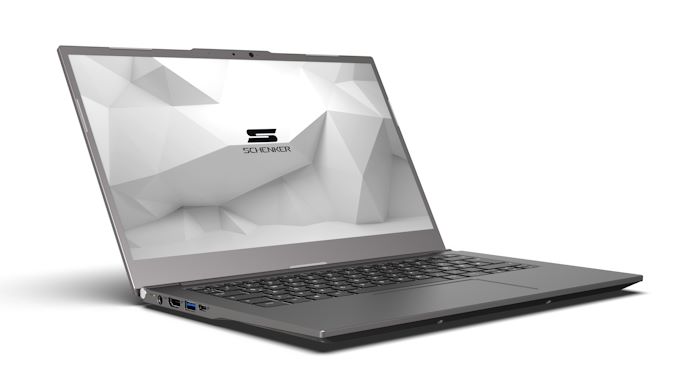 With Intel lifting the lid on its new Tiger Lake mobile processors today, a number of vendors are announcing their upcoming notebooks. Schenker Technologies, a German brand known in Europe for its Xtreme Mobile Gaming (XMG) line of products and custom Clevo implementations, is one of the first to describe an upcoming 11th Gen Intel Tiger Lake portable notebook as part of its VIA line. With a lightweight magnesium chassis, the VIA 14 uses up to a Core i7, a 73 Wh battery, and a one watt display to give 14+ hours of battery life.

The key thing to note about Tiger Lake is the increase in both CPU and GPU performance compared to the previous generation Intel notebook processors. We still have four cores, but the Tiger Lake cores can now boost a lot higher due to Intel’s improved 10nm SuperFin process (which you can read about here). Tiger Lake is Intel’s first product with its new Xe-LP graphics design as well, promising 2x the graphics performance of the last generation. The goal with these processors is to enable a nice and comfortable experience in a range of designs from ultra-premium to the run-of-the-mill. 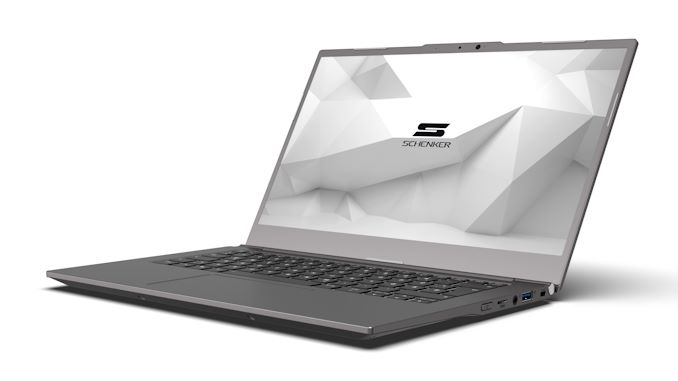 The Schenker VIA 14 sits in that ultra-premium market. Using a lightweight magnesium chassis, the kind that we only ever see on the expensive end of the market, the VIA 14 is claiming only a 1.1 kg (2.4 lbs) weight despite also putting a 73 Wh battery inside. Personally I find this a bit mind blowing, if I’m honest. A 73 watt-hour battery in a 1.1 kg notebook is insane, and they are also claiming a 90% charge in 90 minutes. Not only that, but there’s also one of Intel’s approved low-power one-watt displays, enabling 14+ hours of active battery life according to the press release when at 150 nits.

Tiger Lake also enables PCIe 4.0 storage, native Thunderbolt 4, and Schenker will also support an optional LTE modem for business customers. Despite being lightweight, the big battery means the notebook is 16.5 mm, but with a 14-inch display is still very portable. The ports with the VIA 14 include a HDMI 2.0b connection, a USB 4.0/Thunderbolt 4 Type-C with DisplayPort 1.4b support, two USB-A 3.2 ports, a microSD card reader and a combination headphone jack. Native connectivity is through Wi-Fi 6, and as mentioned, an LTE add-on is supported.

For storage, the VIA 14 has support for two M.2 SSDs, one at PCIe 4.0 and the other at PCIe 3.0. Memory is DDR4-3200, with 8 GB coming pre-soldered and an 8 GB SO-DIMM module coming as standard, however up to 40 GB total memory can be supported. The 14-inch display has a maximum brightness of 300 nits and provides 98% coverage – Schenker says the special ‘one-watt’ display applies when running at 150 nits. The display also opens to a 180-degree hinge.

Schenker also included a preview of what is to come, simply stating that a version with a 28 W Tiger Lake processor paired with an NVIDIA graphics card will be ‘coming soon’.