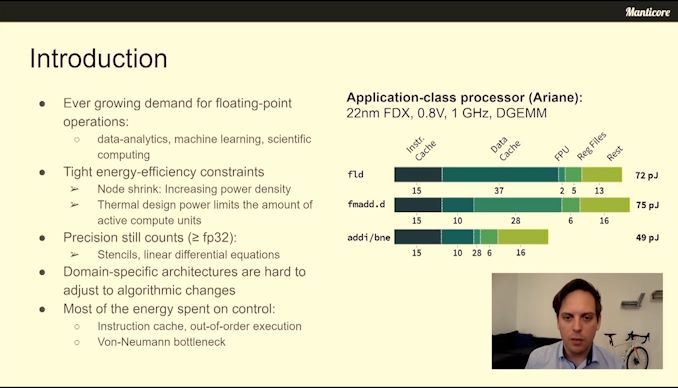 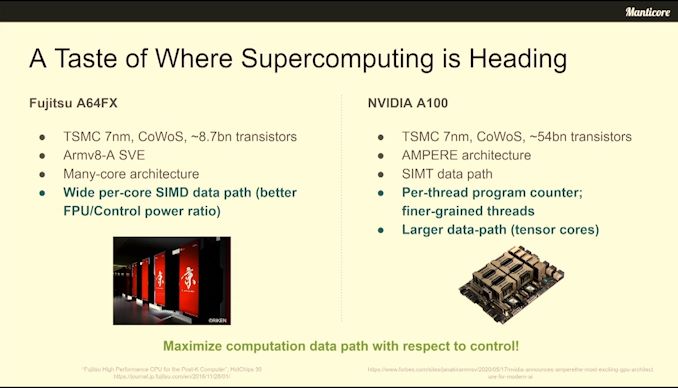 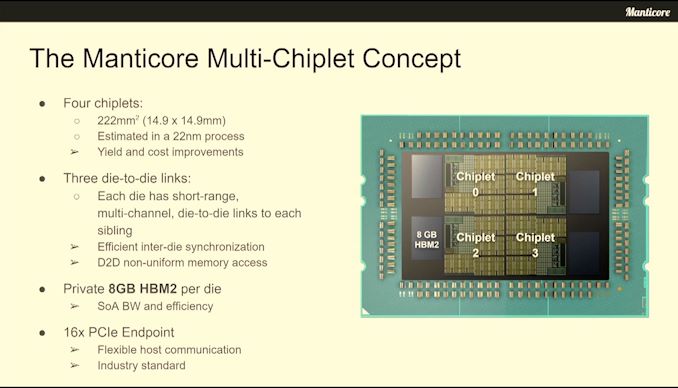 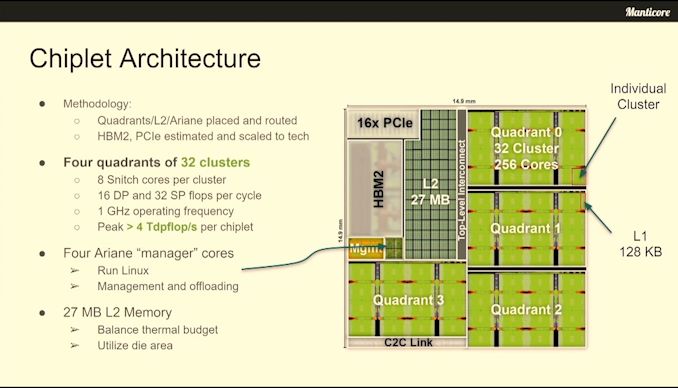 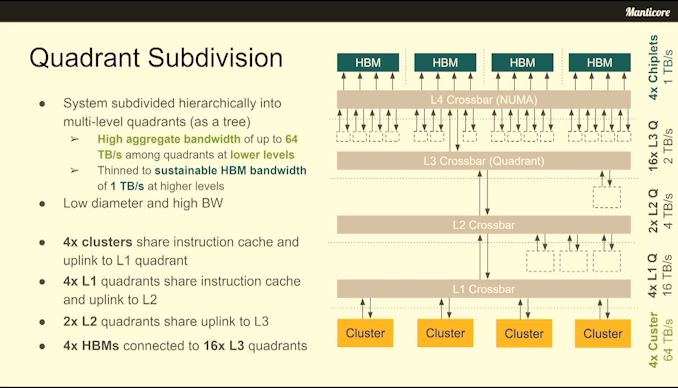 06:42PM EDT - Each core has a multi-format SIMD compute unit 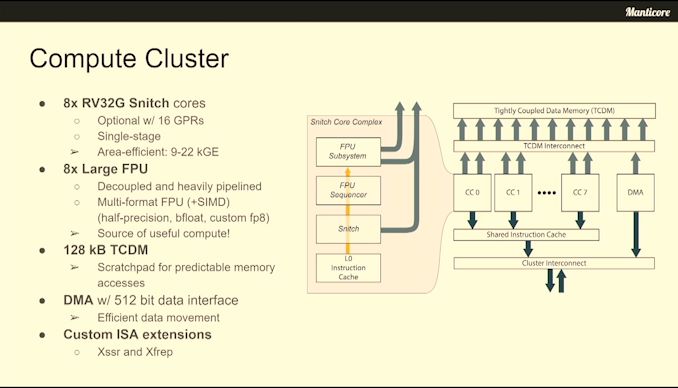 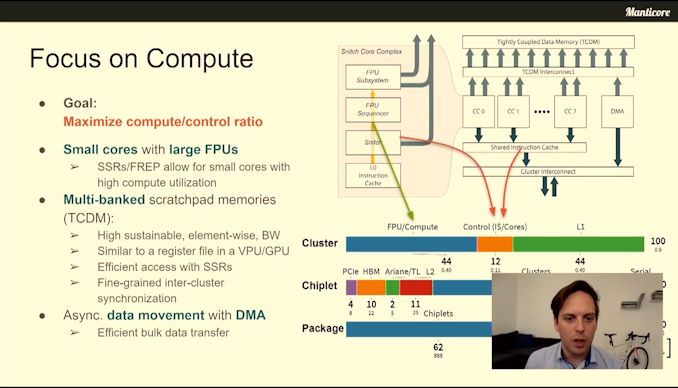 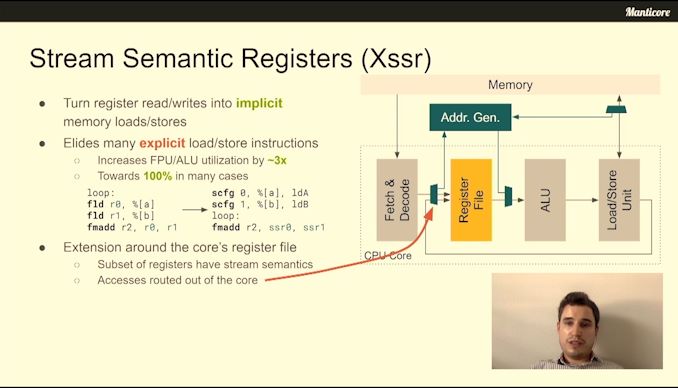 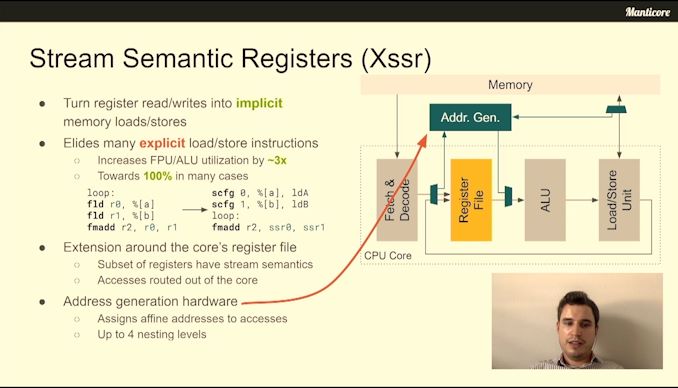 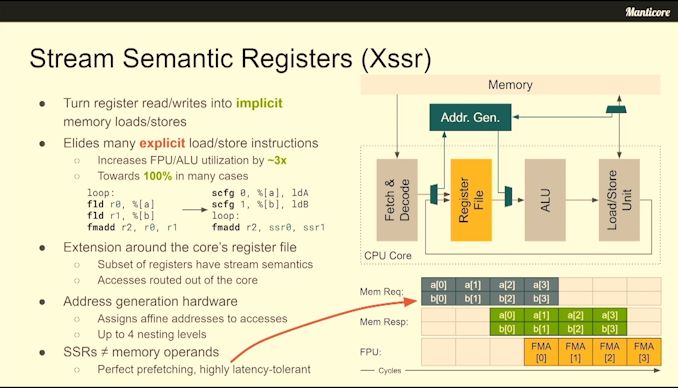 06:48PM EDT - 'Psuedo-dual issue' as integer core can work at the same time 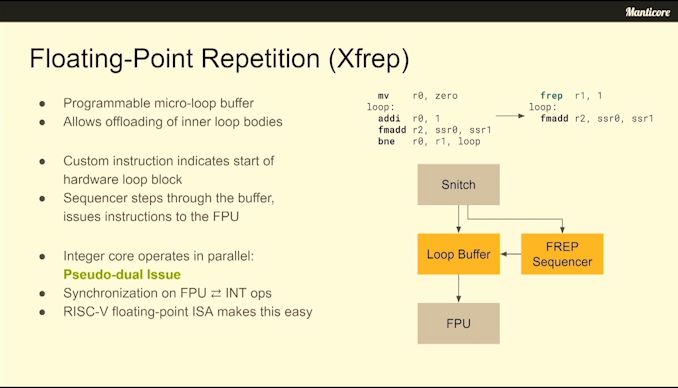 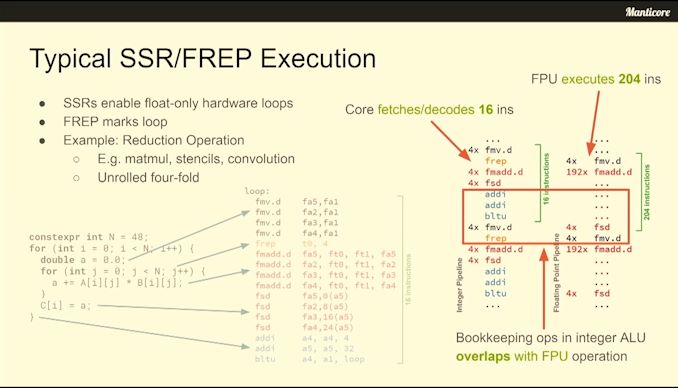 06:53PM EDT - increased utilization for matmul and dotproduct that might be memory bound 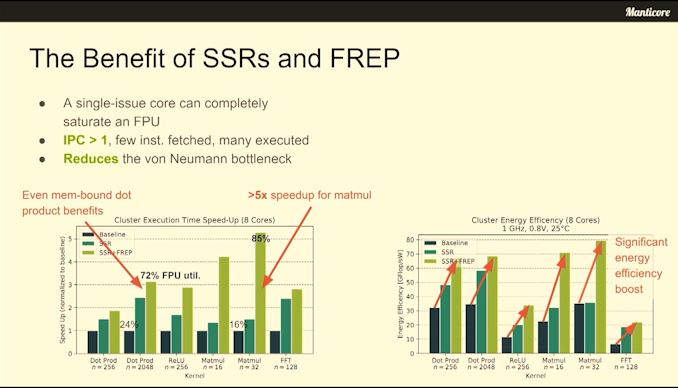 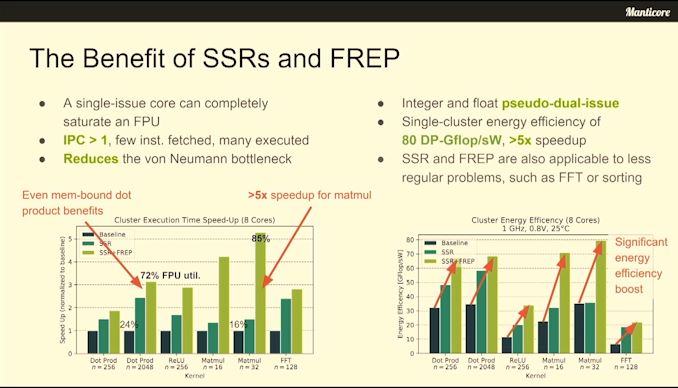 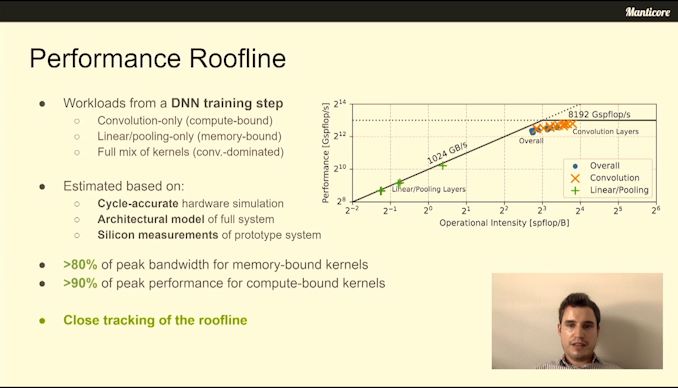 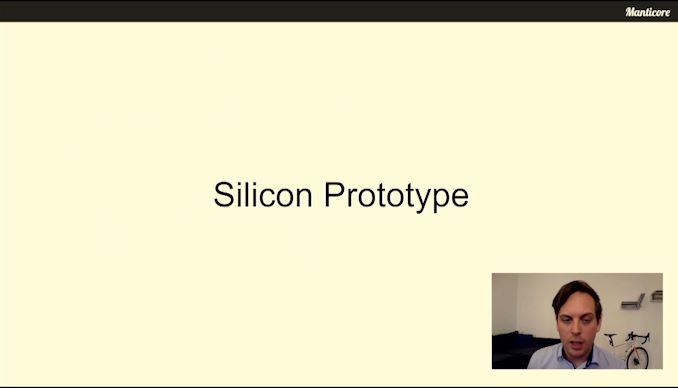 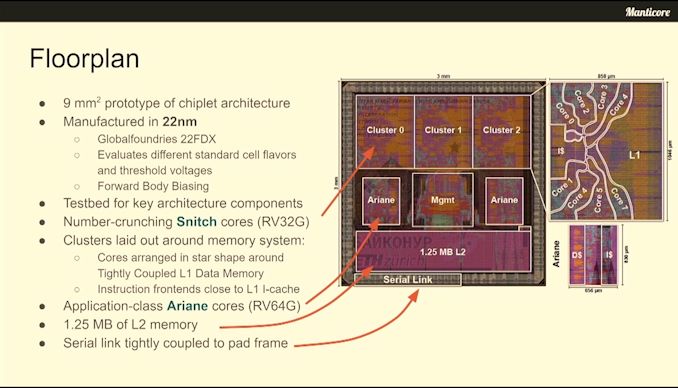 06:56PM EDT - This is only a prototype small core of chiplet 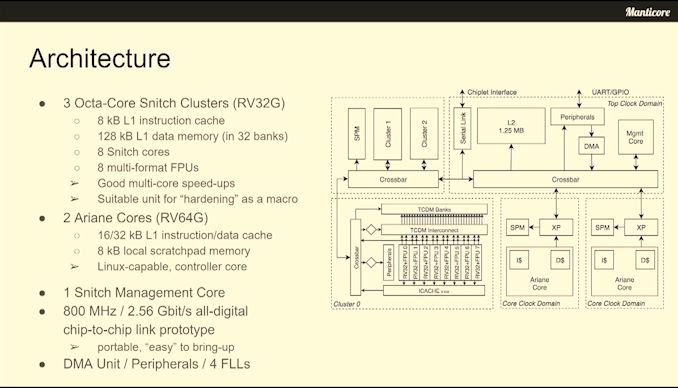 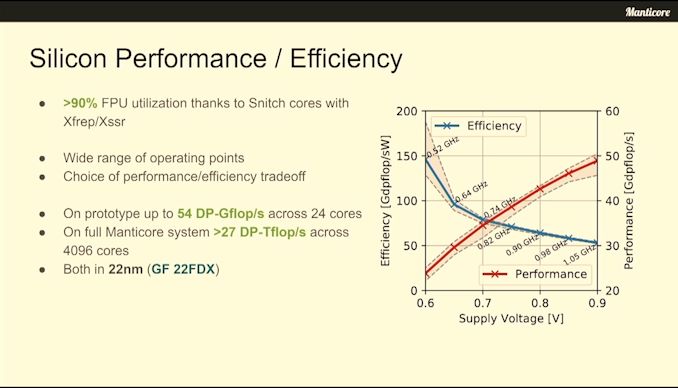 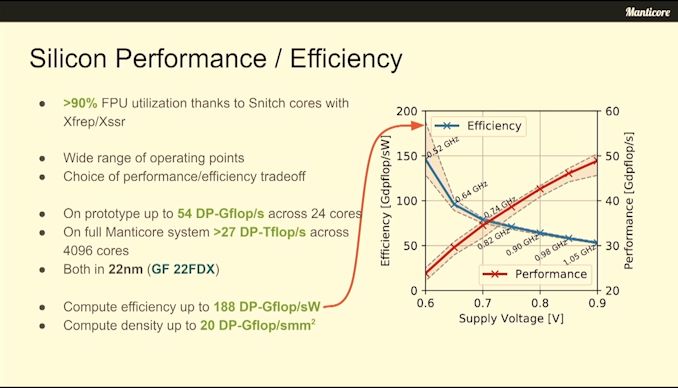 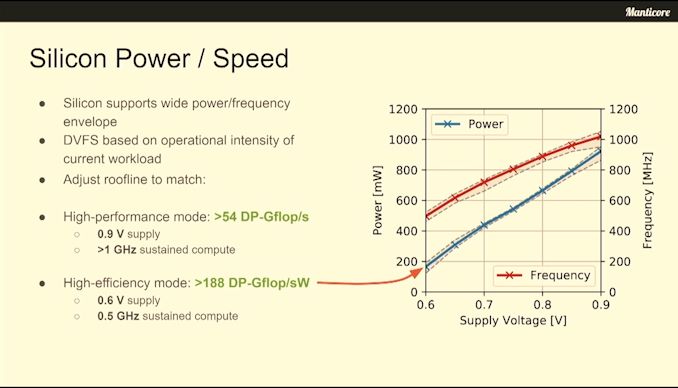 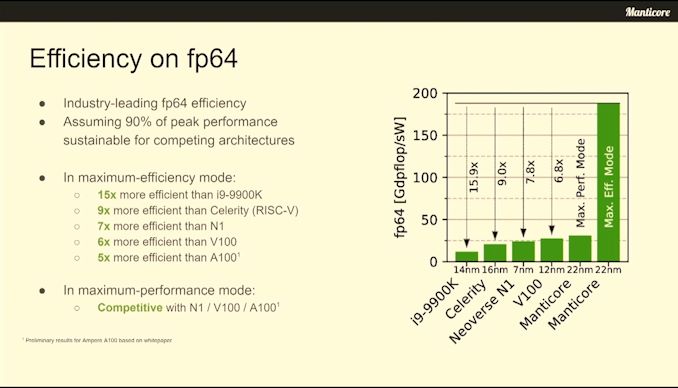 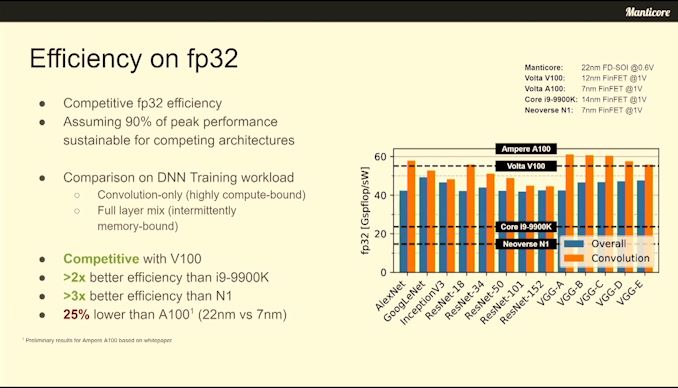 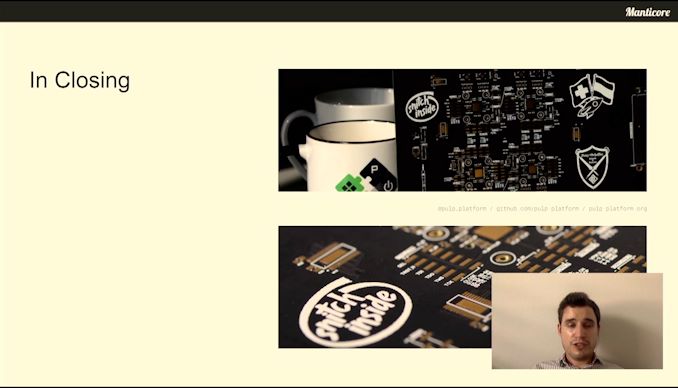 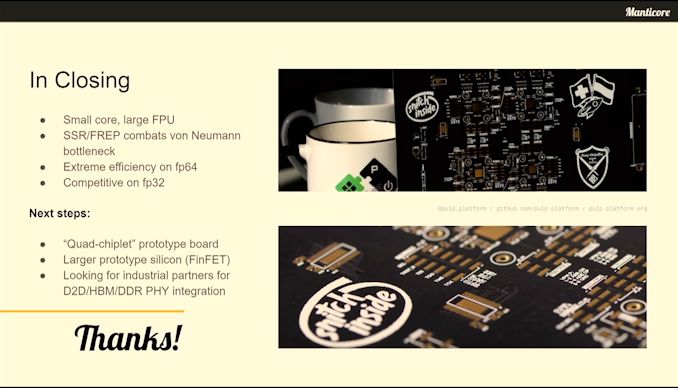 07:06PM EDT - Q: how does the compiler target the new instrutcions? A: Loop detection to promote loops that have the required characteristics. Might not always hit all cases - so go down QDNN, offer optimized low level kernels that frameworks would support

07:07PM EDT - Q: Productization? A: Concept so far to explore the key components. Wanted lean and mean RISC-V cores. Still missing the key components at SoC level, such as interconnects, which as a university is hard to come by. Looking into to generating and taping out later system in a research concept in the future.

07:08PM EDT - That's a wrap. Short break until the next sesstion, at half-past. Baidu + Alibaba NPUs