Intel Puts Whiskey Lake on The Bonfire: Penny for the NUC 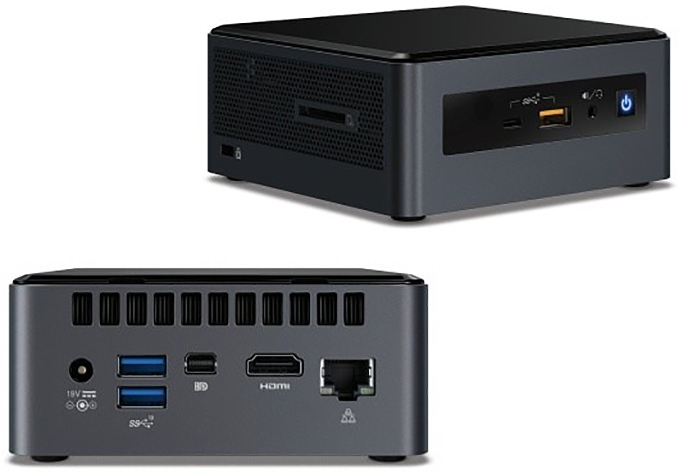 Intel has begun winding down sales of the majority of its Whiskey Lake-based 8th generation NUCs (NUC8 Series). This month  the company issued a product change notification for the UCFF systems, establishing a plan for transitioning the systems to end of life (EOL) status. Like other EOL transitions, Intel is giving themselves and customers a bit of time to prepare, with the final shipments of the systems set to occur in July.

Interestingly, while Intel is discontinuing most of their Whiskey Lake-based NUCs, they aren't discontinuing all of them, at least not in a single go. This month's announcement only covers NUC8s using Core i5 and Core i7 chips; the Core i3 models are not part of the EOL plan.

Intel’s Whiskey Lake processors were introduced in August 18, 2018. These CPUs are still widely used by PC manufacturers, so it's a bit surprising to see Intel discontinue NUCs based on them so soon. But with the company using the same 14++ process for numerous other and newer parts, including Comet Lake and Coffee Lake, there is some definite redundancy in Intel's chip stack. As well, the company is still working to meet the overall demand for chips made on that process. 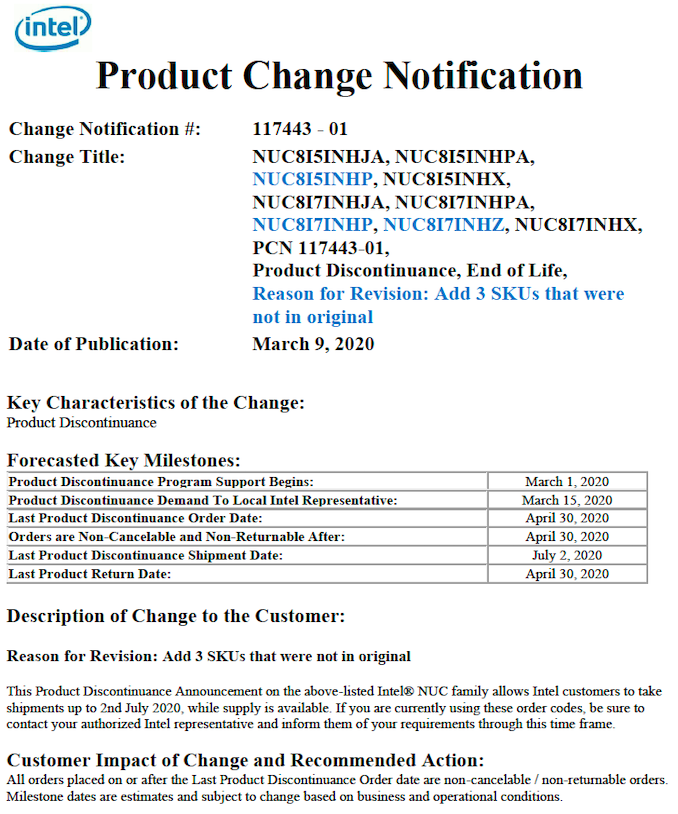