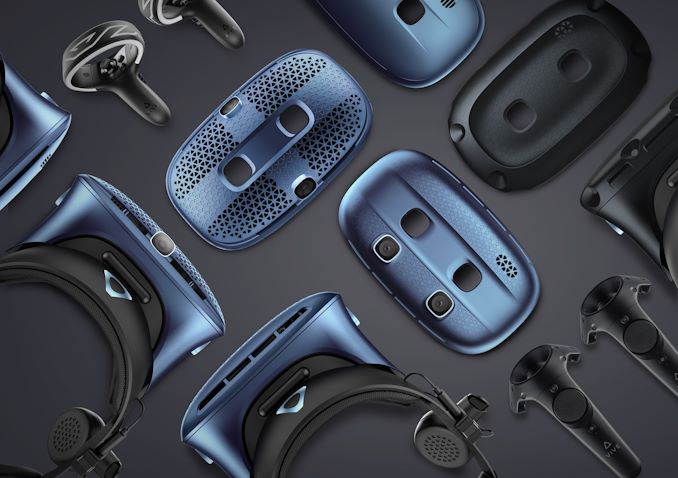 When HTC introduced its Vive Cosmos VR headset with modular front panel last year, it was pretty much evident that the company will use this capability to address specific use cases and expand its product lineup. This month HTC finally introduced several new products in the Vive Cosmos ecosystem that complement the original headset.

The Vive Cosmos VR head mounted display is equipped with a built-in inside-out 6-degree-of-freedom (6DoF) positional tracking enabled by six cameras, a G-sensor, a gyroscope, and therefore does not need any external sensors for tracking. There are games that rely on SteamVR tracking base stations and controllers and there will be owners of the new HMD do not want to miss them, especially if they already own trackers and original Vive controllers (which they bought the first-gen Vive or Vive Pro HMD).

Specially for such customers, HTC will offer the External Tracking Faceplate that enables Lighthouse stations 1.0 and 2.0 to work with the latest VR headset. The device will be available in the second quarter for $199.

For those who begin their VR career and would like to enjoy content developed for the original Vive VR headset and controllers as well as the new Vive Cosmos VR platform, HTC plans to offer the Vive Cosmos Elite bundle.

The Vive Cosmos Elite package contains the Vive Cosmos VR headset, the External Tracking Faceplate, two SteamVR base stations, and two Vive controllers. The whole bundle is priced at $899 and will be available later in Q1 with pre-orders staring on February 24th.

Next up is the Vive Cosmos XR that is meant for those working on eXtended Reality (XR) content. The device adds two more cameras to the faceplate in a bid to enable ‘a near-complete passthrough field of view that uses the majority of the VR display (up to 100º FOV)’ thus allowing to blend virtual content with the real world. 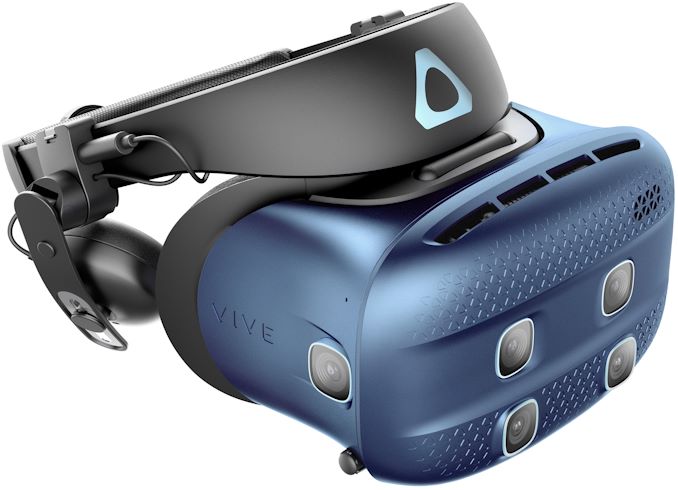 The product will be described at GDC and will be available later this year.

Last but not least, HTC also announced plans for a cheaper version of the Vive Cosmos with four cameras on the faceplate instead of six. The Vive Cosmos Play device is aimed at novice and casual users as well as for public VR experiences.

The Vive Cosmos Play with its four cameras will naturally offer a lower-precision positional tracking than the original model with six cameras, so HTC recommends using the device with basic VR content. Owners of the product will be able to upgrade it anytime with a required faceplate and get new experience.

Pricing of the product is unknown, but quite naturally, HTC will  want the Vive Cosmos Play to become a mass product and will likely price them accordingly.