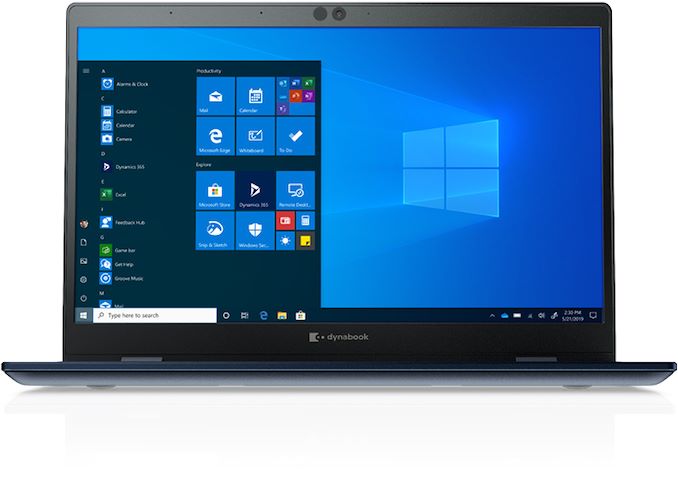 Dynabook has introduced its redesigned ‘hyper-light’ 13.3-Inch Portégé X30L-G, which has been updated to be lighter and more powerful than its predecessor. The new systems pack Intel’s 10th Generation Core processors with up to six cores (Comet Lake-U) as well as all the traditional and latest connectivity technologies, all while weighing less than a kilogram.

To make the 2020 Portégé X30L-G lighter than its predecessors, Dynabook had to redesign it both inside and outside (for the first time in years). The laptop still comes in a familiar Onyx Blue magnesium alloy chassis and features a 13.3-inch display (up to Full-HD, IGZO, 470 nits brightness), albeit with slightly thinner bezels as well as a different hinge. The new internal and external architecture enabled Dynabook to reduce the weight of the Portégé X30L-G to 870 grams (~1.90 pounds), which is very low for a 13.3-inch machine. Despite the light weight of the laptop, its chassis is ‘engineered to meet’ MIL-STD-810G testing methodology standards for drop, temperature, humidity and dustproof, which should ensure that the notebook is rugged enough. 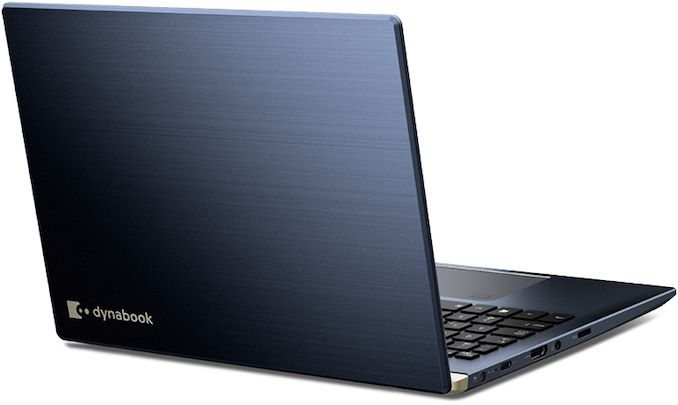 The new Dynabook Portégé X30L-G is based on Intel’s 10th Generation "Comet Lake" Core processors with built-in UHD Graphics, which enabled the company to optimize its internal structure and ultimately make the system lighter. The system supports up to 24 GB of DDR4 memory using onboard DRAM and an SO-DIMM slot, while storage is provided via an M.2 SSD, with Dynabook using both PCIe and SATA drives depending on the SKU.

As far as connectivity is concerned, the new notebook is equipped with a Wi-Fi 6 + Bluetooth 5 wireless module, a GbE port (which returns to a Portégé X30 after a couple of generations without it), one USB 3.0 Type-C connector, two USB 3.0 Type-A ports, a microSD card reader, an HDMI output, and a 3.5-mm combo audio jack. While the return of a GbE port is a rather remarkable event, the laptop no longer has a 4G/LTE option, or at least it is not mentioned in the press release and on the product page.

Other features of the Portégé X30L-G notebook include a backlit keyboard (but it is unclear whether it is also spill resistant), a microphone array, and DTS-badged speakers. Meanwhile, the laptop no longer has a trackpoint, which will be missed by loyal Toshiba Portégé customers that have been accustomed to it. 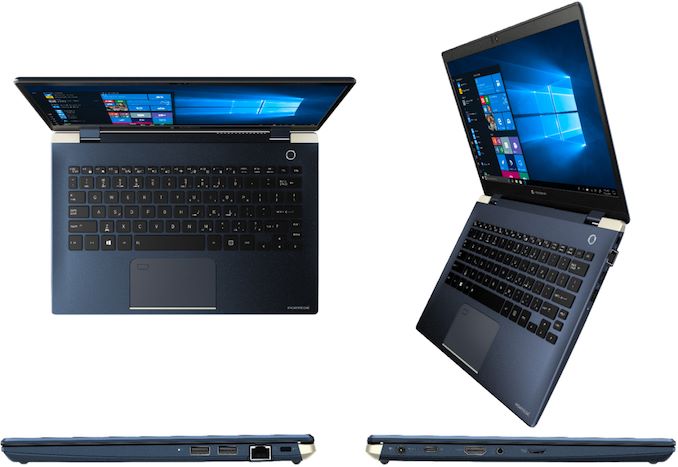