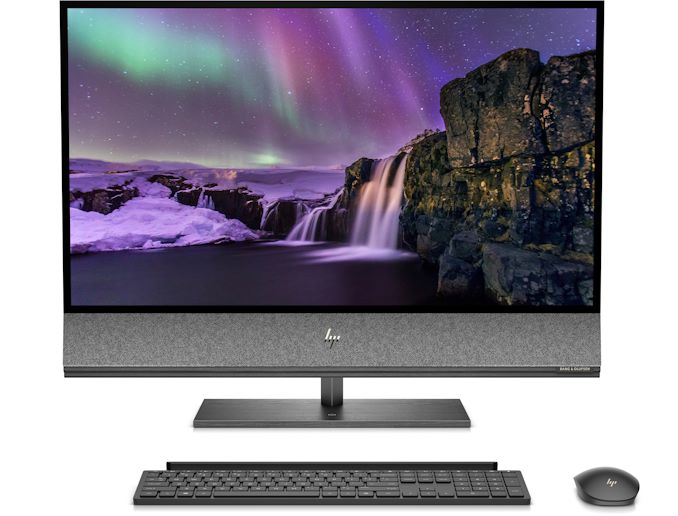 Although all-in-one desktops are rather popular among many casual users, high-performance AIOs remain exotic and yet have to take off. At CES 2020, HP has introduced its new Envy 32 All-in-One desktop with ingredients that will make many fully-fledged desktops jealous. The system has an advanced Intel Core i7 CPU, NVIDIA’s high-end GPU, a sophisticated audio sub-system, and, even more importantly, a very good 4K display. 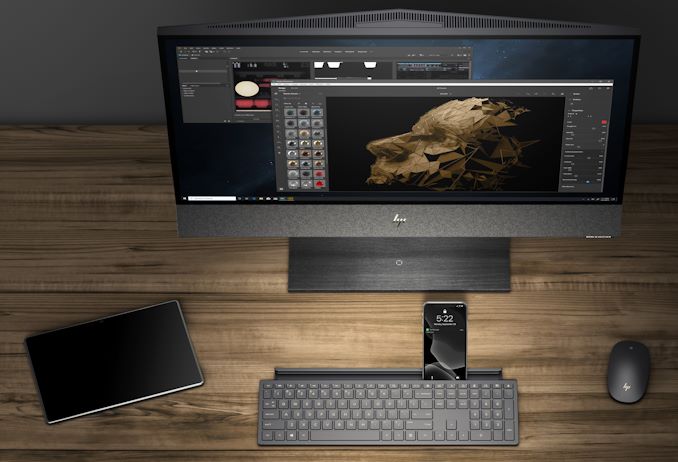 HP’s Envy 32 All-in-One system is based on Intel’s 9th Generation Core i7 processor with up to eight cores and up to 65 W TDP that is accompanied by up to NVIDIA’s GeForce RTX 2080 discrete GPU. The PC comes with NVIDIA Studio drivers certified by developers of over 40 professional creative and design applications, so it ready for these programs out-of-box. The machine can also be equipped with up to 32 GB of DDR4 memory as well as 1 TB PCIe SSD or even two drives. Considering the desktop components inside, and the socketed nature of the CPUs and memory, user-upgradability may even be possible. 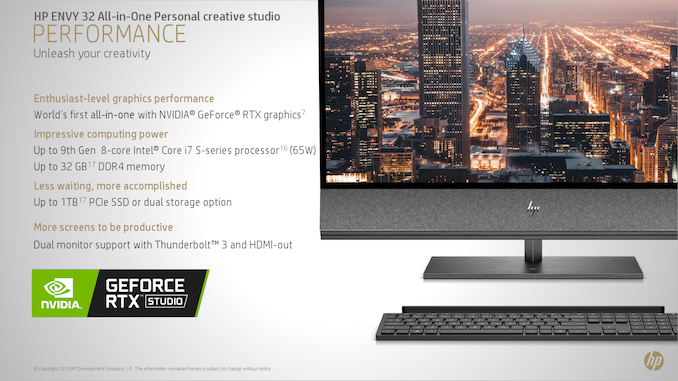 Considering rather powerful hardware inside the Envy 32 All-in-One, it is aimed at people who do some serious work and need more than one monitor and expanded storage. To that end, the AIO has a Thunderbolt 3 port and an HDMI output to connect a DAS and an additional displays. Quite naturally, there are also other ports available for peripherals and other expansions. Furthermore, expect the AIO to feature Wi-Fi and Bluetooth. 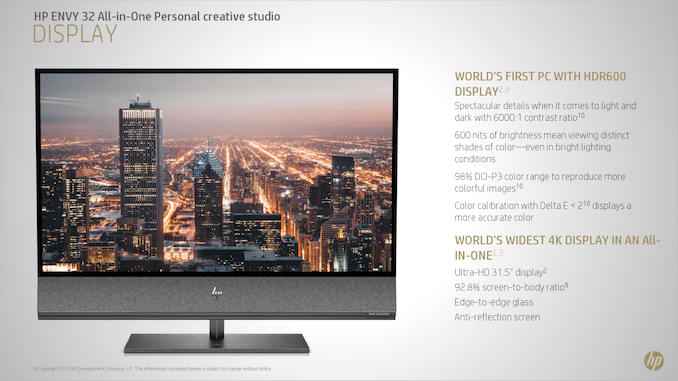 One of the key advantages of the Envy 32 All-in-One is its 31.5-inch 4K Ultra-HD monitor that features 600 nits brightness, a 6000:1 contrast ratio, and can display 98% of the DCI-P3 color space. This will make the Envy 32 the first PC display to feature HDR 600 certification. Also, the LCD will come factory-calibrated to a Delta E<2 accuracy. This will be the first  On top of the display is a pop-up webcam that physically turns on and pops up when it is needed by a legitimate Windows 10 application. 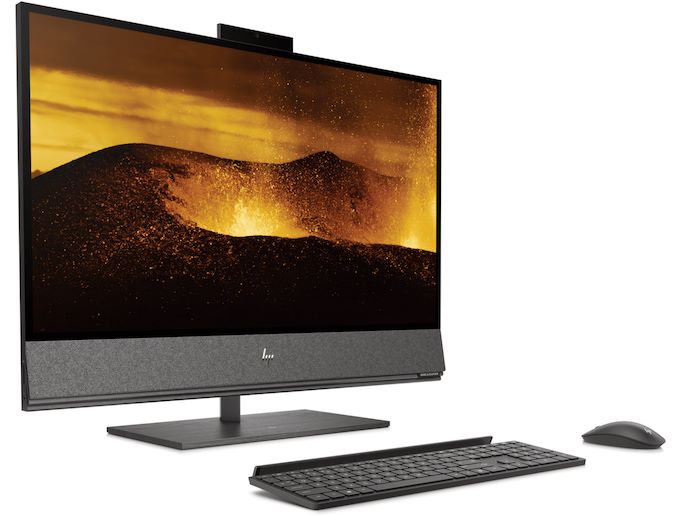 As for audio, the Envy 32 All-in-One comes with a 2.1 audio sub-system co-developed with Bang & Olufsen that features two tweeters, two medium drivers, and a woofer. It is noteworthy that the speakers can be used to stream audio from a Bluetooth-enabled smartphone or a tablet without turning the PC on. 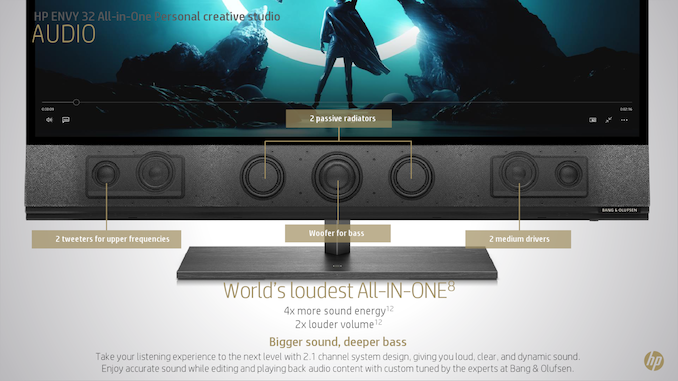 The HP Envy 32 All-in-One comes with a wireless Bluetooth keyboard and mouse. The former has a special slot for a smartphone and a tablet and assuming that these devices support external BT keyboards, Envy’s keyboard can be used to type SMS or emails. 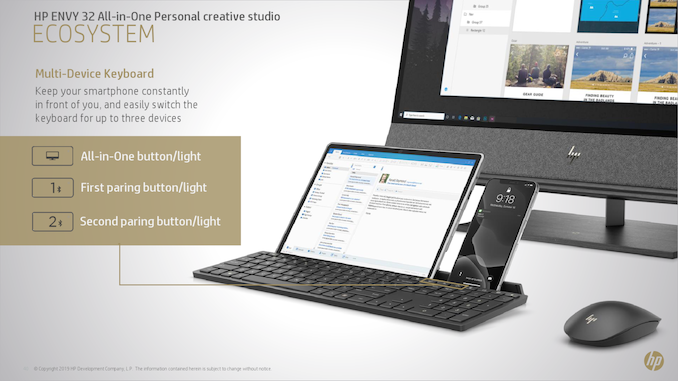 As for design, the Envy 32 All-in-One features a black chassis, ultra-thin display bezels, heathered acoustic cloth on the speakers, and a metal base with dark ash woodgrain finish. Speaking of the metal base, it also integrates a wireless charging pad. 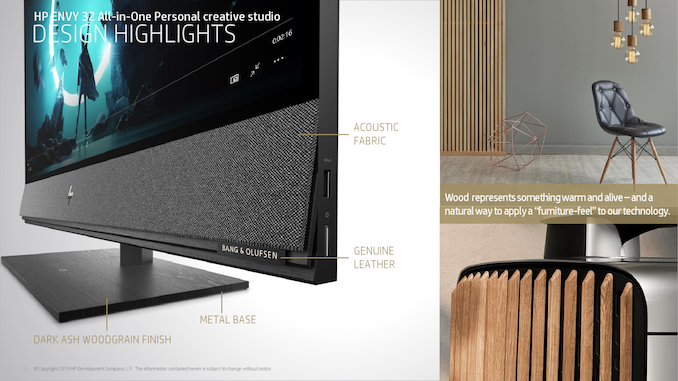 The new HP Envy 32 All-in-One is now available directly from HP as well as from leading retailers like Amazon or Best Buy. Entry-level configurations start at $1599.99, whereas higher-end machines are naturally more expensive. 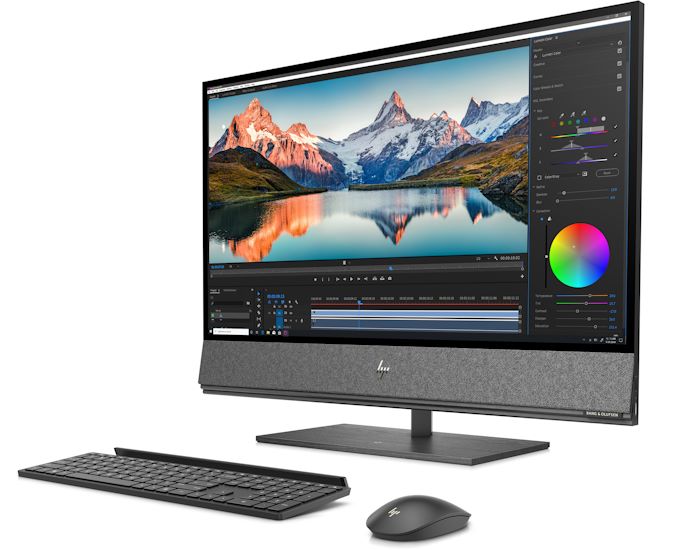