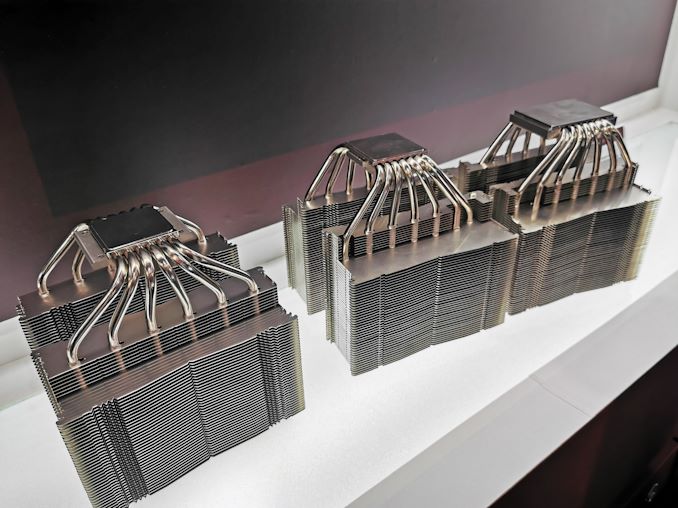 During Computex 2019, Noctua announced its plans to update its fabled D series of CPU coolers with a new design. The new, currently-unnamed coolers incorporate an extra heat pipe as compared to the current NH-D15 and NH-D15S, as well as increase performance and utilize an asymmetrical design for improved PCIe slot clearance. 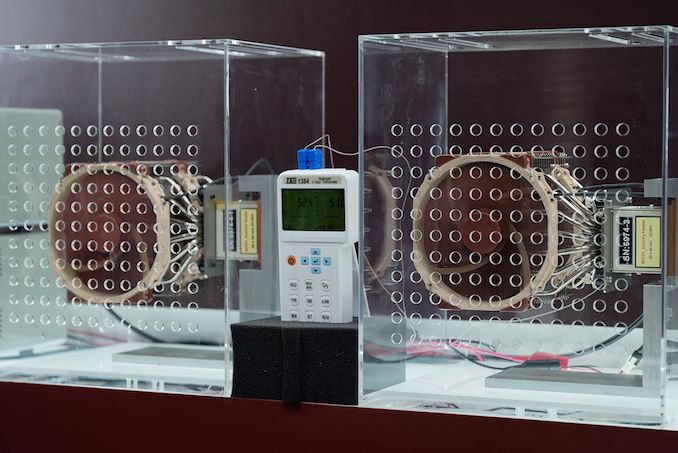 Noctua of course is well known in the air cooling market for its high quality fans and coolers, which are aimed at the premium end of the market and deliver some of the best performance on the on the market today. Not hurting the company's visibility either is their highly distinctive beige and brown color scheme, which make their products easy to tell apart from more commodity products.

At Computex in addition to its fanless concept CPU cooler design, Noctua also had its next generation of D series CPU cooler on display. The new cooler features seven heat pipes – up from the traditional six of the previous NH-D15 models – and the heatsink itself has been tweaked to offer 10% more surface area for heat dissipation than previous models. One of the most interesting aspects is that Noctua revealed that the new D series coolers are designed to dissipate up to 400 W of heat, which makes them highly suitable for beefier sockets such as AMD's TR4 and SP3.

Showing off one of the prototypes in action, the company had one of the new coolers setup against one of its current NH-D15 models in a custom designed test chamber, using the two otherwise-identical test systems to show the differences in performance between the two models. And since this was designed to be a test of the heatsink and not the fans, only the heatsink itself was swapped here; both systems used the same NF-A15 PWM cooling fans. 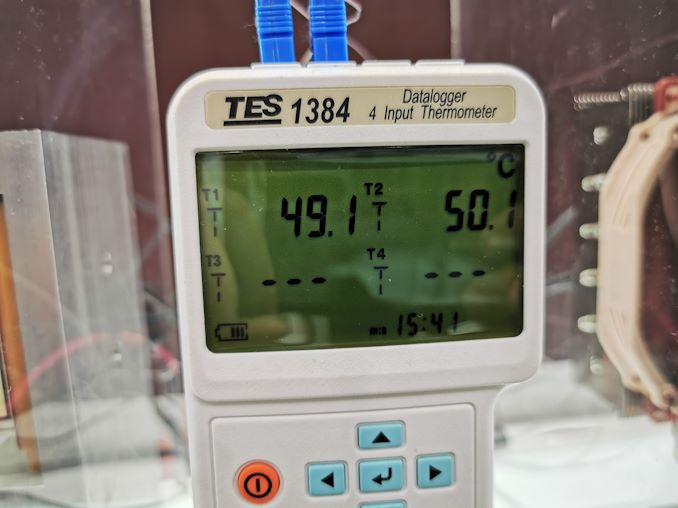 The new D series cooler is on the left, the pre-existing NH-D15 is on the right

Overall we didn't see a massive difference – and to be fair, it was very hot (ed: Taipei in June), so ambient temperatures were running high – but none the less, the prototype cooler did come out consistently ahead of the NH-D15. In its custom chamber, the new D series cooler had one degree advantage over its predecessor. 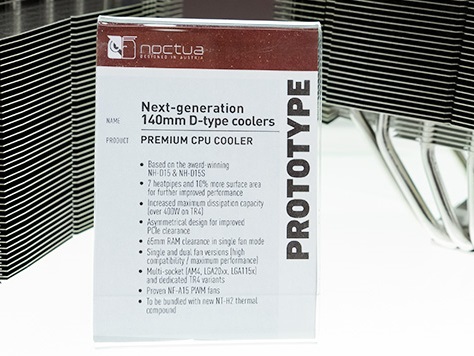 Shifting gears to retail matters, Noctua is planning on releasing two versions of the new D series coolers, rolling out both a single fan model and a dual fan model. The new coolers will include a traditional multi-socket mounting kit, which will support AM4, LGA20xx, and LGA115x. Meanwhile there will be separate dedicated TR4 models due to the larger base plate needed to properly match the large IHS used on AMD's Threadripper processors. Each cooler will also be bundled with a tube of its new NT-H2 thermal compound.

At this point the company hasn't announced an official release date, but it's likely that the next generation of D-type coolers will be available by the end of the year, with a pricing structure similar to that of the current NH-D15 and NH-D15S models.