Highly competitive motherboard manufacturer ASRock revealed its X570 motherboard line-up ahead of the Ryzen 3000 series processors launch. Its 13th iteration of the Taichi design, the ASRock X570 Taichi includes a new RGB inspired design and shifts away from the black and white theme. Included is support for Wi-Fi 6, and interestingly supports DDR4-4666 for the new Ryzen 3000 series of processors. 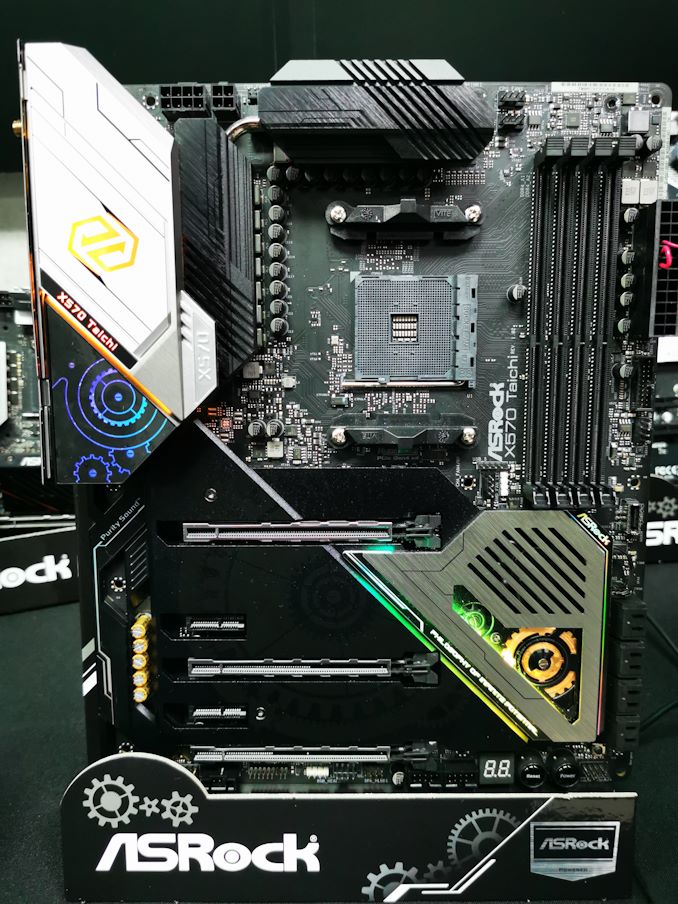 The ASRock X570 Taichi redefines the range and marks a change in aesthetics across the entirety of the board. Its favored cogwheel design is still a main element of the design but it now includes black heatsink armor around the PCIe slot area. The X570 chipset is actively cooled by a fan, mainly due to the X570 chipsets tendency to run warmer than previous generations. On the rear panel cover as with the chipset heatsink is ARGB for users looking to make a visual statement with their system. The X570 Taichi uses a 14-phase power delivery and has one 8-pin and one 4-pin 12 V CPU power inputs. On the rear panel is a single Intel I211-AT Gigabit port, and features the new 802.11ax Killer AX1650 Wi-Fi 6 wireless adapter. 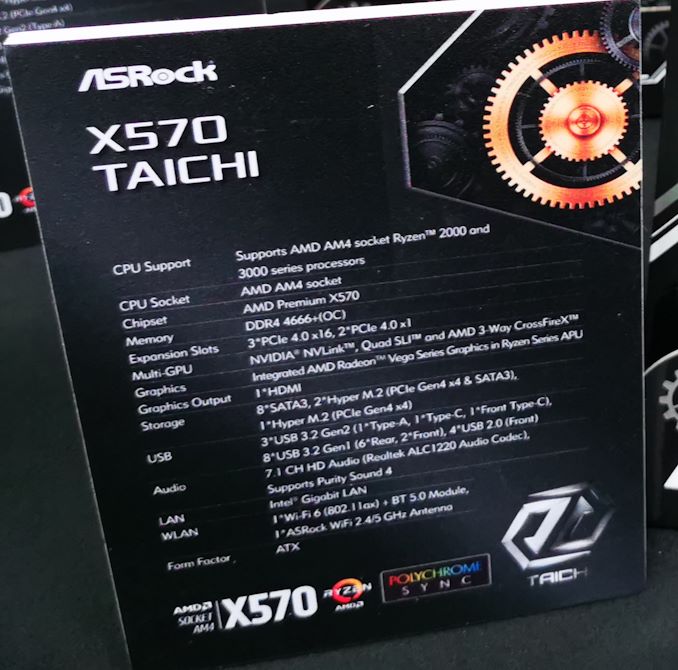 On the X570 Taichi is three full-length PCIe 4.0 slots operating at x16, x8/x8, and x8/x8/x4, with two PCIe 4.0 x1 slots. Underneath the heatsink armor is three PCIe 4.0 M.2 slots, while the board also supports up to eight SATA devices. For users looking for Thunderbolt connectivity, a Thunderbolt AIC 5-pin connector is present, but support is limited to ASRock's separately supplied AIC card. A total of four memory slots with support for DDR4-4666 are present, with a maximum supported capacity of up to 128 GB. This marks noticeable improvement n terms of the integrated memory controller on the Ryzen 3000 processors; real-world scenarios with speeds this high are still yet to be seen.

Pricing and availability are currently unknown, but it's expected to be jointly launched alongside the Ryzen 3000 series processors.