Last year, Intel showcased a CPU during its keynote a processor with all of its cores at 5 GHz. Today, that becomes a reality – Intel is set to launch a processor that promises that frequency in any scenario. The new Core i9-9900KS is an 8-core processor that will run at 5.0 GHz during single core workloads and multi-core workloads.

That demo last year was on an overclockable 28-core Xeon CPU, but in reality was clocked way lower. There was even a good amount of controversy, as Intel didn’t state at the time they were using a sub-zero chiller to achieve that result. But this year we’re getting something a little more realistic. The new Core i9-9900KS uses the same silicon currently in the i9-9900K, but selectively binned in order to achieve 5.0 GHz on every core, all of the time. 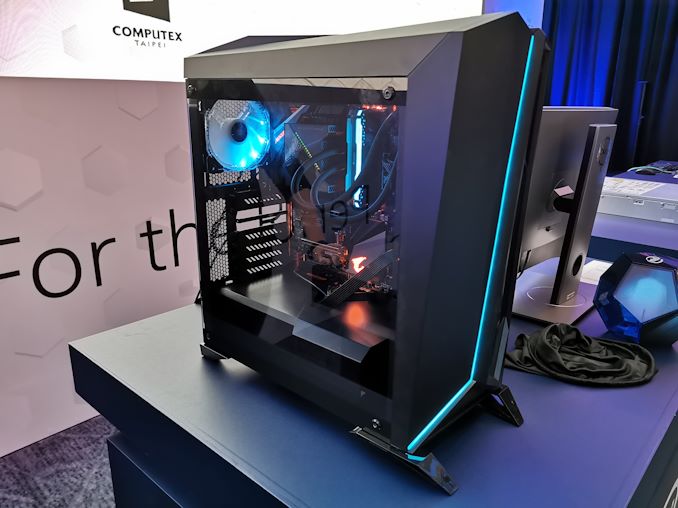 Technically the CPU has a base frequency of 4.0 GHz, however it will only ever go down to that amount based on a default Intel BIOS (no consumer board uses the base BIOS specifications). The new CPU will be enabled in the same motherboards as the Core i9-9900K, but with a small firmware update. The CPU also has the same integrated graphics as the Core i9-9900K.

Intel did not tell us the TDP yet, but we will update this article when we know. Pricing and the launch date are also an unknown, however Intel SVP and GM Gregory Bryant is running a keynote here at Computex in a couple of days, and we expect to have the details then.

Update 05/28: As part of his Computex keynote, Gregory Bryant has confirmed that the processor is launching in Q4 of this year. Pricing and TDP will presumably be announced much closer to the actual launch.

The main difference compared to the Core i9-9900K is currently that all-core turbo value, which is a flat 5.0 GHz, a 300 MHz increase. There's a slight chance Intel might have increased the TDP, especially given that the base frequency (which TDP is built on) has increased 10% from 3.6 GHz to 4.0 GHz.

Intel did have a demo system for us to look at, which used a standard off-the-shelf motherboard and a closed loop liquid cooler. Intel confirmed that the chip is soldered, and that this is just simply the same silicon as the 9900K but better binned.

More info in a couple of days.