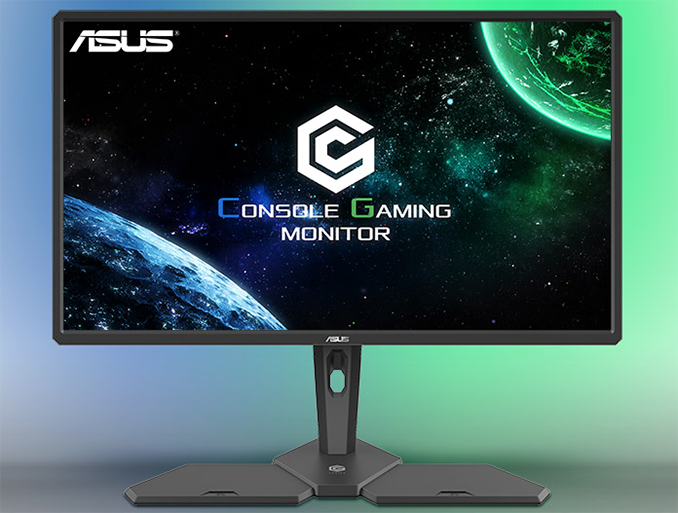 ASUS has been offering displays designed especially for console gaming for over 1.5 years now, primarily targeting mainstream PlayStation 4 and Xbox One machines and thus offering a Full HD resolution. At Computex, the company is rolling out its brand new CG32UQ monitor that is designed for the PlayStation 4 Pro and the Xbox One X that can handle games in an Ultra HD 4K resolution with a number of perks. Meanwhile, the specs of the unit will certainly make it appealing to entertainment enthusiasts in general.

The ASUS CG32UQ is based on a 31.5-inch VA pane featuring a 3840×2160 resolution and an up to 60 Hz refresh rate. The LCD carries VESA’s DisplayHDR 600 badge and therefore supports a peak brightness of 600 nits and the HDR10. The monitor can cover up to 95% of the DCI-P3 color gamut, but ASUS says nothing about the sRGB (though this is something to be expected as people still play games designed for the sRGB). An important thing to note is that the CG32UQ supports AMD’s FreeSync with a 40 Hz to 60 Hz range (ASUS still calls the tech Adaptive-Sync because the monitor has not yet passed AMD’s compliance tests, but this is generally not a problem). In addition, the product has a 13 ms input lag. 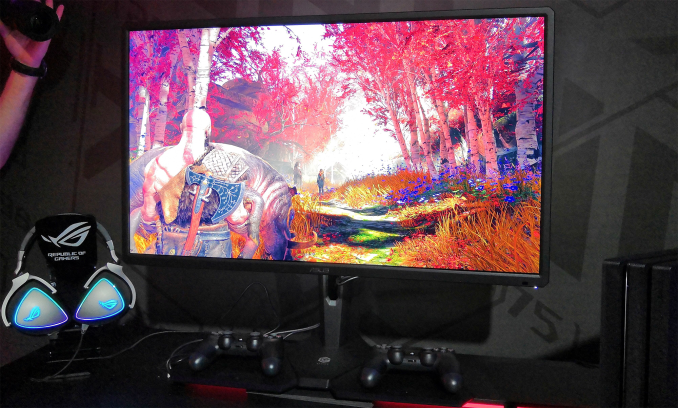 The top-of-the-range console gaming monitor from ASUS has three HDMI inputs and one DisplayPort 1.2 header, so it can connect two latest consoles from Microsoft and Sony and then a PC or two. In addition, the monitor has two 5W speakers along with a 3.5-mm audio output for headphones. Finally, it has a quad-port USB 3.0 hub predominantly to charge gamepads. 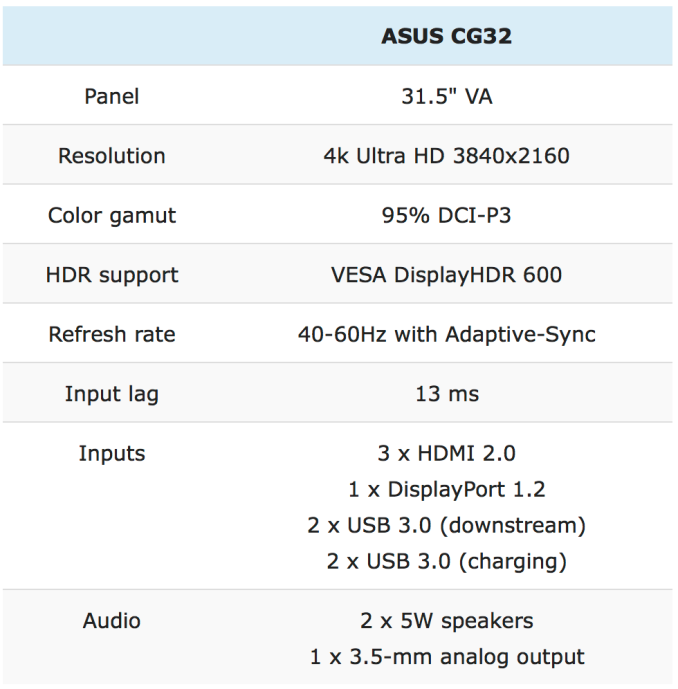 One of the interesting bonus features of the ASUS CG32UQ is its Halo Sync lighting technology that has 38 LEDs and uses them to match ambient room lighting to what is happening on the screen. To a large degree, this tech resembles Philips’ amBX as well as TPV’s Ambiglow technology.

Since console gamers tend to sit away from their screens when gaming or watching movies, ASUS plans to include a remote that adjusts the brightness, changes inputs, and performs other OSD functions. 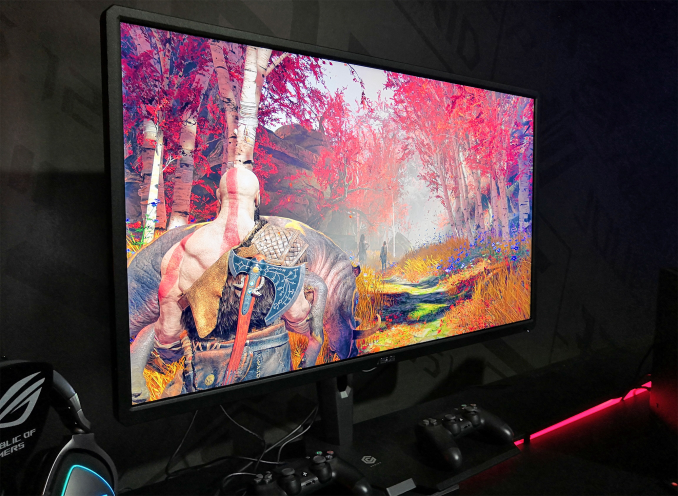 ASUS plans to showcase the CG32UQ 4K console gaming monitor at Computex, but at present, the company does not make any hard promises regarding pricing or availability timeframe of the product. It is safe to bet that the display will hit the market this year, but pricing is something that remains to be seen.