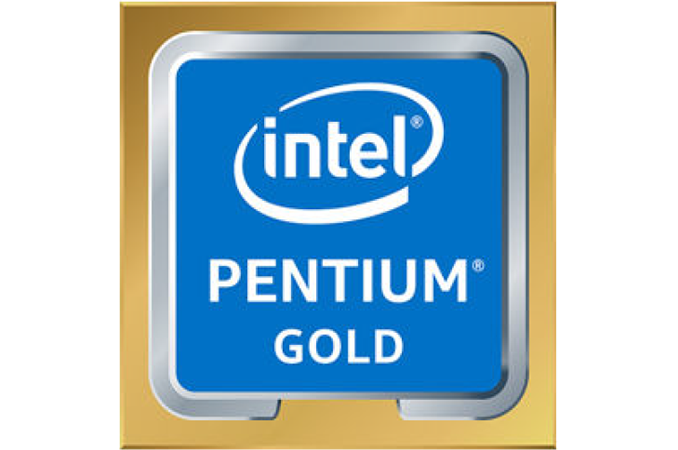 Starting from November 2nd, Intel’s boxed Pentium G4560, G4600, and G4620 processors will carry the Pentium Gold brand. These parts were launched in Q1 2017, and are dual-core CPUs with Hyper-Threading technology and an improved integrated GPU.

With the name changes also comes a slight branding and retail packaging update. The first is with their “Piggyback label” (included sticker attached to the instructions), which changes from the ‘PCB’ die map as a background to gold. Instead of saying Pentium inside, it now says Pentium Gold with the Intel name above it.

The outside of the retail packaging carton some changes are made as well. Where it used to simply say “Desktop Processor” now says “Intel Pentium Gold Desktop Processor.” 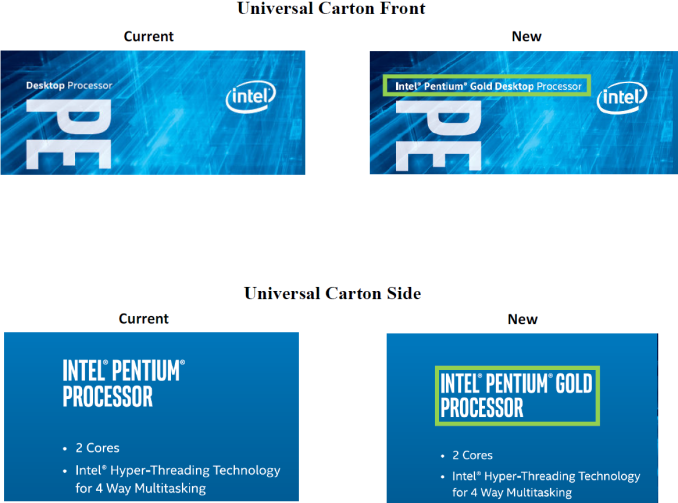 There are unofficial reports claiming that Intel is also preparing Pentium Silver products, thus splitting the desktop Pentium lineup into two groups. The Pentium Gold family evidently consists of the mainstream desktop (MSDT) processors based on the high-performance Core-branded microarchitecture. According to some reports, the Pentium Silver lineup will use the ultra-low power (ULP) codenamed Gemini Lake microarchitecture, but we cannot confirm this independently.