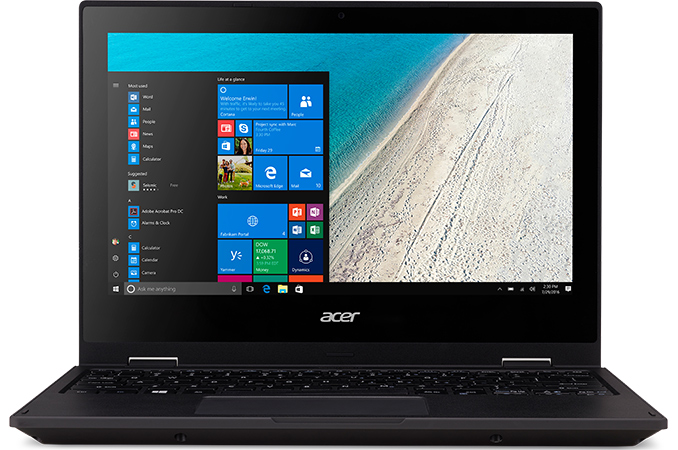 Acer on Tuesday launched its new low-cost PC, the TravelMate Spin B1. The new entry-level mobile computer comes in a convertible form-factor and is powered by Microsoft’s newly-announced Windows 10 S operating system. The device is aimed at students and will rival various Chromebooks from both Acer itself as well as other suppliers.

The Acer TravelMate Spin B1 (B118) is based on Intel’s Apollo Lake platform featuring the Celeron N3450 SoC (four Goldmont cores clocked at 1.1 – 2.2 GHz, 2 MB cache, 6 W TDP, Intel HD Graphics 500 with 12 EUs) as well as Microsoft’s new Windows 10 S, which is a feature-limited edition designed primarily for the education market. Windows 10 S has a faster boot process and supports general features of the operating system (including the Cortana assistant), but can only run applications obtained from the Microsoft Store and has some additional limitations. The main purpose of the Windows 10 S is to enable Microsoft to better compete against Google’s Chrome OS-based laptops.

One of the key selling points of the TravelMate Spin B1 (apart from the OS) is its 11.6” IPS display with a 1920×1080 resolution, which additionally features 10-point multitouch and has a 360-degree hinge supporting notebook, tablet, display and tent modes. The capabilities of the display look rather advanced for an entry-level PC, and as a further kicker, Acer supplies the computer with an active stylus that supports the Windows Ink technology. 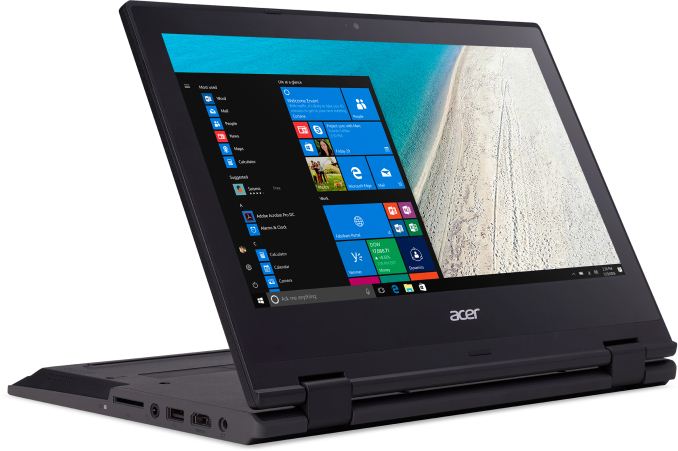 As for the other specifications, they seem to be in-line with other entry-level laptops available today. The TravelMate Spin B1 is equipped with 4 GB of DDR3L memory, 64 GB of eMMC storage, a dual-band 802.11ac 2×2 MIMO Wi-Fi, Bluetooth 4.0, a GbE port, USB ports, a webcam, an SD card reader, a touchpad, a spill-resistant keyboard, and so on.

The entry level system from Acer is 0.9” (23.4 mm) thick, it is made of plastic and weighs around 3.3 lb (1.5 kg), which is comparable to competing Chromebooks designed for education market.

The Acer TravelMate Spin B1 is available now from select retailers starting at $299.99 in the U.S. In the coming weeks and month, Acer plans to start sales of the product in other countries, but actual prices and configurations will differ there.