The ECS LIVA Z Plus was evaluated using our standard test suite for low power desktops / industrial PCs. Not all benchmarks were processed on all the machines due to updates in our testing procedures. Therefore, the list of PCs in each graph might not be the same. In the first section, we will be looking at SYSmark 2014 SE, as well as some of the Futuremark benchmarks. 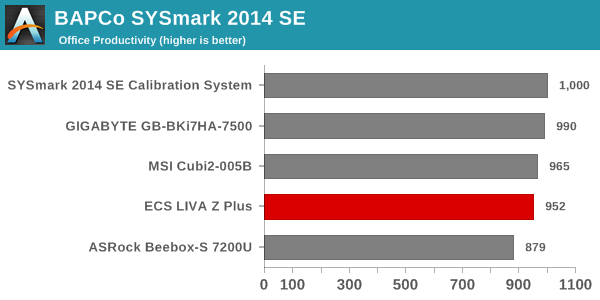 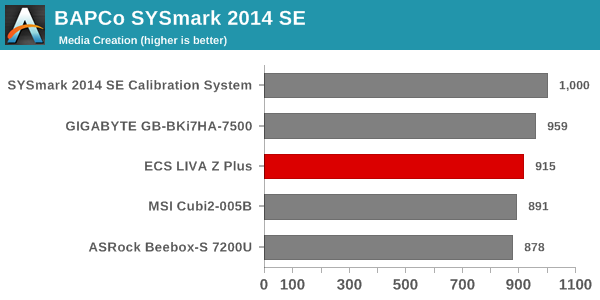 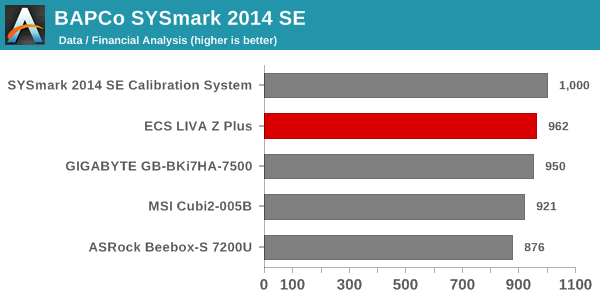 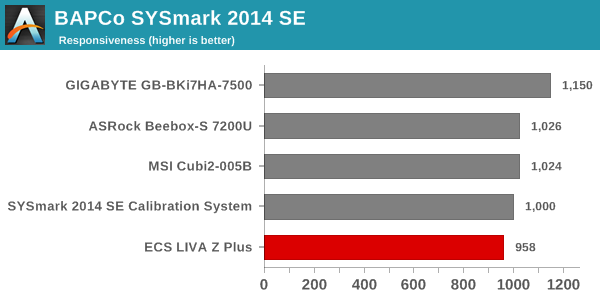 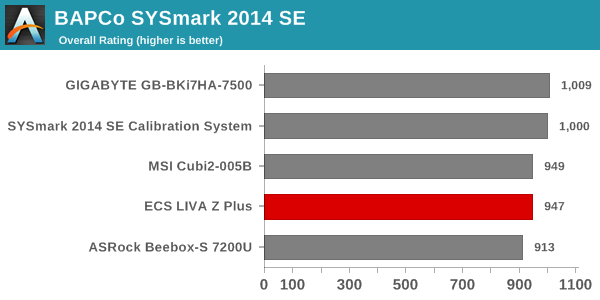 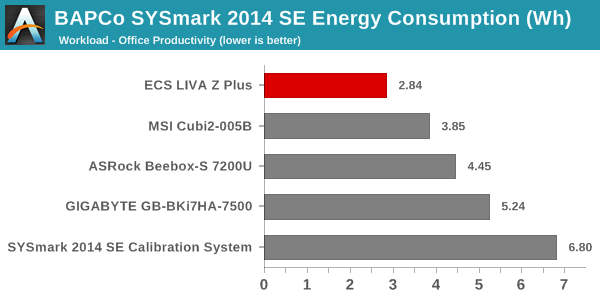 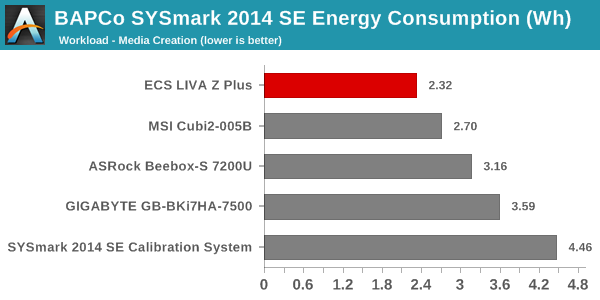 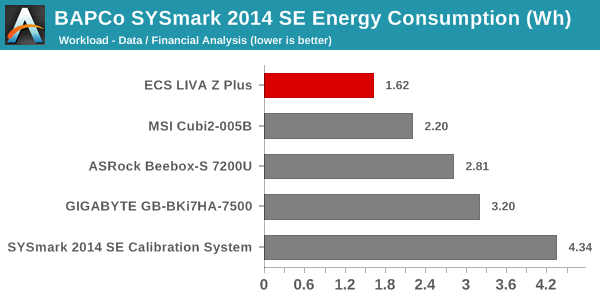 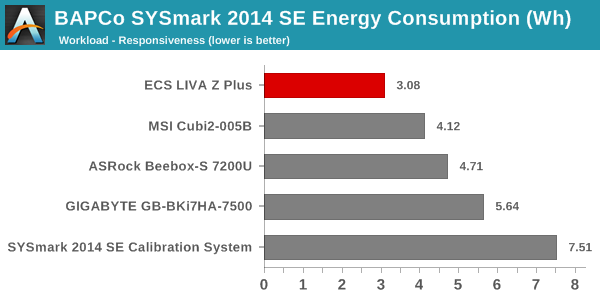 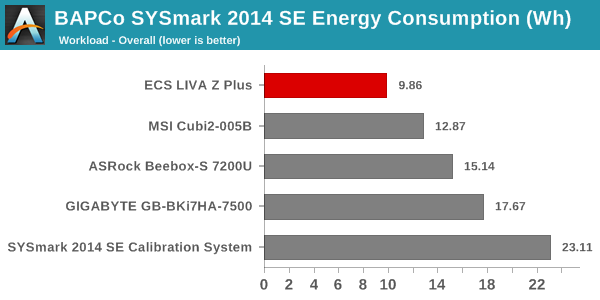 The LIVA Z Plus is equipped with the Core i5-7300U, which has a slightly higher base frequency compared to the Core i5-7200U in the Beebox. However, the amount of L2 cache as well as the base frequency is better for the Core i7s in the MSI Cubi 2 and the BRIX systems in the above graphs. However, the LIVA Z Plus leaves some performance on the table by only using one of the two available SODIMM slots. That, combined with a SATA SSD (instead of NVMe), does help in lowering the energy consumed during the various SYSmark 2014 SE workloads.

PCMark 8 provides various usage scenarios (home, creative and work) and offers ways to benchmark both baseline (CPU-only) as well as OpenCL accelerated (CPU + GPU) performance. We benchmarked select PCs for the OpenCL accelerated performance in all three usage scenarios. These scores are heavily influenced by the CPU in the system, as well as the memory configuration. The ECS LIVA Z Plus comes in the middle of the pack in these benchmarks. 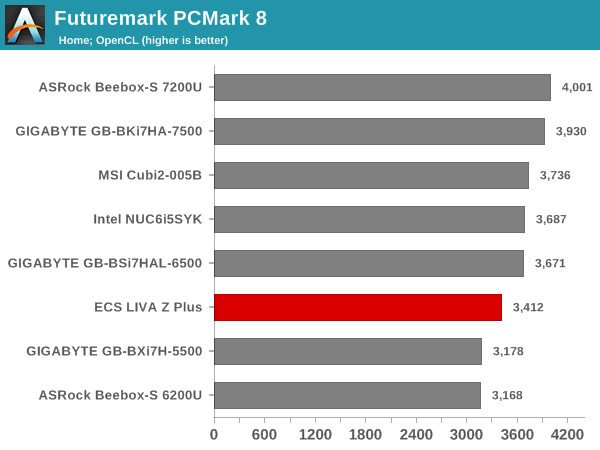 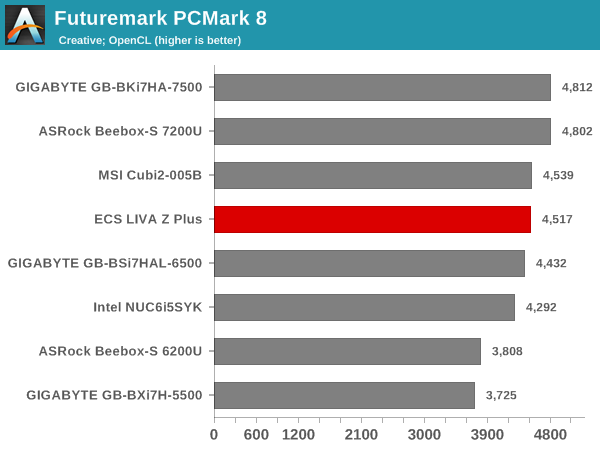 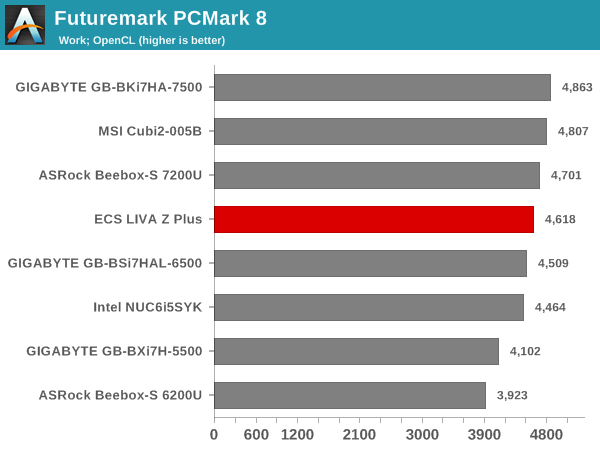 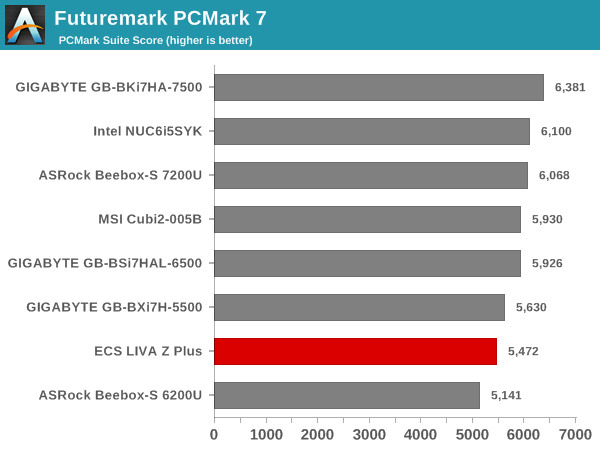 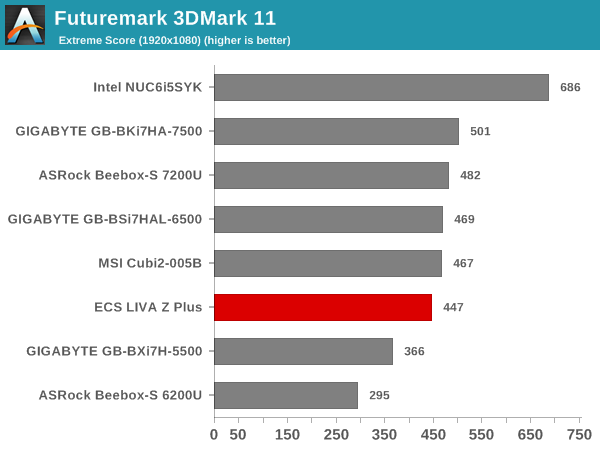 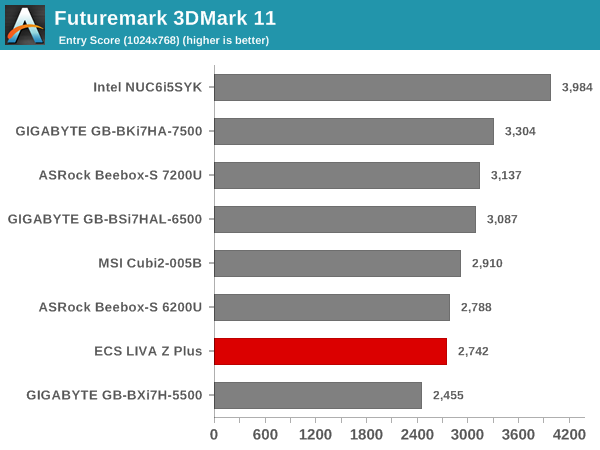 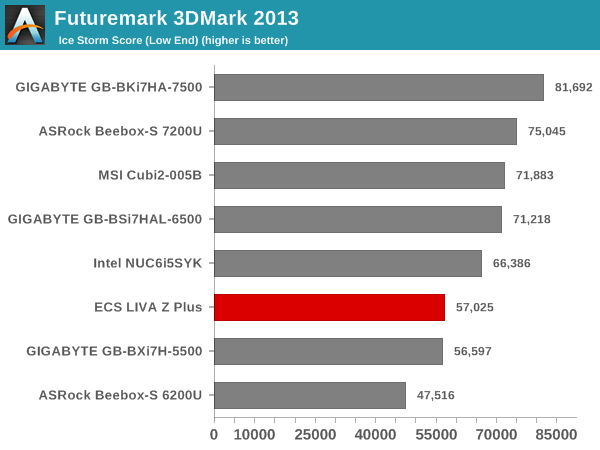 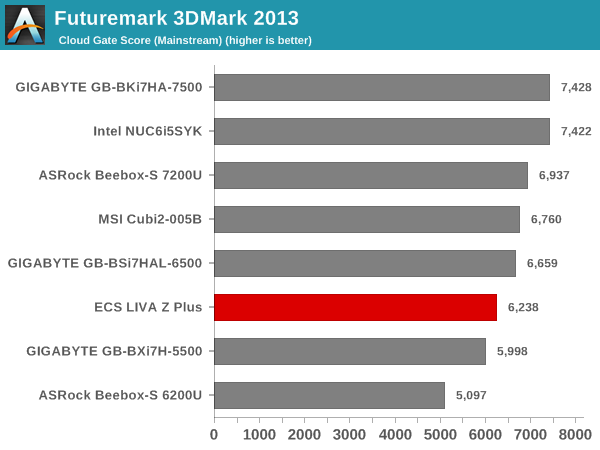 We have moved on from R11.5 to R15 for 3D rendering evaluation. CINEBENCH R15 provides three benchmark modes - OpenGL, single threaded and multi-threaded. Evaluation of select PCs in all three modes provided us the following results. On the CPU-limited workloads, we find that the higher base frequency and turbo speeds help the ECS LIVA Z Plus land in the top three. The OpenGL version is probably handicapped by the memory configuration, considering that the GPU operating frequencies are pretty much the same across all the considered KBL-U PCs. 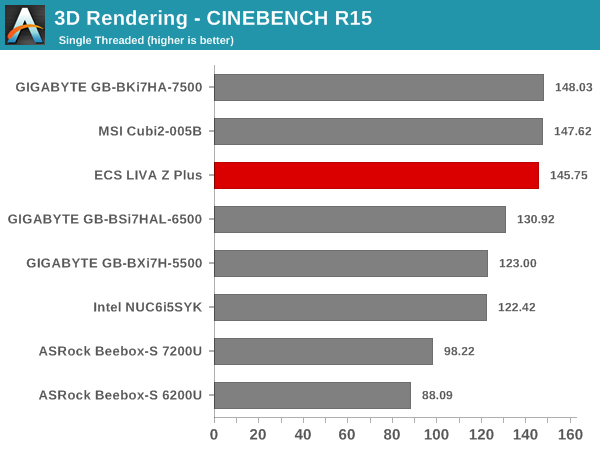 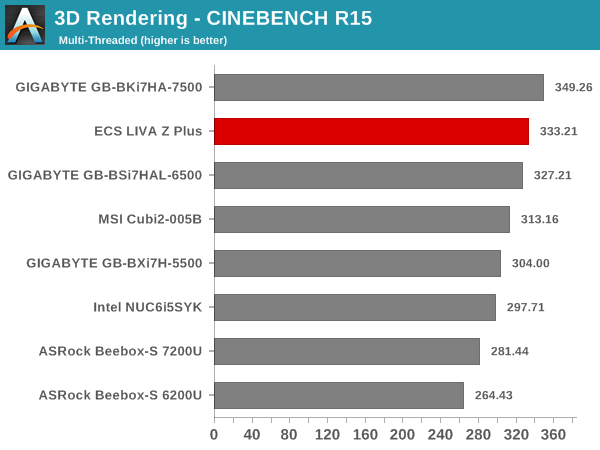 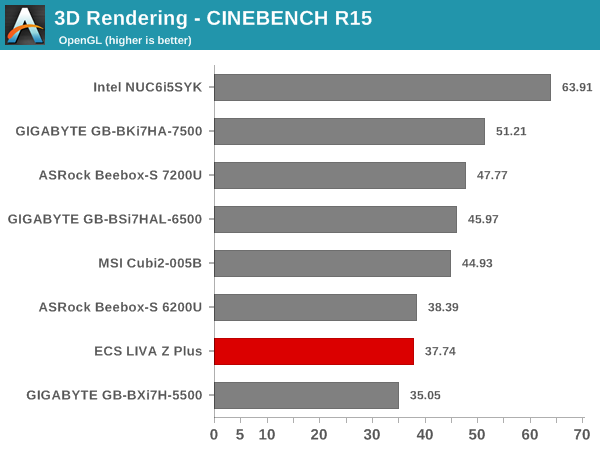