Intel talked a bit about the performance of the Centrino platform by comparing the following platforms: a 1.2GHz mobile Pentium III, 2.4GHz Pentium 4-M and a 1.6GHz Pentium M Centrino system.

Intel ran a series of unspecified tests on the three platforms simultaneously, all Intel informed us of was the fact that they were doing everything from Spreadsheet tasks to DVD creation tasks. It sounds to us like they did a lot of multitasking involving video encoding as well as some basic office tasks, and obviously the test was designed to show off the performance of the Pentium M processor as best as possible.

The outcome of the test was quite positive, here are Intel's official results: 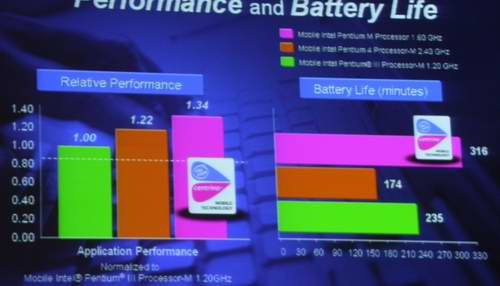 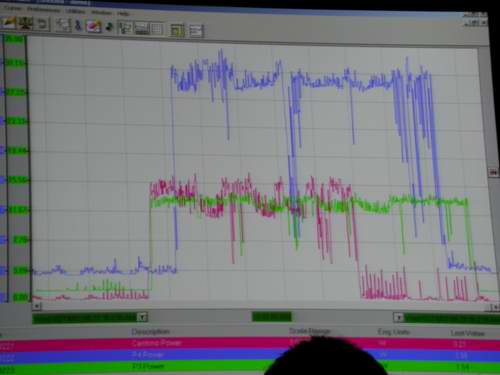 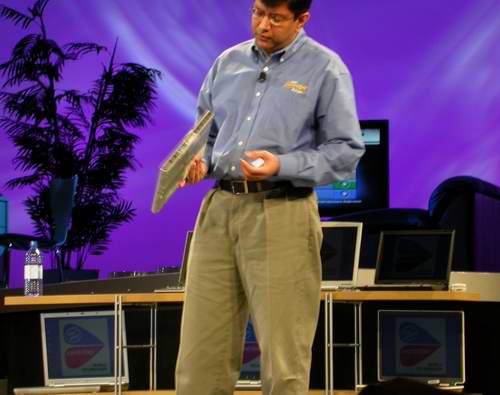 Anand Chandrasekher finished up his portion of the keynote by showing off solutions from most of the major vendors, including two proud Taiwanese makers - ASUS and FIC. 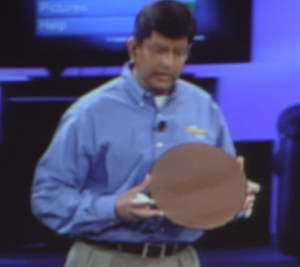 Anand did make a brief mention about the future of the Pentium M processor with a few words about the 90nm successor to Banias codenamed Dothan. Although much hasn't been disclosed about Dothan, we can say that it will have a massive 2MB L2 cache which is simply incredible when it comes to a mobile CPU. Dothan is due out at the beginning of 2004 and is pin compatible with the current Pentium M processor and will work in all current Centrino platforms.