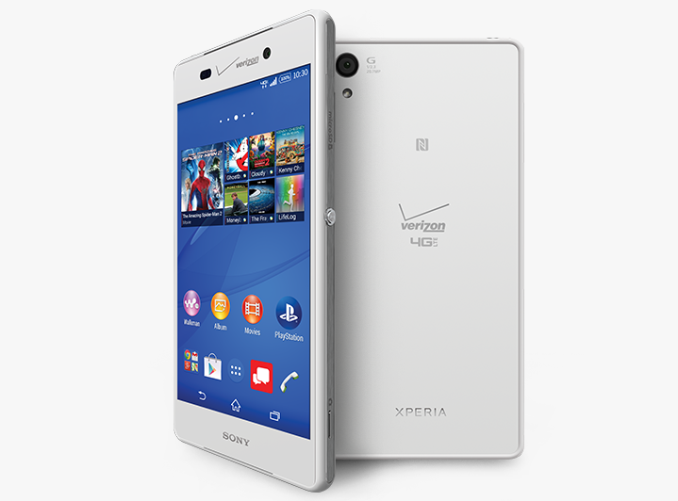 Consumers in the United States have typically been unable to purchase Sony smartphones if their carrier is Verizon. The carrier's lineup has been devoid of any Xperia offerings for quite some time. One exception was the Xperia Play which launched exclusively on Verizon in the United States 3 years ago. Since then we haven't seen much in the way of collaboration between the two companies beyond a few tablet launches. That ends today with the launch of the Sony Xperia Z3v on Verizon.

There are a few changes with the Verizon exclusive Z3v. The design of the chassis has some alterations. The sides of the phone in particular are flatter than the international Z3, and because of this the Z3v looks more visually similar to the Xperia Z2 than the Z3. The phone also has a couple of improvements over the Z3. The first is the addition of Qi inductive charging, and the other is a small boost in battery capacity from 11.78Whr to 12.16Whr.

The Z3v will be launching on October 23 for $199 on a 2 year term. Users who are interested in more information can check out Verizon's sign up page for the new device.

Source: Sony via The Verge